ICOR Statement Commemorating the Crushing of Hitler's Fascism on May 8, 1945 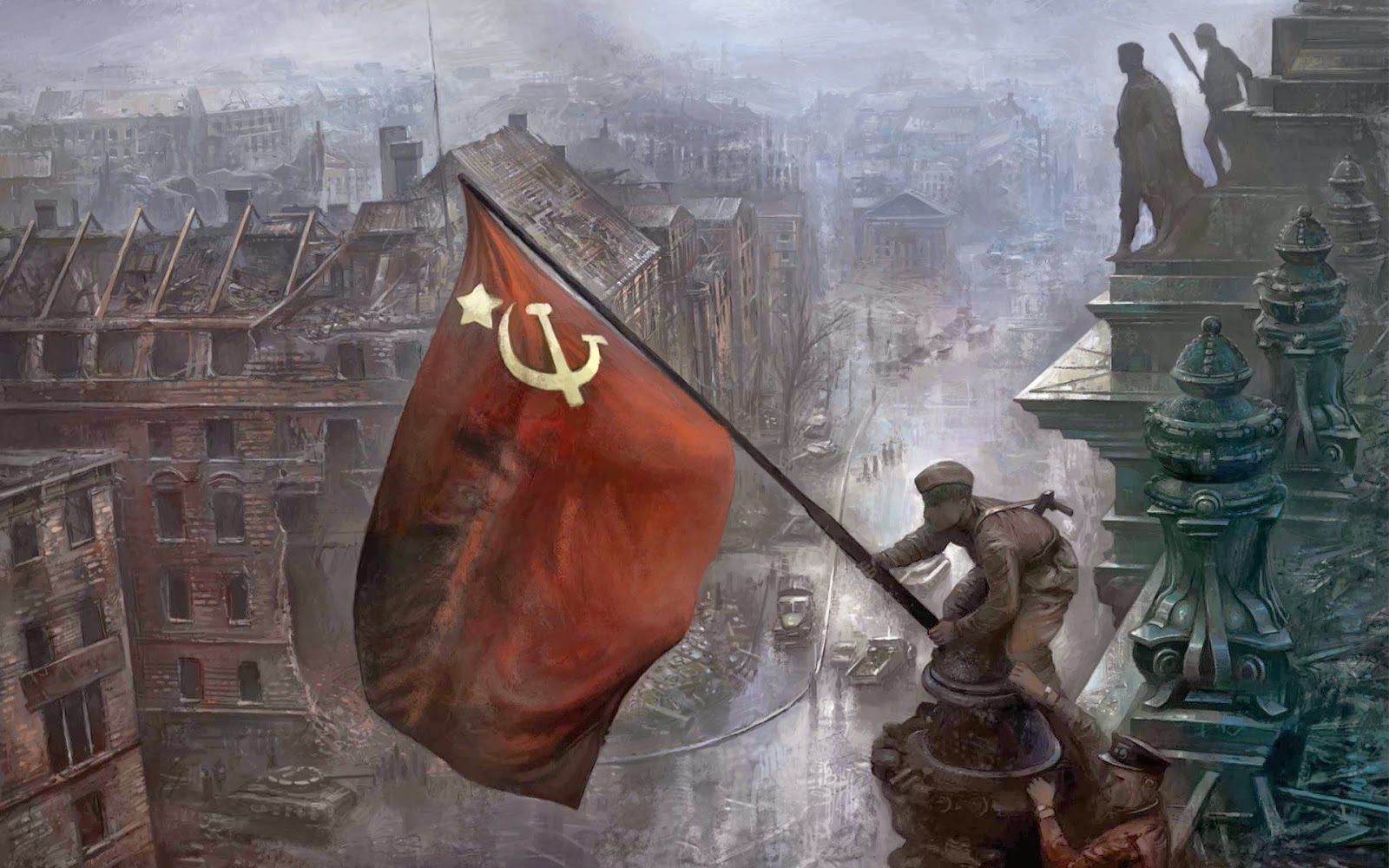 Today marks the 76th anniversary of the victory in the War Against Fascism. It was celebrated in the Soviet Union on May 9. It is worth adding to the ICOR Statement that the Soviet Union was the only country which opened its borders to Jewish people, Gypsies, communists and trade unionists fleeing fascist/nazi pogroms in Germay, Poland, and Rumania in the 1930s - early 1940s.  A fact constantly denied and erased by the Zionists and imperialists.

ICOR commemorates the crushing of Hitler's fascism on May 8.
Many ICOR organizations celebrate a common day of struggle against fascism and imperialist war on May 8. This day has international significance. Esther Bejarano, today 96 years old and one of the last survivors, demands that May 8 becomes a public holiday. She says "We remember in order to change. The key to this is the youth." They must become steadfast fighters for the future.
On May 8, 1945, the fascist tyranny of Hitler's Germany ended with the surrender of the German General Staff at Soviet headquarters in Berlin. It was the victorious Red Army of the socialist Soviet Union that finally beat the fascist monster to the ground. The German people and the peoples of Europe enslaved by the Nazis were liberated.
Through "blitzkriegs" Hitler had invaded almost all European countries in order to strengthen the starting position of German imperialism in the struggle with British and American imperialism for world domination. His main goal, however, was the conquest and destruction of the socialist Soviet Union in order to extinguish once and for all the perspective of revolutionary liberation to communism. However, things turned out differently.
Under the leadership of the proletariat and its revolutionary party, the masses had managed to free themselves from the yoke of capitalism in Russia and build socialism in the Soviet Union. In their eyes, the war against the German fascist armies was a war of liberation of the whole Soviet people. In a radio address on July 3, 1941, Stalin called for:
"The aim of this patriotic national war in defense of our country against the fascist oppressors is not only to eliminate the danger hovering over our country, but also to stand by all the peoples groaning under the yoke of German fascism. In this war of liberation we shall not stand alone."
It was socialist consciousness that enabled the Soviet masses in a great united front to wage the struggle to final liberation at unimaginable sacrifice. It was only when the Soviet armies drove the defeated fascist troops ahead of them all the way to Germany that England and America opened a second front with the D-Day invasion in 1944, so as not to leave victory over Hitler's Germany to the Red Army alone.
Today, 76 years after the victory over Hitler's fascism, the peoples of the world face new tasks. The general tendency to imperialist war preparation intensifies the danger of war. It is increasingly expressed in the rise of fascist movements, in trade wars, massive rearmament, large-scale military maneuvers, through targeted provocations, threatened invasions, local conflicts up to direct confrontation of imperialist countries, and ultimately goes as far as the imminent danger of a Third World War.
In the network of EU imperialism, Germany now takes the leading role. Within the framework of NATO, Germany is deploying military units abroad with increasing frequency. The main war driver today is the USA imperialism. American troops are deploying on the Russian border within the framework of NATO. U.S. President Biden is openly threatening China with the use of nuclear weapons, because China is beginning to challenge the U.S. for its role as the sole superpower, not only economically but also politically and militarily.
The May call of the Anti-Imperialist and Anti-Fascist United Front, founded a few weeks ago, states: "Today the broadest anti-imperialist union is needed more than ever! The world is in unrest, mass struggles and uprisings are increasing. The answer of the ruling classes to this is the right-wing development of the governments, fascization of the state apparatuses, fascism, racism and oppression, ideologically dressed up with aggressive anti-communism. In this sharp social polarization, more and more the question arises: what is the way out?"
Today, when we commemorate the victory over Nazi fascism on May 8, it means first of all to pay tribute to the decisive role of the victorious Red Army. It is necessary to oppose the anti-communism that divides the anti-fascist struggle.
• Forward with the building of the International Anti-Imperialist and Anti-Fascist United Front! (AIAFUF)
• Glory to the Red Army of the Socialist Soviet Union led by Stalin!
• Forward to socialism!
• Proletarians of all countries, unite!
• Proletarians of all countries and oppressed peoples, unite!