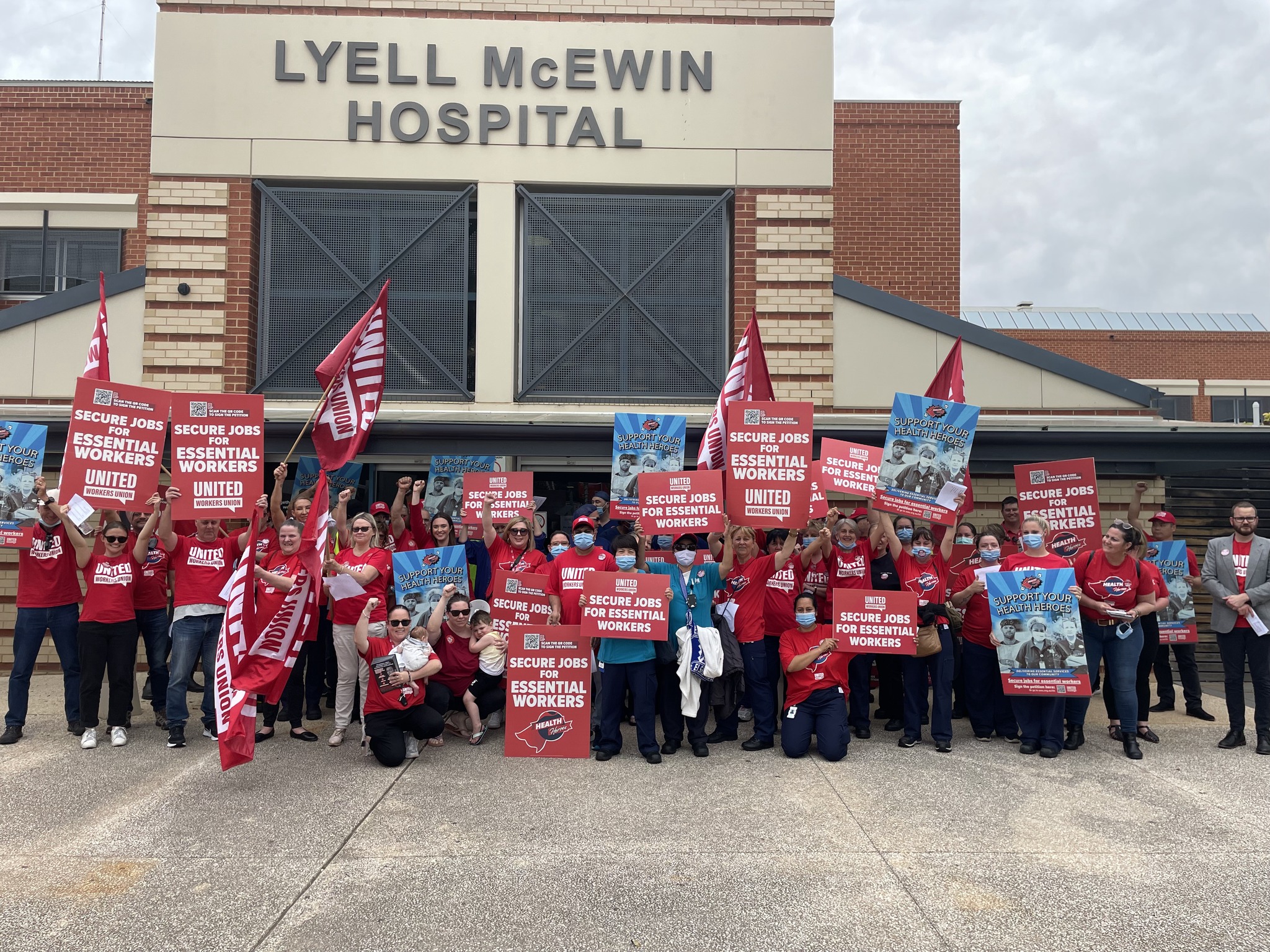 As inflation rises and more workers come out of Covid lockdowns, workers struggles are also on the rise.

* Country Road warehouse women workers in Victoria are taking strike action to win permanent rather than casual jobs and to win wage increases of up to $10 per hour than bring their rates of pay up to the going rate paid to male warehouse workers.

* Toll Logistics workers across three states went on strike last week and won wage increases but equally as important, they forced Toll to agree to better redundancy/redeployment conditions and conversion of over one hundred casual jobs to full time permanent jobs

These and many more collective actions by workers against big capital and the latter's political parties in governments at State and Federal levels receive far less media attention than the anti-vaccination, anti- Covid 19 restrictions "freedom" rallies.

However the power of workers voices and actions are forcing the media of capital to seriously think about new ways to stem the tide of worker unrest about declining living standards and the widespread growth of different forms of insecure work.

So we see on the front page of the Australian on Saturday 20 November the heading, "UNIONS SEEK MORE POWER FROM LABOR - Albanese to face pressure on IR Policy"

In the article Sally McManus, the ACTU Secretary, and Tim Kennedy, the Secretary of United Workers Union are both quoted. They both say in summary that the Fair Work Act was facilitating record profits for big business and that the enterprise specific bargaining system had collapsed. It was no longer "fit for purpose" and that the collective bargaining scheme in the Act was "beyond repair" and needed "root and branch review".

Thousands of workers would agree with this as they know that the enterprise bargaining system is not really collective bargaining between the class of owners of capital and workers because most Agreements isolate one group of workers from another and actually limit solidarity actions of workers within the same sector or industry and within supply chains.

This is what happened in the recent Toll warehouse workers strikes last week,

Some more far-sighted sections of big business can see the writing on the wall and so they have some level of agreement with what McManus and Kennedy are saying.

So the far-sighted capitalists will more than likely seek an agreement with the ALP if they win the federal election to a collective bargaining laws that enable workers to claim for collective agreements at multi employer,  sector or industry levels as well as across supply chains.

They will rely on the ALP selling this to the ACTU as a "victory" and who knows they may even dress it up with a new name and scrap the name "Fair Work Act" and call it something like the "Secure Work Act".

The real struggle though will be about the ALP and ACTU supporting workers' demand to get rid of limitations on workers'  right to take collective action at any time, not just in the extremely limited bargaining period, whether that be at a site level, sector or industry level or across a supply chain.