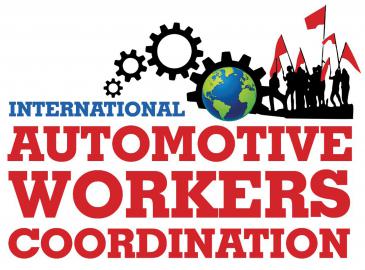 Today we received a message from ICOG, the coordinating group of the International Automotive Workers’ Coordination, about German secret police actions against three leading members of the Marxist-Leninist Part of Germany, the MLPD.

Last year, we issued a statement in solidarity with one of the three who was facing trumped up police charges (see here ). These charges, as the message below points out, were deemed unlawful by the courts.

Nevertheless, the German secret police, who have reduced their surveillance of German Nazis and neo-Nazis despite the latter’s assassination of Kassel Regional Governor Walter Lubcke on June 2, have switched their attentions to the MLPD because of its support for and activities with, Kurdish and Turkish communist exiles in Germany, including sending an international brigade to Syria to build a medical centre for a Kurdish community.

We have just learned of a monstrosity in the actions of the German secret service. In 2019, three leading members of the Marxist-Leninist Party of Germany (MLPD), Gabi Fechtner, Monika Gärtner-Engel and Stefan Engel, were placed on a wanted list. Some of you surely know them personally.  They were not informed that they were wanted all over Europe, but only found out now, after their lawyers had investigated. The highlight is that all kinds of state services, police, border guards, etc. were involved, and thus the separation of secret services and police apparatus as an important outcome from the time of Hitler's fascism was taken to the point of absurdity. 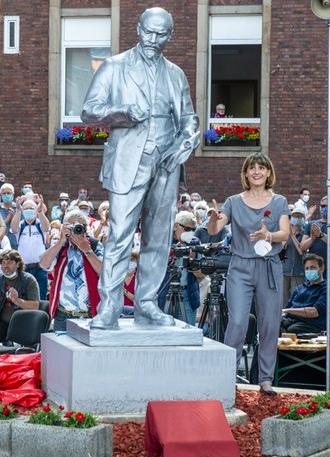 (Above: Gabi Fechtner at the unveiling of a Lenin statue outside the MLPD's office)

The justifications for the listing are completely far-fetched, such as "unauthorized wielding of weapons" at a demonstration or leading a meeting in violation of Corona regulations.

It becomes clear: It is about a new quality of criminalisation of the MLPD in order to contain its growing influence among the masses and, if necessary, to create false accusations to jutify banning it. This concerns all revolutionaries worldwide.

For the rulers, especially the international cooperation in the struggle against imperialism is a nightmare. One justification or the listing is therefore also the "international networking on a leadership level" with Kurdish and Turkish alleged "terrorist organizations". This threatens prison sentences of up to 5 or even 10 years in Germany.

This mendacious criminalisation must be completely withdrawn and the comrades completely rehabilitated!

The MLPD has already been able to achieve important successes through the offensive attack against this anti-communism within the framework of the movement "Don't give anti-communism a chance!". On August 3, 2021, a court declared Stefan Engel's dangerous person classification unlawful.
International protest declarations had also contributed to this success.