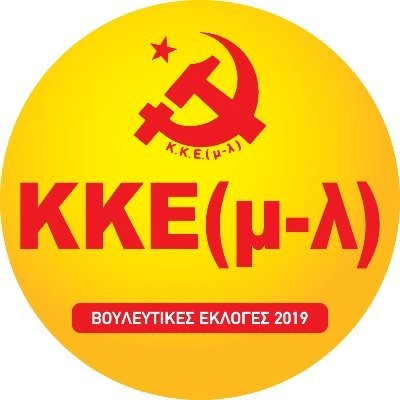 Our comrades in the Communist Party of Greece (Marxist-Leninist), the KKE M-L, have released a very good statement on the Russian invasion of Ukraine.

By way of an introduction, we note that the Israeli Zionist regime has been bombing Syria with missile attacks from the illegally occupied Golan Heights during the intensifying crisis in Ukraine. They have launched three attacks in recent weeks, attacking sites south of Damascus on February 17 and more recently in Syria’s border province of Quneitra.

One news agency said of Israel that “its government rarely acknowledges or discusses such operations”. Neither does the US or Australia. It is all part of the hypocrisy and double standards of imperialism.
……………………

The already heated confrontation in Ukraine is moving along increasingly dangerous paths. Putin's speech, the recognition of independence of the Donetsk and Lugansk regions, and the authorisation of the invasion of these Ukrainian regions by the Russian army show a new, even more dangerous turn of events, opening a can of worms in Europe and worldwide. The Lavrov-Blinken meeting has already been cancelled, while the Ukrainian government is proceeding with a mass recruitment of reservist forces.

After such a Russian move, the intra-imperialist rivalries – and especially that between the US-NATO and Russia - are maximised and the danger of a war – on European land, for now – becomes visible, leaving every possibility open for a worldwide extension.

The US decision – with this mockery of a government by Zelensky, used as an instrument – to tighten the grip on Russia even further by crossing the red lines the latter had previously drawn, but above all the inflicted crisis on the Ukrainian border, predictably provoked the reaction of Russian imperialism. The US-NATO's pursuit to include Ukraine in its military alliance is pressing in on Russia further and exposes it directly to the nuclear arsenal of the US and NATO.

Facing these aspirations of expansion of American imperialism, Russia demanded the safeguarding of its security, but also of its sovereignty in its own so called “back yard”. In addition, at the same time, it proved once again that Russian imperialism is not a "toothless bear" at all, as some had wrongly estimated. Russia is the main strategic opponent of the United States, an imperialist power with an immense military power at its disposal which is constantly put on display when the opportunity arises.

For this reason, the authorization of the Russian imperialist war machine's invasion of the Russian-speaking border regions of Ukraine and their recognition by Putin as autonomous republics, gave birth and -most importantly- will further lead to a chain of developments in the military, political and economic fields. Developments that primarily target the peoples of those regions and all the peoples of Europe.

In his speech, Putin tried – through the use of crude historical distortions and extreme anti-communism – to arouse the nationalist sentiments of the Russian-speaking peoples, announcing his demand to reconquer the remnants of the old Russian empire, linking also making a connection to the former USSR.
A necessary condition for such an imperialist "patriotism" was of course to defame denigration of Lenin and Stalin, and the choices of the first attempt to establish a socialist, multinational state. An effort that included the recognition and guarantee of democratic freedoms for every nation and federated state that coalesced under the first socialist state, formed after the great October Revolution of 1917.

Putin deliberately identified this great historical legacy with the social-imperialist policy of his counter-revolutionary predecessors (Khrushchev, Brezhnev) who violated these very rights to be able – as a superpower – to compete with the American imperialism.

In order to legitimise his invasion of Ukraine and while defending the interests of the new bourgeoisie that has emerged from the capitalist restoration in the former USSR, Putin is trying to stimulate Russian imperial nationalism. The accusations towards Ukrainian neo-capitalists of them being corrupt, oligarchic and pursuing vested interests, also apply to Russia’s political and economic leadership itself.

Regardless of whether their leaderships are involved as accomplices or as protagonists, the Russian and Ukrainian peoples are being used as cannon fodder of an unjust and reactionary war.

The action of the US to intensify the confrontation and hostilities on the Russian-Ukrainian border also seeks to get the European imperialists to line up behind them. Divided and obviously unable to put forward their particular interests, the European imperialists – despite any wavering – are forced to follow the US policy, while forcing their peoples to suffer the ills of war and an intensified exploitation for the benefit of capital and imperialism.

Our country is in the eye of the storm of this competition, thanks to the subservient reactionary policy of the dependent local ruling class and the complete submission of Greece to the American imperialism. Remaining in NATO as well as expanding and upgrading the US-NATO military bases that have been set up across the country, turn Greece into a significant operational base of the imperialist murderers while making the country a huge target. The clear statements by the Russian political leadership putting Souda and Alexandroupoli in the crosshair of the Russian war machine are not surprising.

At the same time, the economic consequences of the so-called energy crisis are enormous, already looming over every family, while this new deterioration will lead the people and workers en masse to poverty and misery.

Our answer to these developments can be no other than the strengthening of the antiwar, anti-imperialist struggle of the peoples of the region and worldwide, for the prevention of this reactionary war and for the defence of labour, social and democratic rights.

Against imperialist barbarism and the new bloodshed of peoples. Against the dangerous policy of the local ruling class. Against all kinds of nationalist and fascist preaching, wanting to spread hatred against the neighbouring people of Turkey, but also among the peoples of the Balkans. Against the efforts of the system to impose its reactionary ideas on the consciences of the youth, so that it can use them as cannon fodder for the imperialists.

Throughout the country, in every city, in every neighbourhood, in every union, in every student association, a strong and decisive voice should be heard. One that condemns the new war massacre and takes every possible initiative so that the people take to the streets en masse and demonstrate in solidarity with all the peoples who are being tested.