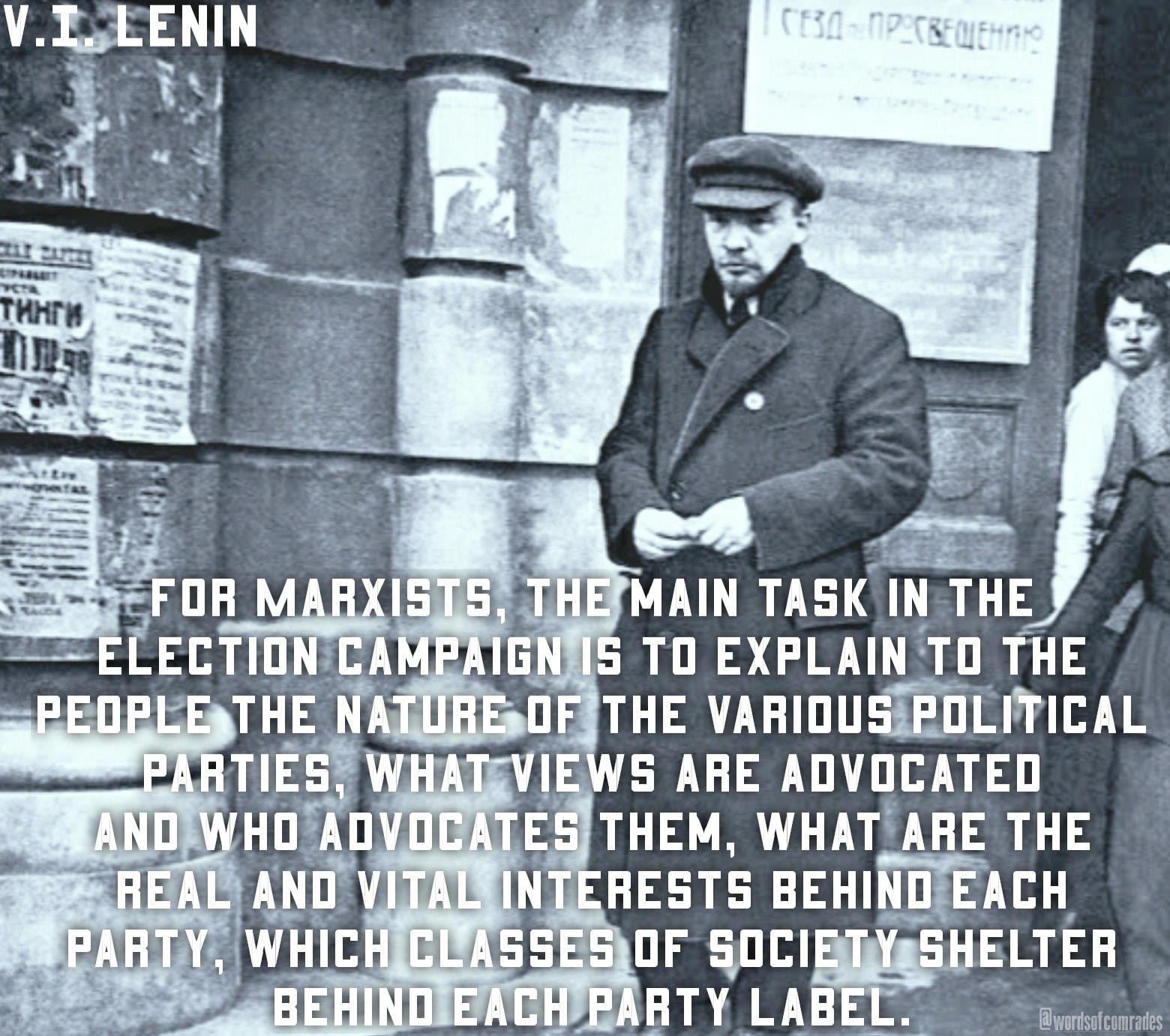 What a contrast between Lenin’s commitment to build working class power in Russia culminating in the Russian workers’ revolution in October 1917 and on the other hand the anti-worker leader of Russia today Vladimir Putin. Putin’s grand vision is to build a Russian empire to emulate tsarist Russia, the very regime that Russian workers overthrew in 1917!

What the media do not tell workers is that unlike Putin’s government, the government of the new socialist state arising from the Russian Revolution in 1917 was underpinned by working class power expressed through the organisation of Soviets and trade unions and a political party whose backbone comprised progressive workers who Lenin called “purposive workers”. “Purposive workers” were leaders respected by co-workers and with a consciousness of the class nature of their society and who understood that workers interests were not achievable within the Tsarist ruled society they lived in. Closely connected with the workers’ Soviets was the Red Army which was an army developed to protect the new workers’ state.

What Lenin was on about was the development of independent working class organisation which grew strong enough to equal and surpass the organisation and power of the Tsarist state.

What relevance are the Soviets and “purposive workers” encouraged and cherished by Lenin in Russia in 1917 to workers in Australia today?

Australian workers have had a proud history of working class organisation both in workplaces and industries and within working class communities. Since the 1980s in particular one part of workers’ organisation and power, trade unions, has been significantly reduced by the ruling class and their agents in parliament, media and some union leaders themselves. The end of the closed shop, the destruction of manufacturing industries where workers had significant power and organisation and the flooding of ideological individualism in Australia by US cultural imperialism all contributed to a decline in union membership from over 50% union membership density to under 10% in the private sector.

This hit the baby boomer generation of workers hard. However younger progressive workers are now organising and developing methods of communication and collective power that are the 21st century equivalent of Lenin’s treasured Soviets and Lenin’s most valued “purposive workers”.

Young progressive workers are forming networks across workplaces within industries and across industries, while the cultural diversity of the working class in Australia extends these networks within and across communities. They have leaders, some of whom are elected to formal positions in their unions and community organisations, while other leaders emerge where there is no formal union presence but there is organisation of workers. This extends to the workers who in capitalist industrial law terms are defined not as “employees” but subcontractors or “self-employed”.

Young workers of today often move from one employer to another compared with the so-called “life time employment” jobs of the 1950s and 1960’s post war decades. A lot of this mobility has been caused by the decline in permanent employment and the destruction of full-time jobs being replaced by labour hire casual jobs. However, the up-side of this has been that more workers identify as working class rather than identifying as a worker linked to a particular employer where there is the illusion of identity of employer and worker interests being the same.

The Labor Party top leaders’ role in all this is to blunt the development of this independent working class power and organisation by seeking out worker leaders and diverting their leadership in class struggles in to harmless parliamentary channels.

This has some success but the dominant trend within the working class is that parliament is a dead end for workers with one mob not much better than the other. The trend of struggles of workers in the workplaces and communities and the associated emergence of independent working class demands and organisation continues to grow.