Chinese billionaire has big plans to change the Kimberley landscape 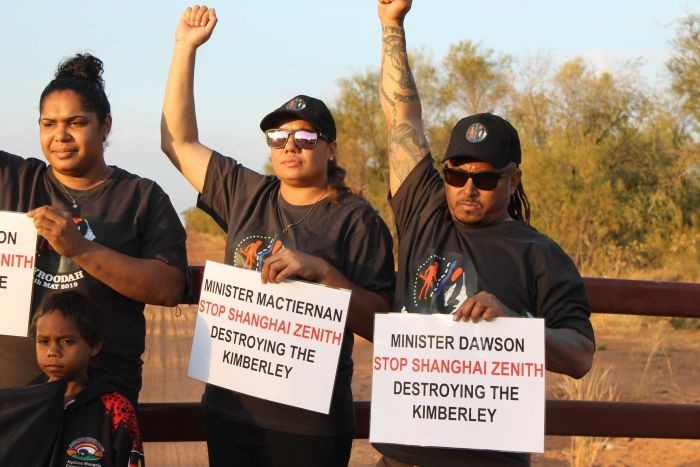 A Chinese-owned pastoral company has received a “letter of reprimand” from the WA Government after illegally clearing vegetation from 120 hectares of land near Derby in 2019.

Traditional owners, the Nyikina Mangala people, prevented further destruction when they blockaded the property and prevented contractors from entering.

The land comprised a 24-kilometre-long section of road built to cater for huge earth-moving dump trucks and other equipment.

In response to the 2019 blockade, the WA government placed a stop work notice on Zenith and ordered rehabilitation of the cleared lands. Zenith appealed the order, but lost the case.

However, the government failed to impose penalties available under the old Aboriginal Heritage Act (it has now been replaced by a new Act) and the Environmental Protection Act.

Its “letter of reprimand” is equivalent to slapping the Chinese giant on the wrist with a leaf of wet lettuce. The Nyikina Mangala have described it as an “act of disrespect” towards their people; the Kimberley Land Council CEO said it was “inadequate and unacceptable”; environmental and conservation groups have alleged that the McGowan government continues to be soft on land clearing by corporations.

Shanghai CRED is major player in the cattle industry.

It owns seven properties in Western Australia including Yakka Munga and Mount Elizabeth stations in the Kimberley.

In 2016 it established a joint venture with Gina Rinehart's Hancock Prospecting, called Australian Outback Beef (AOB). Rinehart controlled 67 per cent of AOB and Shanghai CRED 33 per cent. AOB made a takeover bid for Kidman’s cattle empire, which went ahead after the then Treasurer, Scott Morrison, took Anna Creek station in SA out of the deal.

Its assets include 150,000 cattle on stations covering 80,000 square kilometres across three states and the Northern Territory.

In Shanghai in April 2016, Gui Goujie, in the company of Prime Minister Malcolm Turnbull, signed a multimillion-dollar sponsorship deal with Port Adelaide aimed at bringing AFL to China.

2016 was an active year for Shanghai Zenith. It purchased the pastoral lease for Yakka Munga from Buru Energy for $9.9 million. Buru had purchased the lease in 2015 for $7 million, but its main interest was not pastoral, but oil and gas exploration. It has continued those activities, announcing in 2019, “good to excellent” oil shows in cuttings samples while drilling its Adoxa-1 exploration well on the Yakka Munga prospect.

Buru holds a 50% operating interest in the well, with the other half held by Roc Oil, a subsidiary of Chinese investment group Fosun.

Incorporated in Australia, ROC listed on the Australian Securities Exchange (ASX) in 1999.

The Fosun group is a large investment group, and has substantial operations and business interests in China and internationally.

In June 2019, Hainan Mining Co. Ltd acquired 51% of ROC from Fosun International Limited. Fosun has a controlling stake in Hainan Mining and continues to be ROC's ultimate parent company.

What Yakka Munga means to the Nyikina Mangala

Commenting on the land clearing by Shanghai Zenith at Yakka Munga, traditional owners said they lost significant sites during the bulldozing, including ancient trees and termite mounds that housed the bones of their ancestors.

Organiser of the 2019 blockade, Rosita Shaw, was close to tears as she explained the significance of the land.

"This foreign company just come to our land, on our back yard, don't even come and negotiate with us," Ms Shaw said.

"They are just being so ruthless and ripping our country up.

"Our old people walked this country.

"All this has meaning to us … it was passed down to us from our ancestors.

"We still practise that today … bring our young ones out on country."

Ms Shaw organised her family to protest and travelled from Fitzroy and Jarlmadangah community to camp overnight at Yakka Munga to be ready for the workers the next morning.

“This land is very important, it has a lot of meaning in the Dreamtime,” Ms Shaw said.

“We’ve got trees they’ve knocked down, shrubs we use for bush medicine, trees we use to collect and make artefacts, bush fruits, all in a pile of rubble. This is our supermarket; we’ve got to teach our children. What are we going to show them?”

The Nyikina Mangala people's native title rights over a 26,000 square kilometre area were recognised in 2014.

They have exclusive rights over 40 percent of the claim area, including three Aboriginal pastoral stations and co-existing rights over Yakka Munga.

An Indigenous Land Use Agreement setting out the rights of the pastoralists and the native title holders was signed by Shanghai Zenith in 2016.

But it also says that the pastoralist must first enter into "good faith negotiations" to ensure that "heritage is protected".

Land clearance just the tip of the iceberg 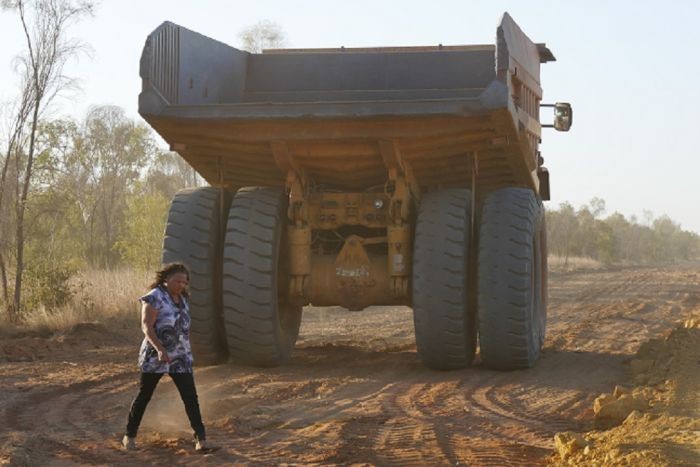 A 2020 Freedom of Investigation by Environs Kimberley has revealed that Shanghai Zenith has massive plans for altering the Yakka Munga and greater Kimberley landscape.

The FOI documents revealed the Shanghai-based company had a vision to create an ‘’all-weather” station at Yakka Munga pastoral lease, with plans to excavate drainage channels across the entire 190,000 hectare pastoral lease to enhance grazing, which would change and threaten the Kimberley’s landscape and culture.

The FOI also revealed an initial proposal by Zenith in March to irrigate more than 10,000 hectares of land of Yakka Munga to grow castor beans, which would have likely involved drawing water out of tributaries of the Fitzroy River according to Departmental officers.

Environs Kimberley Director Martin Pritchard said the plan to transform the pastoral lease into a grid of drainage channels would be devastating for the Kimberley’s world-famous landscapes, nature and culture.

“If this proposal to clear and excavate channels across the whole of the 190,000-hectare pastoral lease, with suggestions this could be replicated across the whole Kimberley, had gone ahead it would’ve been disastrous,” he said.

“The damage caused by land clearing would be complete destruction of the vegetation including boab, bush tucker and medicine trees and the loss of habitat for threatened species like the bilby – it would have been devastating.

It clearly shows why traditional owners and environmentalists are incensed at the WA government’s failure to prosecute Zenith for the illegal land clearing and simply issue a “letter of reprimand”.

As Kimberley Land Council CEO Tyronne Garstone said, “We continue to see government acting in favour of industry and not in the best interests of Aboriginal people."

The only way to fight capitalism’s destructive war on nature, and its denial of the people’s rights, is to organise in workplaces and communities, rely on the strength found in those places, and continue to take direct action such as the blockades and protests.