For First Peoples, justice will only be won through socialism

“When we are going to get JUSTICE?”

On the steps of Darwin Court, Warlpiri Elder Ned Jampijinpa Hargraves’ cry of rage and despair accused a system that ensured over 500 First Peoples died in custody since 1992, with no one held accountable.

Justice is First Peoples’ lands and waters, their culture and lore, their safety, ALL their own affairs – in their own hands.

Again and again, First Peoples have said this, acted for this.

They work quietly to rebuild culture and lore in a myriad of ways. Learning and reviving language is a catchcry in every community. Culture and lore come from land, from water.

But daily, more land and water are thieved or poisoned or dammed, for fracking, corporate agriculture, mining, real estate and US war bases, while more and more children are stolen, suicide or are jailed, and laws specifically designed to isolate and divide First Peoples are enforced. But resistance, and its lessons for us all, never cease.

Sovereignty is unceded in all the lands and waters called Australia. Land rights must be theirs and reparations paid for theft and mass murder.

Why aren’t they acted upon?

Capitalism’s greatest weapons for maintaining its power are immense wealth, force and deceit. They divide to conquer using racism and a myriad of other barbarisms.

Its brutal fifteen-year Northern Territory Intervention is due to end in June. Perhaps the humiliating signs about pornography and alcohol will come down. But will a federal government fund housing on homelands again?

Warlpiri man Bruno Jupurrurla Wilson says, “It looks like a Third World country in a First World country.” Will it remain that way?

Will outsiders come at will into community, despite damages they bring?

She says, “I feel like we’re the test dummies for these things,”, for governments and corporations to plan how “to get away with doing this to everyone else.”

But capitalism that expands invasion is the real humbug. Instead of a few dollars, it steals the riches of the lands and waters, attacks language, culture and lore, breaks into communities, humiliates and threatens, gaols and murders.

The system that destroys us all 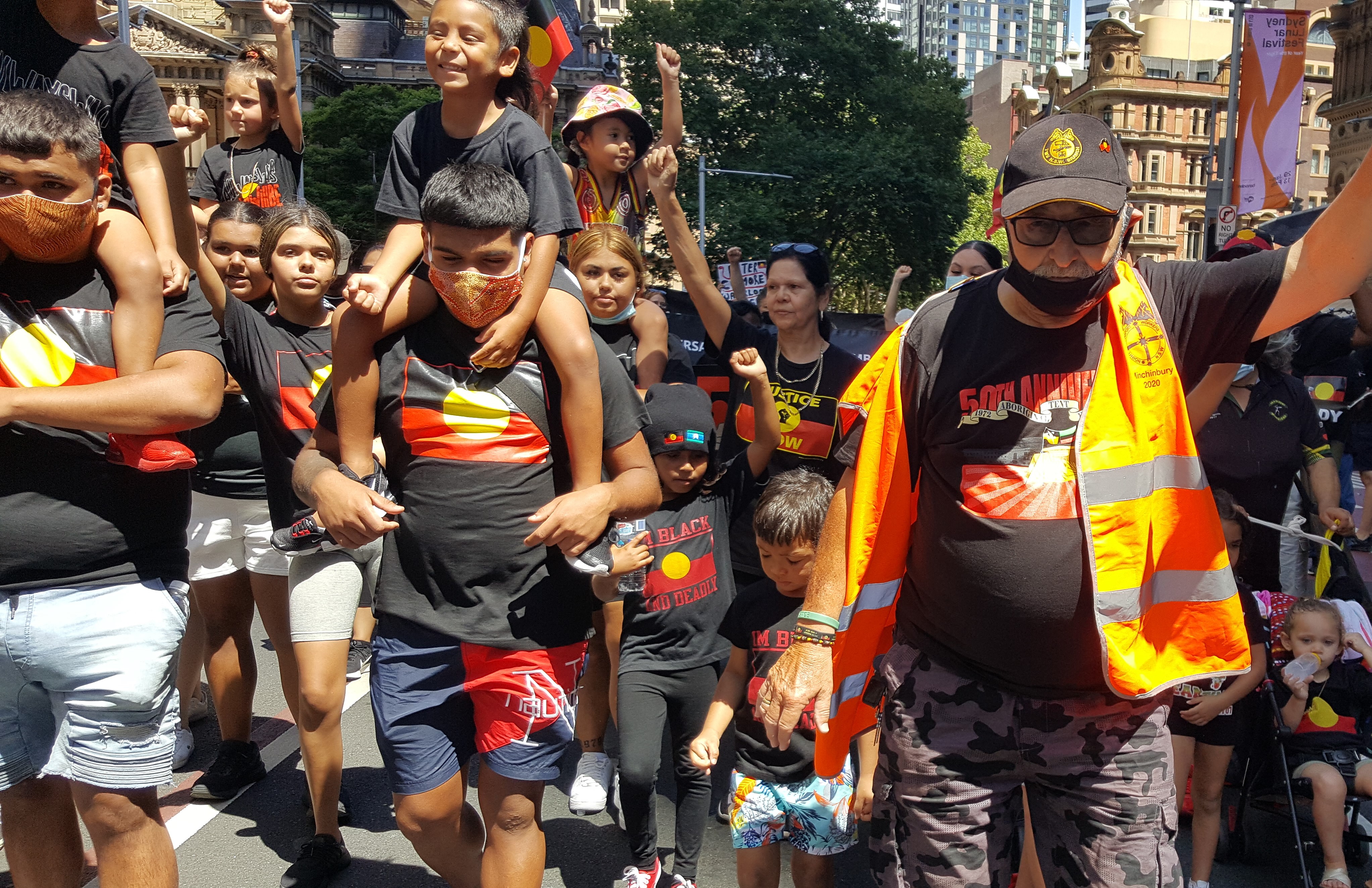 First Peoples call to reinstate tribal councils, for no guns in communities, for restorative justice not jails, housing, for just treaties, to raise the age of youth imprisonment, an end to fracking and damming and destroying, for truth telling, and funding for more reforms to enable Aboriginal Peoples around the country collectively take control of their own lives and so flourish.

When united struggle was strong, some of these reforms had been fought for and won. But this did not stop their destruction by capitalist laws and forces decades later.

The struggles for reforms teach precious lessons, for there is a bigger task. The only safety comes with destroying the system that destroys us all.

First Peoples share precious lessons in nearly 250 years of collective struggle. They have many allies.

Communists too thought they had led final collective victories, against capitalism in one third of the world. Capitalism slandered these shining examples as “mass murder”, as it slandered First Peoples for “running paedophile rings”. Lies!

After World War Two, destruction was so widespread and US imperialism so strong, capitalism successfully regenerated, with its economic compulsion to increase profit, its greed, ego and individualism. It swamped collective strength from within socialist USSR, then socialist China, and worldwide.

The weapons communists used to once defeat capitalism also remain, knowledge expanded in struggle by revolutions, decades of liberating socialism, even as socialism fell, but above all by our own mistakes and victories here.

Side by side, constantly enriched by two-way knowledge of First Peoples and revolutionary Marxism Leninism, our Peoples can create a new, just, socialist land.

It’s time to act on them, together.