The Great Compo Battle Continues - This Time In SA 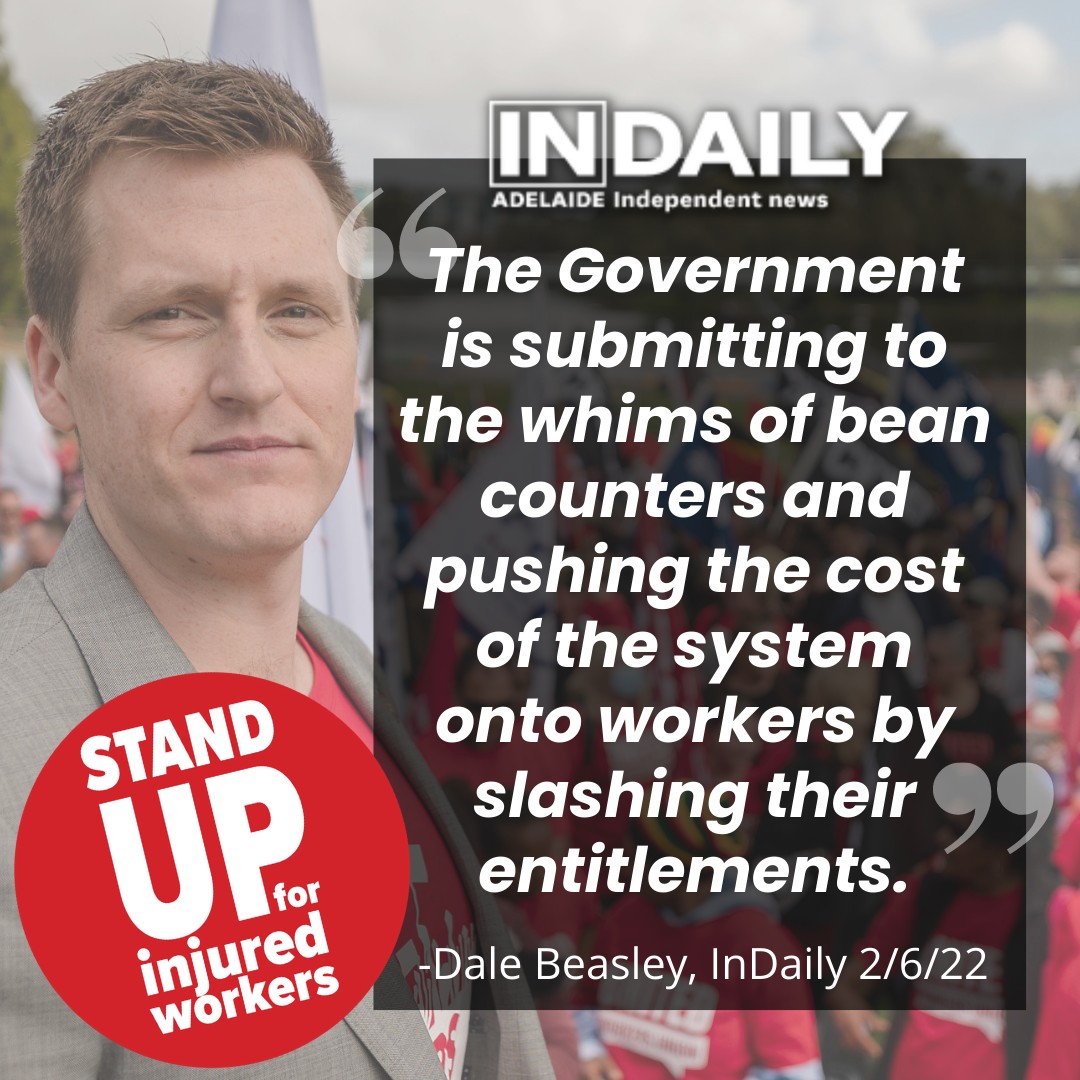 On the same day as the new Malinauskas Labor Government in SA handed down its first state budget it tabled a Bill in state parliament to reduce injured workers entitlements!

The new Government did this without even the pretence of consultation with its main supporters in the election campaign, trade unions!

Surprise and outrage abounded from SA Unions, individual Unions and lawyers on the side of injured workers.

Barrister Eloise Theodore said that the changes proposed would affect "every worker who sustains more than one injury".

The Bill tabled in SA parliament aimed to treat multiple injuries arising from an event that caused an initial injury as separate claims to be endlessly dragged through the courts by employers and their government insurance agent ReturnToWork SA.

The Bill was an attempt to by-pass a High Court Decision which had previously refused to hear an appeal by the SA Government's ReturnToWorkSA regarding entitlements to a severely injured truck driver Shane Summerfield.

The new SA Attorney General in the Malinauskas Labor Government, Kyam Maher was toeing the Government line in this attack on injured workers when he said in the press, "The clear advice to the new government was that if we did not act, SA businesses faced the prospect of paying the highest premiums of any state in Australia".

SA Unions affiliates and even "right wing"' unions the SDA and TWU attacked the proposed cuts to injured workers entitlements. Malinauskas was in a previous life the Secretary of the SDA.

Now he finds himself under attack from those that put him where he is today as Premier! 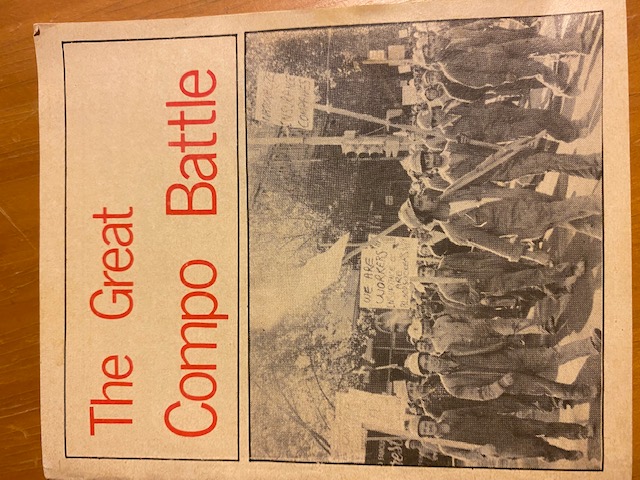 At the time, state governments across Australia of both Liberal and Labor variety were carrying out the ruling class's demands to cut workers' entitlements to reduce employers’ workers’ compensation levies and/or insurance premiums.

What this was all about and still is today is that employers want more profits and one way of increasing profits is to reduce workers’ compensation entitlements of injured workers.

In the late 1970s when The Great Compo Battle was written, the SA Government set up a tri-partite committee to "investigate" workers compensation.

"...the MBA (Master Builders Association") and other bodies in evidence to it are pushing to reduce the payments to injured workers to 85% of the worker's wage, to exempt the insurance companies from liability for injuries sustained while travelling to and from work, and to force the injured worker to return to work as soon as he is fit for the same type of duties"

The attacks on workers’ entitlements in the late 1970s saw large demonstrations and strikes in the building industry in particular with temporary success.

However, attacks on injured workers’ entitlements by both Liberal and Labor governments in all states and federally under Comcare have continued. For the reduction to 85% of a worker's weekly wage when injured and the elimination of journey accidents to and from work as a workers compensation claim are now reality in SA and elsewhere.

16 years of a Labor Rann and Weatherill Government in SA from 2002 to 2018 did not alter this trend of attacks on the most vulnerable members of the working class, injured workers.

Workers’ Struggle Is The Only Answer

The Malinauskas new Labor Government is intent on continuing this trend but workers and their Unions led by the capable and enthusiastic new SA Unions State Secretary Dale Beasley have other ideas!

The 1979 booklet, "The Great Compo Battle" summed up the situation regarding injured workers in a way that is "food for thought" many years later in 2022.

The booklet concluded with the following words -

There is something basically wrong with a social system where 90% of people do the work and then a mere handful skim the cream off the top. It is worse still when most of the handful turn out to be foreign overlords. It becomes more of an insult when the multinationals flaunt what they are doing in your face.

The working people of Australia will fight every inch of the way to prevent the whittling away of hard-won standards of living. But it is no use beating around the bush; it is the system itself that must be changed if there is to be any real long-term improvement.

The Malinauskas-led SA Labor Government, like previous Labor Governments, is showing signs what while it may do some good things for workers, such as increasing the Health budget funding for the coming year, it will fall on the side of capital to protect the latter's profits, as after all, it is capital's system of capitalism that it is saying it can administer on capital's behalf better than its "Opposition" the Liberal Party.

Building a strong working people's movement independent of parliament is the way forward.