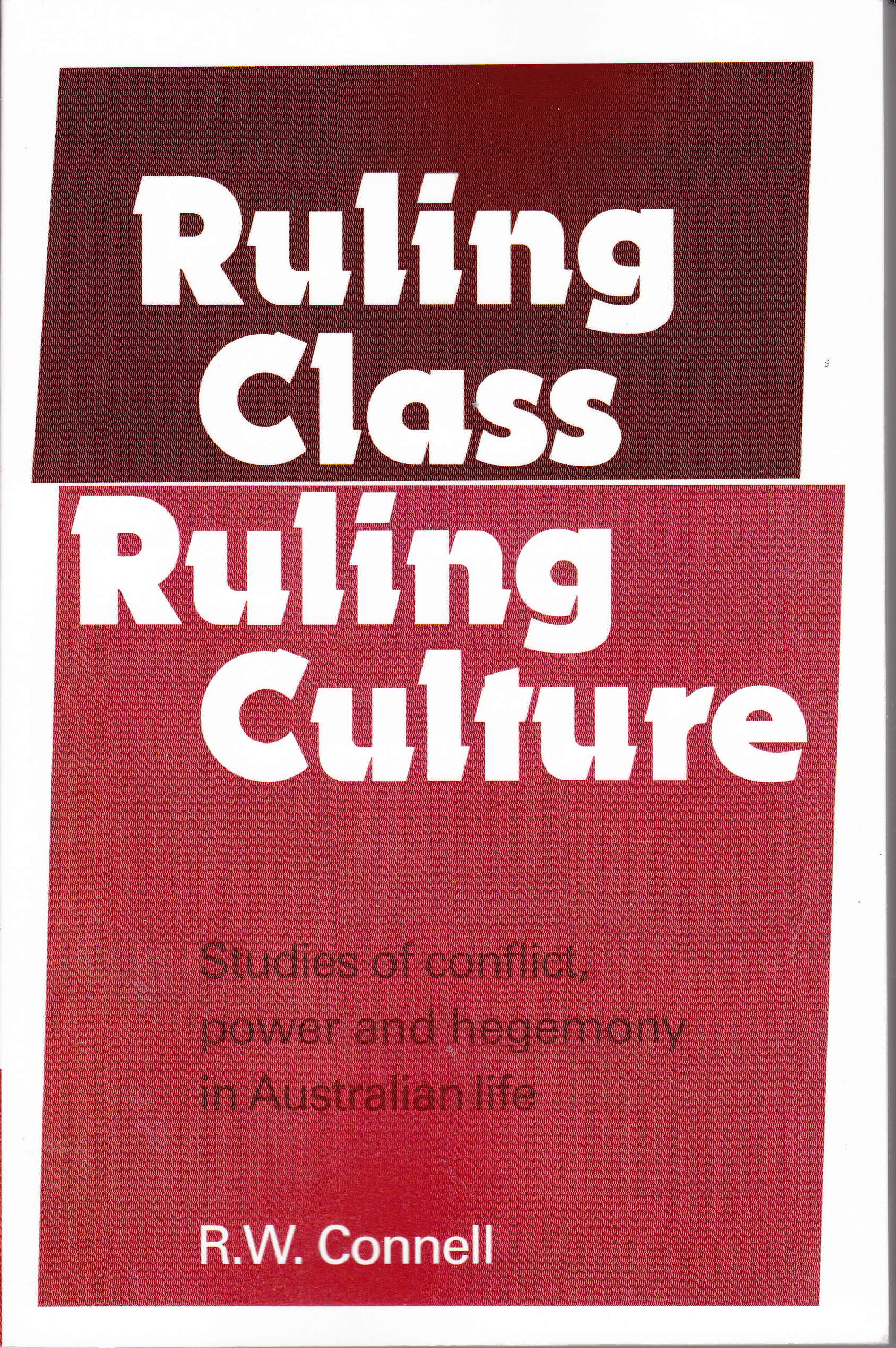 Ruling Class, Ruling Culture - Studies of conflict, power and hegemony in Australian life was referred to extensively in Class in Australia previously reviewed in Vanguard. The author, Professor Raewyn Connell is a sociologist, New Left intellectual and Professor Emerita at the University of Sydney. The book was first published in 1977 and was re-issued in 2010. It is available through on-line sources.

Although the book is somewhat dated in places, it is still makes interesting reading for anyone interested in the question of class in Australia. Topics covered include the structure of the ruling class, conflicts within the ruling class and the role of the press and the education system in helping to maintain the rule of the capitalist class in Australia. Written shortly after the dismissal of the Whitlam Labor Government in 1975, Ruling Class, Ruling Culture also discusses the responses of the ruling class to the Labor Government.

Professor Connell says, “If there remained any lingering doubt about the class nature of Australian politics, the events of late 1975 must have resolved it. There is hardly a clearer case, in the recent history of the ‘western democracies’, of the way a threatened ruling class is able to mobilise fragments of state power, business connections, financial resources, and the legitimacy given them by the dominant culture, in a campaign to remove an offending government.” (The military coup against the Allende government in Chile in 1973 was an even worse example. DB.)

The Communist Party of Australia (M-L) had no illusions about the events of 1975. It saw how the Australian ruling class forces aided by US imperialism and the British monarchy worked to get rid of Whitlam.

Marxist-Leninists recognise the existence of classes in Australia and the way the ruling class uses a combination of deception and violence to maintain its rule over the working class in Australia. Professor Connell discusses the non-violent, deceptive means used by the ruling class, but does not examine their use of violent means of control. This is to be expected given the non-revolutionary background of the author and does not detract from the value of Ruling Class Ruling Culture as a book worth reading.