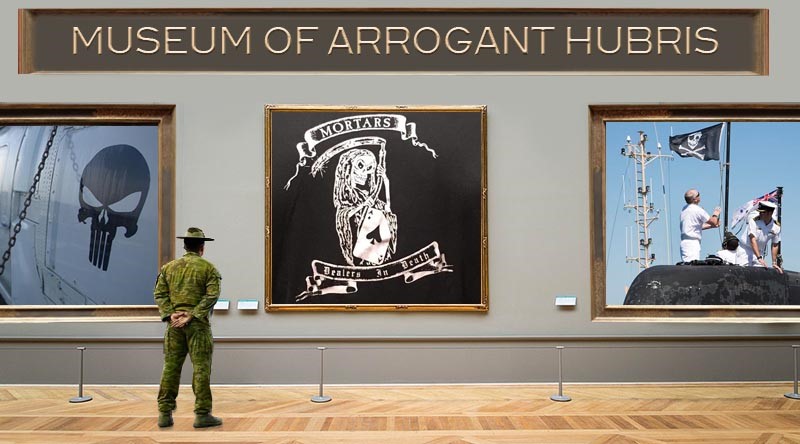 (Above: a computer-generated image purporting to show a serving member of the ADF at the "Museum of Arrogant Hubris")

The ADF is a force used to defend the overseas interests of the big bourgeoisie, largely as the lap dogs of American imperialism (e.g. injection of troops into Afghanistan, Vietnam, Korea), using incredible amounts of violence and force to subdue resistance against the hegemony of American capitalism.

We all know that the ADF and other capitalist militaries, by nature of their ventures, require, at best, the desensitisation of murder and at worst, the glorification of murder. The symbology that has come out of the rank-and-file mirrors this indoctrination and has become part of military culture. (See also our comment on this in the context of the Brereton Report into Australian war crimes in Afghanistan.)

Recently the ADF has banned the display of "death" related iconography within its ranks. The following statement was made by Lieutenant General Angus Campbell:

"The use of what could be termed ‘death’ symbology/iconography: for example, the pirate Skull and Crossbones (maritime outlaws and murders), the Phantom or Punisher symbols (vigilantes), Spartans (extreme militarism) or the Grim Reaper (Bringer of Death) – implicitly encourage the inculcation of an arrogant hubris. Commanders must take immediate action to remove such symbology/iconography from all formal and informal use within the Army."

The banning has faced considerable backlash from military personnel with the main argument being that the symbols are morale boosters and exemplify comradery for the troops. A small online publication called "Contact" owned and operated by a "proud Australian veteran" started an online "museum" called the "Museum of Arrogant Hubris" (referencing Campbell’s quote above), where troops and veterans can submit the iconography previously used by them and their squads, platoon, companies etc.

Some examples include "Exhibit 2", submitted by a Mr. Eliot, who says this was posted outside his tent in Vietnam, 1970, painted by someone in his section. It is incredibly obvious how inappropriate this is, especially considering the context of Vietnam. The text at the bottom relaying "RAPE LOOT + BURN", almost like a slogan, and the racist depiction of a Vietnamese person, is shown on the image. If this is supposed to be funny, it is completely lost on me and I'm sure that is the case for the Vietnamese people. 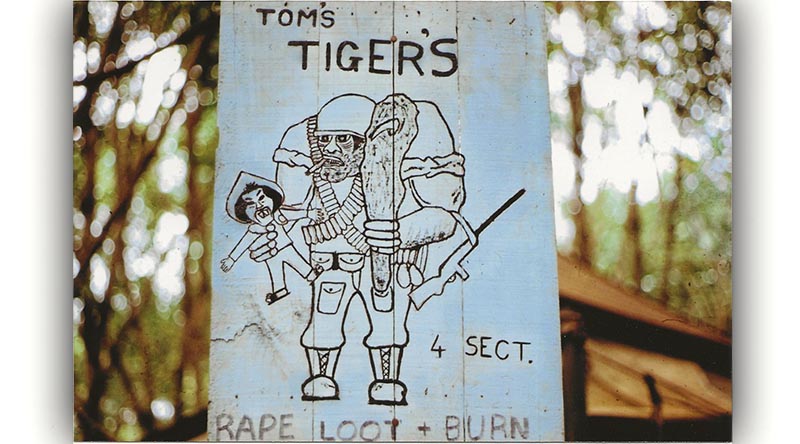 Exhibit 6, a t-shirt design that was worn by a mortar platoon before the ban. The image depicts a grim reaper with the bottom text "Dealers in Death". 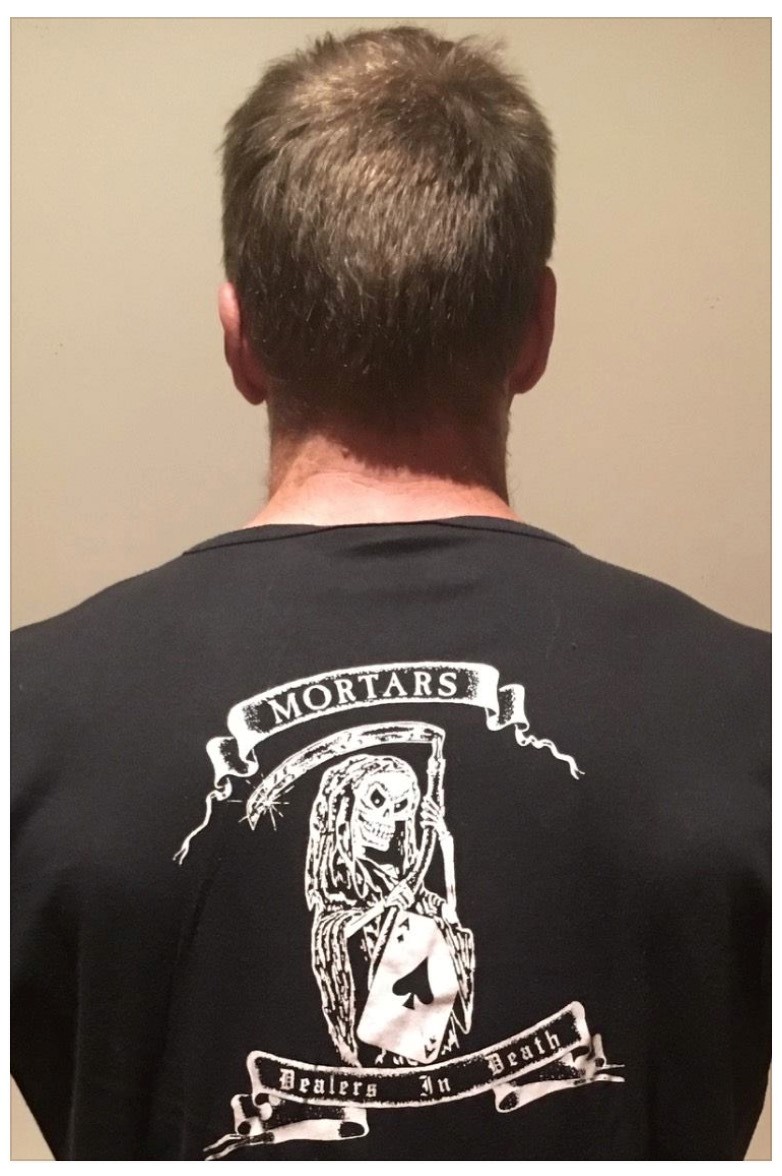 While the banning of this imagery is a good thing, it is a symptom of a military made in defence of profits and will not fix the issue of growing right wing/fascist culture in Australia. Only socialism can do this.

As a member of Generation Z, I can safely say the ADF does not protect the interests of Australian workers or the future generations, it protects the interest of capital, regardless of human casualty, as is shown by the glorification of murder by its members.