Australia’s Head of State, the British Monarchy, Is Part Of British Capitalism 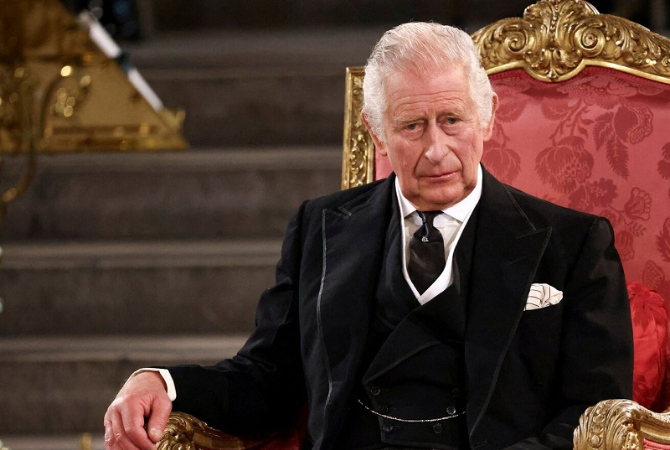 The death of Queen Elizabeth and resulting endless media coverage and ceremonies was played for all its worth by the ruling class to maintain the monarchy both in the UK and Australia. Throughout the period of official mourning of the Queen's death, the members of the Royal Family were portrayed as models of middle-class values and the best of a blissful British aristocratic tradition.

Prime Minister Albanese seemingly threw himself in to this fantasy in a way that at times resembled former Prime Minister "Pig Iron Bob" Menzies’s antics at the mere mention of the British monarch and Queen Elizabeth in particular!
First Nations people in Australia were disgusted with all this and rightly so, and on Public Holiday Thursday 22 September they organized demonstrations against this whole fantasy of the British monarchy as some people-loving institution. They exposed the monarchy as the invaders of their lands and slaughtering of their peoples.
Many non-Indigenous Australians were also angry at the subservience of the Albanese Government to the British monarchy, especially the granting of the Public Holiday for mourning of a feudal monarch.
However, another important aspect of the monarchy hidden by the media portrayal has been well argued by Laura Clancy in her book, "Running the Family Firm" and in her media release in "Novara Media” on 9 September 2022.
Clancy reveals that, "Rather than an aristocratic relic of a pre-bourgeois era, the British monarchy has worked its traditional privileges into the heart of British capitalism".
She provides numerous examples of how the monarchy is part of the heart of British capitalism including:
• The Duchy of Lancaster - British sovereign's private estate has investments in two off-shore financial centres, the Cayman Islands and Bermuda
• The Crown is a common law corporation but is exempt from most taxation
• The "sovereign grant" from the UK government (the public purse) funds the monarchy's activities and is exempt from taxation
• The monarchy does not pay inheritance tax
• The Crown Estate, a land and property portfolio made a net profit of 269.3 million British Pounds in 2021 as an "independent commercial business"
• Much of the monarch's land ownership in the UK and abroad goes back to its feudal origins. However, in the current stage of imperialism the monarchy has diversified its portfolios. For example, it owns property in Regent Street in the centre of London, Eltham, Egham and Hampton, 14 retail parks and most of the UK's wind, wave and tidal power sites, as well as 336,000 acres of agricultural land and forestry in the UK.
• Through the "Prince's Trust Regional Awards" the monarchy has direct links with sponsors who represent the core of capitalism. These include HSBC, the Royal Bank of Scotland, Natwest, Dell, Delta Airlines, Tesco, G4S and BAE Systems.
The above examples are only the tip of the iceberg regarding the interconnection between the monarchy and British capitalism in its declining imperialist stage. As it did in the 18th Century through entities such as the East India Company, the monarchy has extensive financial and industrial interests in overseas countries, including those countries like Australia that have the British monarch as Head of State.
For the peoples of Australia, led by First Nations people, cutting ties completely with the British monarchy is long, long overdue. The ruling class in Australia is dominated by multinational corporations, financial institutions and media giants from the USA in particular. Some will be comfortable with an Australian government cutting all ties with the British monarchy while others will want to maintain the monarchy, seeing it as a useful political arm of imperialist rule in Australia.

After all, US imperialism is based in the USA, a country which cut constitutional ties with the British monarchy in the American War of Independence in 1776! Since that day it grew and expanded to be the number one imperialist power in the world, all in the name of a republic, not a monarchy.

In Australia, the day of the people having an Australian Head of State and cutting ties with the British monarchy is not too far away. The sentiment of the majority of the people will eventually be for a People's Republic of Australia, where the interests of the First Nations people and working people come first, rather than a republic USA style, where the interests of the First Nations and the working people of all colours came a very distant second.