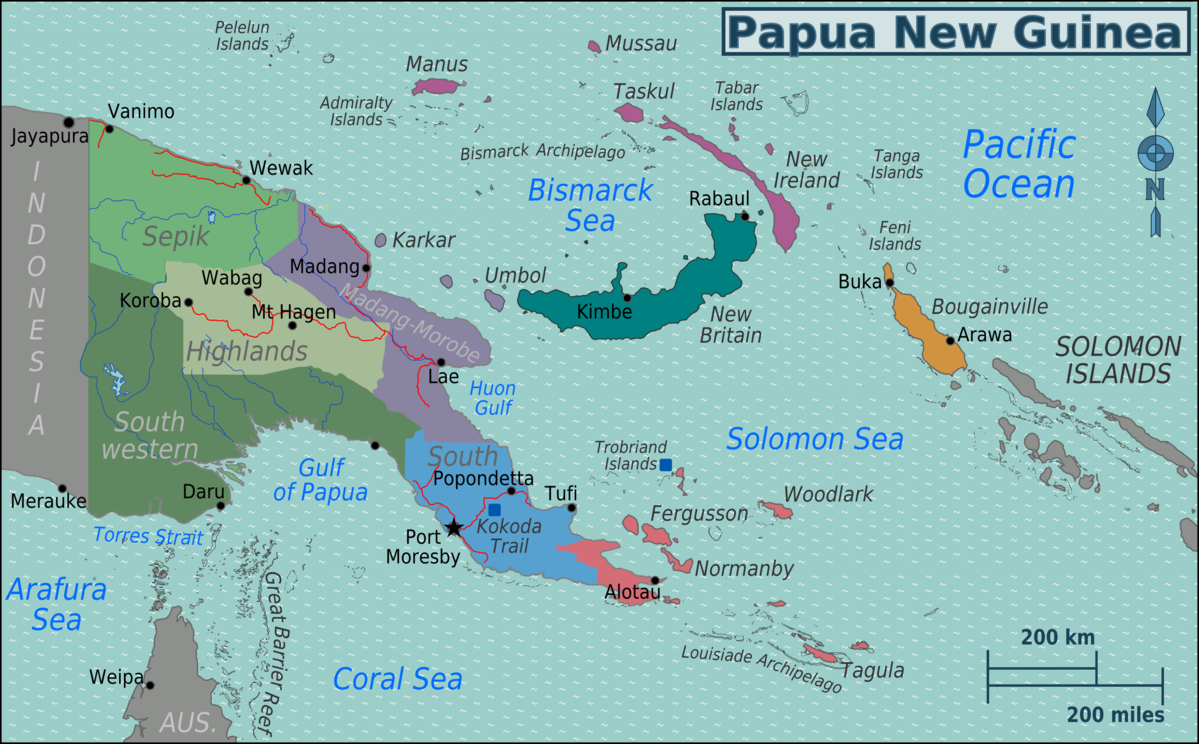 The announcement that the US will soon be negotiating a Defence Co-operation Agreement (DCA) with Papua New Guinea should come as no great surprise: it follows a rapid escalation of US direct diplomatic involvement in the South Pacific.

The sub-area of the vast Pacific Ocean has, in recent times, been pushed to the forefront of US preoccupation with attempts to reassert their traditional hegemonic position in the face of a rising challenge from China.

Other factors, including long delays with the planned upgrading of the Lombrum Naval base on Manus Island, however, have caused serious problems for the US and their regional foreign policy. The Pentagon now appears to be seeking alternative sites for a military base.

The official diplomatic announcement that the US 'will soon begin negotiations with PNG on a Defence Co-operation Agreement', was accompanied with information about a military plan to upgrade facilities at Milne Bay, in the south-eastern part of the South Pacific country. (1)

Assessed as being highly strategically placed, less than five hundred nautical miles from Cairns and facing the Solomon and Coral Seas, with deep-water bays which offer 'useful and safe anchorages', the US has had long-standing neo-colonial designs. (2) PNG is rich in mineral deposits and natural resources: it was noted, for example, that the planned facilities were 'close to many of our important mineral and agricultural export ports and the shipping routes which serve them'. (3)

The US-led moves, however, when studied in depth appear more in line with an act of total desperation than a carefully planned military agenda: the Milne Bay proposals have been played up while their previous initiative to upgrade the Lombrum Naval Base on Manus Island have been played down. (4)

The announcement was accompanied with a rather ambiguous statement about Cairns and its strategic significance. (5) The Cairns area would appear set with planning for a similar military upgrade; it was noted 'the commercial heart of maritime activity is the Cairns Marine Precinct, which was given a $30 million of investment by the Queensland state government for an additional two wharves', together with information about already existing Australian military personnel stationed nearby. (6)

The developments have rested upon US diplomatic initiatives earlier in the year; moves by the Solomon Islands government to sign a defence agreement with China was viewed as a threat to traditional US hegemonic positions. The US, therefore, announced its plan to 'expand security co-operation … to counter China in the Solomons … with fears China could establish … a permanent Chinese military presence'. (7)

The moves have also been accompanied by massive aid allocations channelled through Australia to counter China's regional diplomacy. Australia, in 2020, for example, provided the Pacific countries with a record $1.23 billion. (8) Individual case studies reveal a general trend: Australia's aid to the Solomons in 2020 amounted to $138 million, compared to China's $20 million. (9)

US financial aid totals, channelled through Taiwan, are also revealing and marked by a desperate attempt to maintain the status quo: since 2008, China invested $342 per capita in the ten countries with which it maintains diplomatic relations. Taiwan, however, has invested $2779 per capita in the four countries which still have diplomatic recognition with Taipei. (10) A great deal of the diplomatic rivalry has been played out in relatively remote areas of the Pacific, which have been overlooked and often ignored for decades.

What has been particularly significant about recent developments has been the direct role of the US with regional diplomacy. Historically, Washington and the Pentagon have relied upon Canberra to conduct their affairs and promote 'US interests'. The direct involvement of the US would appear to form part of the revised new defence strategy which was officially launched by the Biden administration in late October. Reference, in the strategy, to China 'as the greatest threat to US security … assessments … China is seeking to undermine US alliances in the Indo-Pacific', have been played out in the South Pacific. (11)

It is not coincidental that PNG is subject to three intelligence services: the main PNG defence and security system over-ridden by Australian counterparts in Canberra, existing under the tutelage of the US regional and global surveillance system. The latter would appear to have taken more formal control of the former.

Even the best made plans, however, can sometimes go astray, as analysts in the Pentagon are no doubt at present assessing. Meanwhile they have left Australian tax-payers to foot the bill.

The major additional factor of consideration remains problems arising with the planned upgrade of Lombrum Naval Base on Manus Island. Local landowners have protested about the joint US-Australia-PNG military facilities and the matter has been referred to courts. (12) Problems arising, however, include PNG having two distinct legal systems: usual European law with established procedures, and Melanesian law whereby elders and custodians negotiate compensation for perceived wrongdoing. The latter is usually an extremely lengthy process providing all Melanesian participants with opportunity to voice opinions about matters affecting their ethnic grouping.

Despite the Memorandum of Understanding being officially signed in March 2019, the $175 million planned upgrade on the Lombrum facilities has still not taken place: contracts for the upgrade with Clough, were finalised last year. (13) Signed amid a flurry of optimism that 'it will be a leading regional naval base', the present PNG government has threatened to 'tear up' the deal and 'has now ordered a review', with Manus Governor, Charlie Benjamin, stating, 'the Lombrum MOU is a geopolitically driven military intervention that has no benefit at all to the local businesses and people of Manus'. (14)

What the US and Australia have also had to acknowledge with their diplomatic problems with PNG is that the Westminster-style political system in Port Moresby remains based on ethnic groupings rather than parties. And members of the several hundred ethnic groupings remain loyal to their appointed custodians and elders. It is also extremely open, when dealing with matters considered of national importance for the peoples of PNG. Information relating to a secretive military intelligence assessment of the Lombrum facilities in 2018, for example, found its way into the international media from undisclosed PNG sources. Despite every attempt to keep the matter confidential, it was noted the Australian Department of Defence sent a group of military personnel to survey the Lombrum facilities, 28-30 August 2018, which was then subject to official denial. (15)

Problems arising with the Lombrum military facilities have been accompanied by a report from PNG which noted China had already begun work on a 140-metre wharf about 80 kms away from Lombrum, which was, 'beset with delays and criticism over its lack of scale and ambition'. (16) It was also noted elsewhere that China was also building or refurbishing dozens of Pacific air-strips including one on Manus Island. (17) China's diplomacy would appear more effective than that of their US and Australian counterparts.

In conclusion, a statement clarifying the Australian position in the whole matter was recently tabled by Peter Leahy, former Australian Chief-of-Army and now Head of National Security Studies at Canberra University. He stated: nearly four years on from the official announcement, there's little to show for it, because of bad processes, a lack of money and defence not being serious about it'. (18)

But are there lessons of history?

A sensible observer might conclude Australian governments learnt little from the previous Bougainville debacle which began in the late 1980s and ran for over a decade: it was marked by Canberra overlooking the manner in which business and diplomacy is conducted in PNG. But then, imperialist and neo-colonial arrogance, is usually accompanied with racialistic standpoints and dismissive attitudes toward peoples regarded as merely 'subject'.

These developments reveal an important and highly significant anti-imperialist struggle taking place in the South Pacific, which Australian people should recognise: