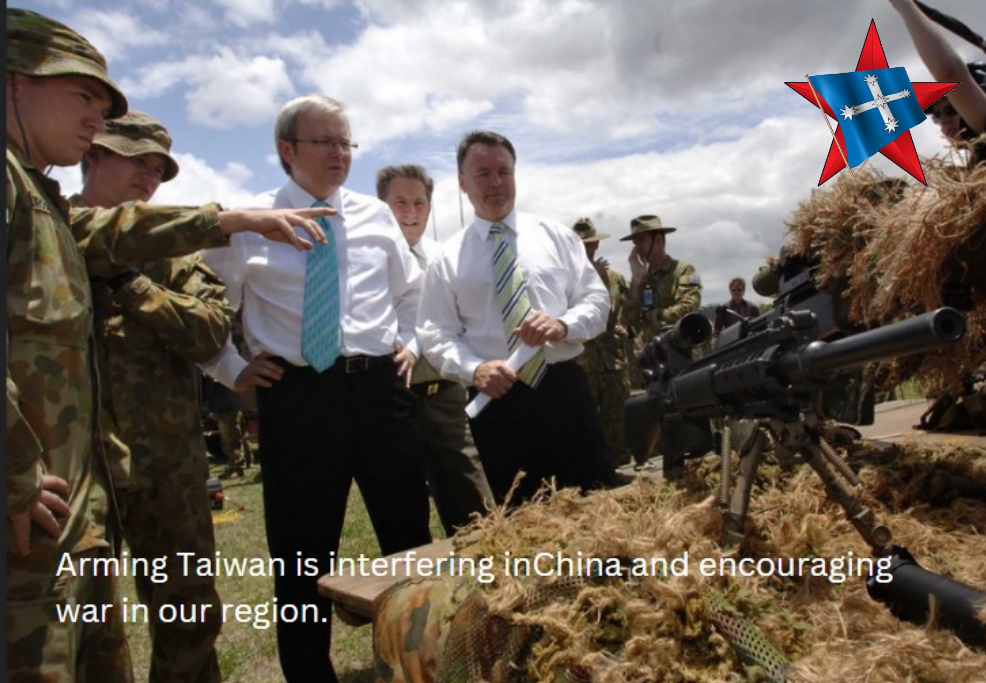 Kevin Rudd has recently been appointed Australian Ambassador to the USA. He is already based in the USA in his role as President of the Asia Society Policy Institute in New York. Prime Minister Albanese was a Rudd supporter during the Rudd/Gillard battle for the position of Prime Minister in Labor's previous period as federal government.

Rudd was called upon by the mass media for his views on world events, particularly events involving China, after he left the parliamentary scene.

What can we expect from Kevin Rudd in his new role regarding advice he may provide to Prime Minister Albanese on the rivalry between the USA and China?

A recent Letter to The Editor from Kevin Rudd that appeared in the Adelaide Advertiser on Wednesday 28 December may give us an indication of what lies ahead.

In August this year Rudd had commented on Nancy Pelosi's visit to Taiwan which he described as "unwise" at the time. A Murdoch Press-owned Advertiser Editorial on 12 August 2022 labelled Rudd's position as "appeasement" of China.

Rudd replied in the form of a Letter to The Editor, but the Letter only appeared on 28 December following a complaint lodged with the Australian Press Council!

The Letter sets out Rudd's view on how best to assist Taiwan. The Letter says "Taiwan doesn't need more political grandstanding by foreign politicians for its defence.  It needs military upgrades that will make Beijing's generals nervous about the pitfalls of invading. And for Washington and its allies to narrow the military gap as a regional deterrent.  This is not appeasement (towards China), it is deterrence."

Rudd continues, "As someone who has actually lived in Taiwan, that has always been my policy...Was Taiwanese national security better or worse as a result of the Pelosi visit?"

Rudd's words will be music to the ears of the US military industrial complex as his words fit in nicely with the continued weapons build-up in Taiwan and supply of weapons by the USA.

Rudd's Letter to The Editor was written prior to the announcement of his appointment as Australia's Ambassador to the USA.

His position on how to "handle the Taiwan issue" complements AUKUS and the general military build-up in Australia geared for a US war against China rather than for self-defence of Australia.

Kevin Rudd is no friend of the Chinese Government, especially on the issue of Taiwan. For Rudd to refer in his Letter to The Editor to Taiwan's security as "national" in nature will be seen by the Chinese as implying that Taiwan is a nation, rather than a province of China.

So Rudd may, like Pelosi, have "poked the bear"!  Using the term "national" in reference to Taiwan is also muddying the stated Australian Government policy that there is only one nation of China whose government is in Beijing, not Taipei!

To safeguard the interests of the Australian people and indeed the people of Taiwan, both Rudd and the Albanese Government should declare that Australia opposes military build-up of the USA in Taiwan and that the Australian Government will not be involved in any war between the USA and China.