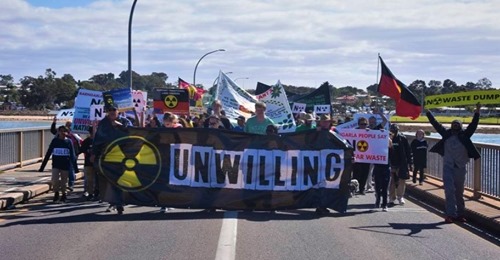 The Barngarla People are the Traditional Custodians over much of the Eyre Peninsula, including the proposed site for a National Radioactive Waste Management Facility (NRWMF) at Kimba in South Australia.

We have previously pointed out how, despite being Native Title Holders, they were denied the right to vote in the official ballot on the proposal for the dump, used to test community support.

The Government is now trying to remove their rights to judicial review and remove independent scrutiny from this matter. Schedule 1 of the proposed National Radioactive Waste Management Amendment Bill 2020 would prevent judicial review of any Ministerial decision to locate the NRWMF on their traditional land.

The SA government has also tried to frustrate the opposition by keeping documents and information on the Kimba dump from the public. Senator Rex Patrick made a Freedom of Information application last August asking for access to correspondence between the SA and Federal Government relating to the establishment of the dump.  He received four documents with significant redaction on one of them. When he challenged the redaction, the SA Energy and Mining Minister threatened him with legal costs. But on May 18 a Supreme Court Justice overturned the decision rejecting the Minister’s arguments and found that the document he wished to keep secret was not exempt under FOI.

Although the Kimba community is divided over the issue, the Barngarla are part of an opposition to the dump that includes Kimba residents and local farmers. The farming community have their own organisation, “No Radioactive Waste on Agricultural Land in Kimba or SA”, which had its AGM at the Kimba Golf Club on March 13.

One of the reasons for division amongst Kimba residents has been the amount of federal money spread around the community as an inducement in the form of paved footpaths, cement gutters and improvements to community facilities like the swimming pool and playgrounds.  More than $4 million was made available as part of the consultation process.  To try and shore up its supporters, the government has made another $2 million available through its recent Budget.

That, and delays in getting the Kimba bill through the Senate, suggest to some activists that the government wants to delay the Senate vote until after the next federal election in the hope that it may then have the numbers.  In any case, after repeated delays the next sitting of the Senate is Tuesday June 16, and at this stage the Coalition does not have the numbers to get it through.

The Barngarla People have released an appeal for funding, saying that they “do not support the building of an NRWMF at Kimba and deserve to have our voice heard by the Federal Government.

We need your support to continue fighting to protect this land and the local community.

Donations will contribute towards lobbying for appropriate legislation, advocating, and any future challenge against a government decision to establish an NRWMF at Kimba.

Donations can be made to ‘Barngarla: Help Us Have a Say Pty Ltd’ via this link: https://gofund.me/d264cc96 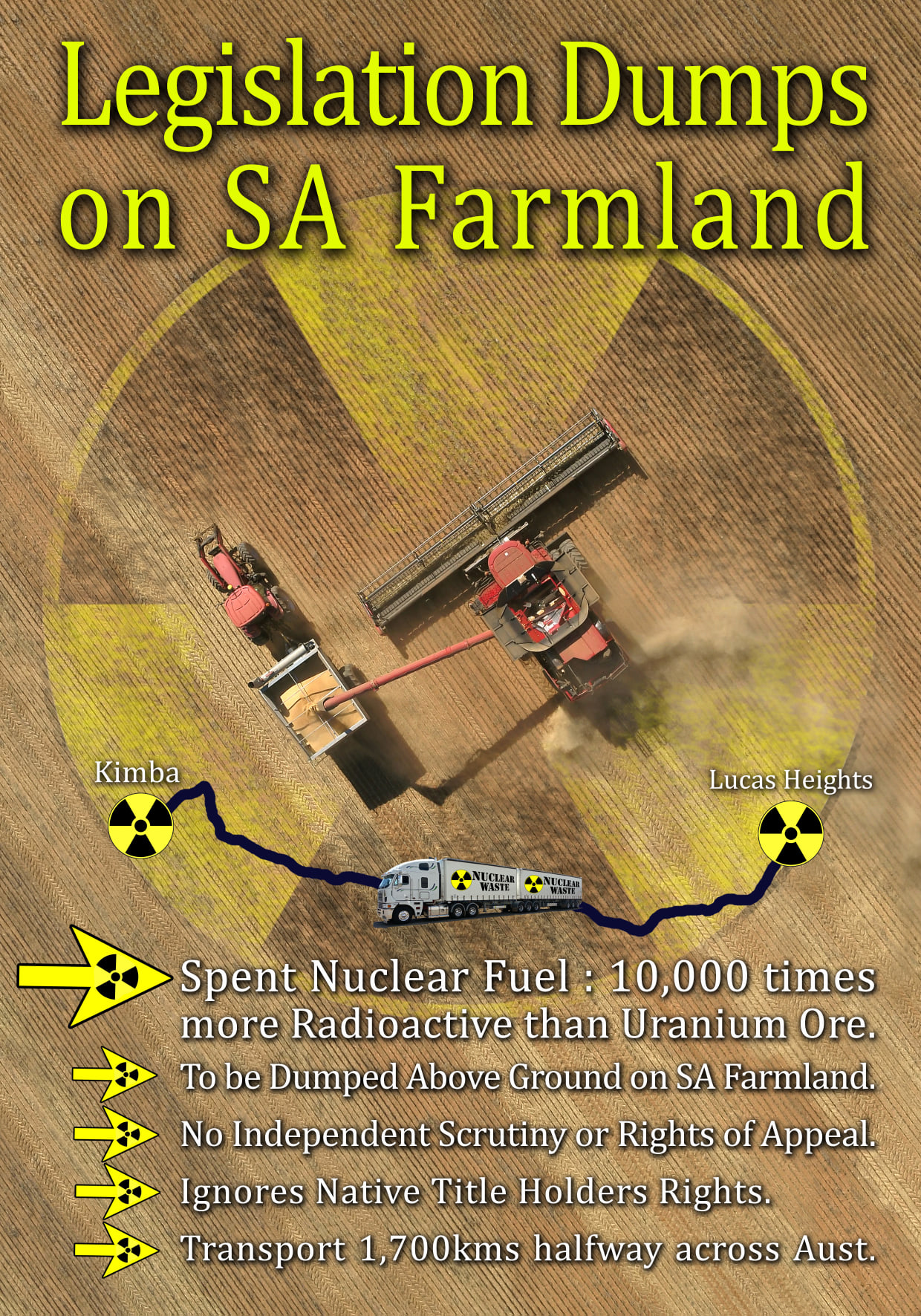