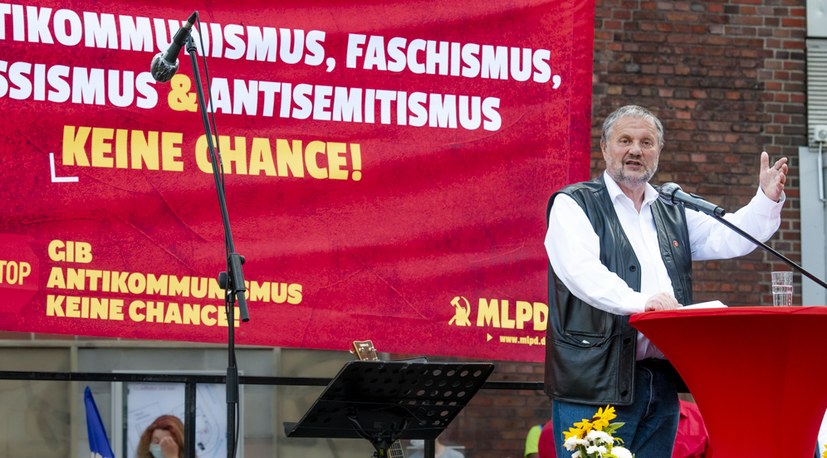 On Tuesday August 3, Comrade Stefan Engel, Chairperson of the Marxist-Leninist Party of Germany util 2016, will take the Minister of the Interior Seehofer, two intelligence service chiefs and a police director to court to have charges they laid against him dropped.

The charges arose out of the organisation by Engel, the MLPD and its youth wing Rebell! of an anti-fascist, anti-imperialist, revolutionary music festival in May 2018.

German police threatened to close the festival using the pretext of the participation of one of the headline acts: the Turkish band Grup Yorum. (Two members of Grup Yorum died of hunger strike in 2020 in protest against Turkey’s persecution of the band.) We responded to the German police’s threats with an expressions of solidarity

Despite police threats, the organisers refused to bow down and the festival went ahead with over 50 bands. It was a great victory for the MLPD, for youth and for anti-fascism.

However, the state is ever-vengeful when it suffers a defeat.

Ironically, under laws designed to prevent terrorism, Engel was declared a “danger” by Thuringian police director Dirk Löther who said that his function as patron of the “Rebellious Music Festival” 2018 justified the “initial suspicion of terrorist financing according to § 89c StGB and the support of a terrorist organization according to § 129 StGB - crimes that are among the most serious under German criminal law.”

Under the declaration, Engel can be subjected to the entire arsenal of police repression measures, starting with identity verification via telephone surveillance, wiretapping of vehicles or apartments,  prohibitions to leave certain places or to meet people, up to electronic ankle cuffs or preventive detention, which is elegantly described as “preventive detention”.

Engel’s legal team hopes to use the process on August 3 to shed light as much as possible into the darkness of the amalgamation between the domestic secret service and the police authorities. His lawyer Frank Jasenski said that “if you look at the individual measures and extensive spying rights, you come to the conclusion that much of what was already used against political opponents at that time (Hitler’s) is now quite legally in the law. Hence one can speak of an increasing fascization of the state apparatus.”