From this (above) to this (below) 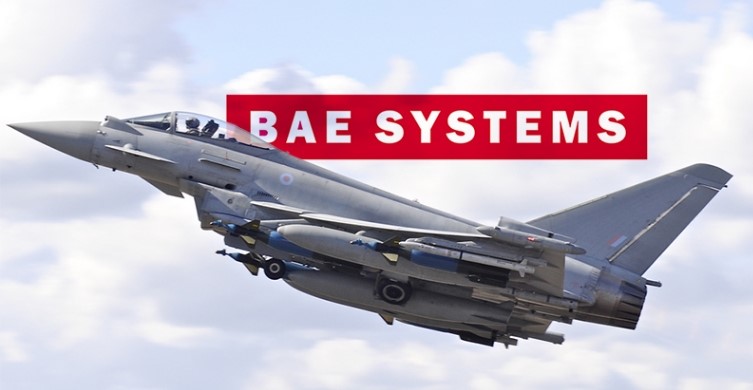 It is the latest in a series of engagements with schools that go back over two decades.

The new program, Beacon, is described as a STEM outreach program aimed at Years 4-6 children and will initially involve 15 primary schools in SA, WA and NSW.

What is BAE Systems?

BAE Systems was formed in 1999 following the merger of aircraft and munitions manufacturer British Aerospace with several other European companies in competition with US arms manufacturers.

It is the largest arms manufacturer in Europe, and ranked the seventh-largest in the world based on applicable 2021 revenues.  In 2017, 98% of BAE Systems' total sales were military related.

BAE Systems Australia is the largest arms contractor with the Australian government.

Arms manufacturers seek involvement with schools for several reasons. This is true of their operations in a number of countries, and not just Australia.
Their favoured method of operation is to offer resources to struggling schools in socially-deprived areas. The resources promise to involve students in solving “real world” problems and are often welcomed by teachers keen to find new ways of making education interesting and relevant. Whilst the connection of these companies to the manufacture of weapons to maim and kill people is not at the forefront of the resources, the involvement with schools as a donor or mentor helps to establish their broader social licence.  It is a PR exercise designed to prevent community opposition to the presence of their research and manufacturing facilities.

BAE Systems first became involved when its forerunner, British Aerospace took over Australian company AWA Defence Industries in April 1996. AWA had just established an “industry partnership” with the working class Salisbury High School in SA to the tune of $10,000 through which its personnel would be “working with the school to help shape the direction for education and training for students to match industry expectations and needs.”

Salisbury High also had a relationship with Tenix Defence for some years and through this won a Prime Ministers Award for Excellence in Business Community Partnerships in 2006.  In 2008, Tenix was also taken over by BAE Systems. In selling its partnership to the students at Salisbury High, BAE reps choose not to detail the murderous application of their hundreds of products and services, which see daily use in terrorizing people throughout the world struggling to be free of imperialist domination and control.  Rather, it benignly states that it “brings students into the real-world, high-tech field of engineering, (and) exposes them to ‘market economy’ constraints such as deadlines and budgets.”

It sponsors the FIRST Robotics Competition, an annual event that “helps inspire the next generation of scientists, engineers and innovators. A large-scale robotics competition, it brings together secondary school students and mentors from across Australia to build robots, to precise specifications, that perform in a competitive environment against teams from all over the world.”

BAE also sponsors the FIRST LEGO League, which is the junior version of the Robotics Competition. It uses LEGO MINDSTORM robotics kits “to introduce upper primary students to real-world engineering challenges, in which they research and identify a problem, develop a solution for that problem, and share their solution with their community.” BAE has been sponsoring the competition and event since 2010 by “providing robotics kits to schools, mentoring the students and acting as judges, volunteers and the major sponsor for the final event.”

BAE sponsors the Concept2Creation program which introduces a “product life cycle” approach to STEM education, “where secondary students work with industry mentors to take a product from concept, through research and development, production and quality assurance, to final creation and marketing. BAE Systems also provides sponsorship, mentoring support and helps to judge the Wetlands Environmental Management (WEM) Challenge of C2C, where secondary school teams design, manufacture and test a vehicle that can obtain multiple water samples from a wetlands environment.”

In themselves, such projects have educational value – our concern is that they are the carrot on the stick of enticing young Australians into an uncritical relationship with multinational merchants of death.

Beacon, but not lighting the way forward

Beacon is being offered as a five-day intensive camp or a 10-week program. It is currently advertising its program to teachers and schools.

BAE Systems Australia CEO Ben Hudson justified the project, saying “At a time when the number of STEM students across Australia is falling, industry needs to step up to inspire more students to remain in STEM subjects so they might consider an exciting career solving some of the world’s biggest challenges. Our goal with this program is to promote diversity and inclusion in STEM on a national scale, to keep students engaged in their education and raise awareness of future career opportunities.”

Under the heading “Sign up your school for our new STEM outreach program”, one ad takes you to this BAE page with a list of questions “you might be looking for the answers to” such as “What is a wearable cockpit?” and “How do ‘stealth’ planes avoid radar detection?”.  There is also a link to teacher resources that include activities based around popular children’s stories. For example, an activity based on Hansel and Gretel encourages students to design a parachute or similar object and land it on a target area inside the witch’s house in order to help Hansel and Gretel escape.  The activity pages are colourful and branded with the BAE Systems name.

Another ad is headed “Calling all Primary School STEM Teachers!” It takes teachers to the same BAE page.

What can be done?

Some branches of the AEU have policies that seek to prevent arms manufacturers having these sorts of relationships with schools. But with schools strapped for cash and resources, it cannot be left to education workers alone to take decisions arising from the ethics of the involvement of arms manufacturers in schools.

Parents and communities should also demand that there be no mentoring or preparation of students below the age of adulthood, 18 years, in military-related careers or careers in industries working for or profiteering from the military.

If there is to be greater corporate funding for socially equitable education, then it should only be through increased taxation on overseas-owned and local monopolies, and not by their direct sponsorship of curriculum-related matters.

There should be greater funding for career paths into employment that supports a sustainable future.

BAE Systems is not alone in trying to win favour through school partnerships.  Other major arms manufacturers that have ongoing programs with schools include Raytheon, Lockheed Martin and Northrop Grumman.

To use a metaphor that these companies would understand, it is up to us to stop them slipping beneath the radar and getting away with winning social acceptance of war industries.