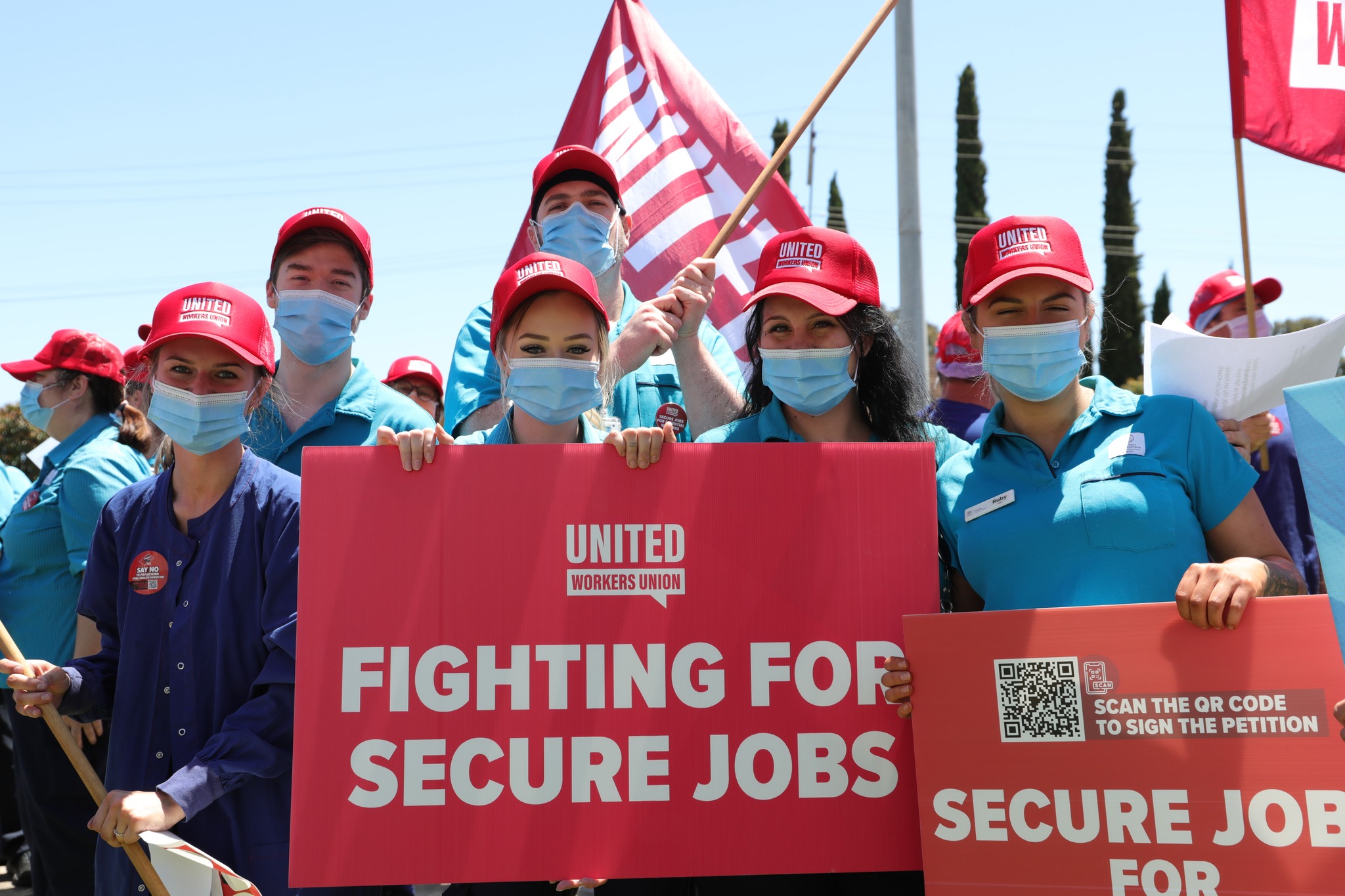 Hospital workers in SA have been waging a determined struggle against privatisation of services in the SA public health system.

The workers held a rousing demonstration outside the main entrance of the hospital and received strong support from patients, members of the public and other hospital workers.

The strike is part of escalating actions by workers across the public health sector to prevent further privatisation and to preserve wage parity for workers already privatised and employed by multinational contractors.

All the workers at the demonstration wore masks in recognition that they are also fighting an invisible enemy, Covid 19 in all its forms. The workers know that their struggle for job security and against privatisation and their struggle against Covid 19 as workers and citizens are linked.
Further privatisation means that more workers and patients will be exposed to short cuts for profits leading to greater risk of spread of the virus.

Their resilience over the last two years shows they are in it for the long haul and they will win!