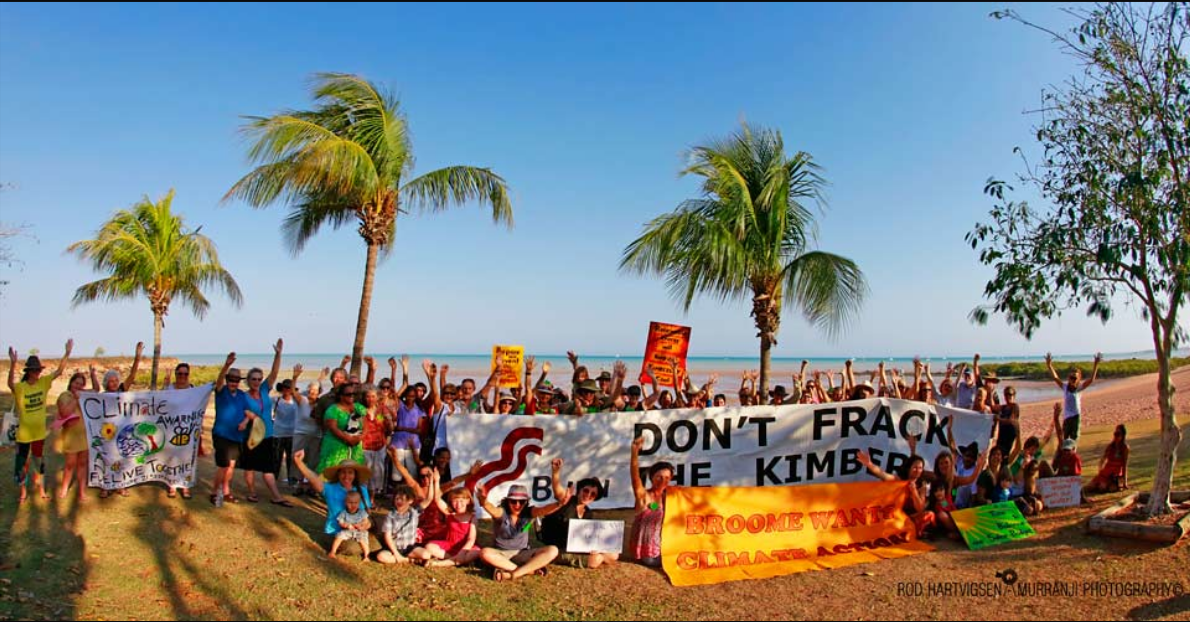 For years the anti-fracking group Lock the Gate Alliance has warned the WA government that fracking companies could go bust and force the public to pay for the environmental damage in their wake.

Unfortunately, their warnings have come true, with an Australian-registered but Chinese majority-owned company, New Standard Energy declaring bankruptcy and inability to repatriate drilling holes in the Kimberley.

The company was incorporated on 19 April 2006 as Hawk Resources Limited but changed to New Standard Energy Limited on 7 August 2008.

The company undertook onshore hydrocarbon exploration in the Canning and Carnarvon basins.

Its largest shareholder was China International Economic Huizhou Energy Investment (Beijing) Co Ltd with 32.76 per cent, followed by Zhang Xiangqian with 7.5%.  The remainder of the top ten investors are a mix of Chinese investors and institutional investors (eg Citicorp Nominees), but their shares are of the one or two per cent variety and hardly count.

A Non-Executive Director until her death from a car crash in 2021 was Lin Xiaoning. Ms Lin was the Managing Director of Goldfields Oil and Gas Pty Ltd. She established her own business, Shenzhen Huai Ri Real Estate Agent and Evaluation Company. She was also a director of Ocean Sincere and Australia Trailcraft Boats.

New Standard Energy started out strongly, partnering with US giant ConocoPhillips to explore the onshore region for what it hoped was a 40-billion-barrel oil resource.

In 2012 when two wells, Nicolay-1 and Gibb Maiitland-1, came up dry ConocoPhillips left the project handing decommissioning liabilities to New Standard.
From then on, the company new it was in trouble. Its Directors eventually worked for several years without payment as the company’s cash reserves disappeared into the Kimberley exploration holes.

Over recent years the company has been issued multiple orders by the WA government to rehabilitate its failed oil operation. It has been estimated that the cost of abandonment, for five wells, an airfield and other infrastructure, could reach in the region of tens of millions of dollars.

Those costs and environmental rehabilitation now fall to the WA government.

Lock the Gate Alliance WA spokesperson Simone Van Hattem said “Fracking is a high-cost operation, particularly in areas as remote as the Kimberley. It’s no surprise New Standard Energy has gone bust with little cash left to clean up its mess.”

Unlike the mining industry, there are no legislative requirements on oil and gas explorers to remediate country they have drilled.

And a company set up and run by foreign capitalists, regardless of their nationality, is one step further removed from having to take responsibility for rehabilitating damaged country.

Australian governments have always proven to be reluctant to exercise sovereignty over multinational investors.  They run scared of their power and influence and, unwilling to develop a capacity within the Australian state for self-reliant use of our resources, they hand them over as fast as they can to foreign multinationals.

The answer, ultimately, has to be economic and political independence, and that can only be achieved and sustained in a socialist Australia.