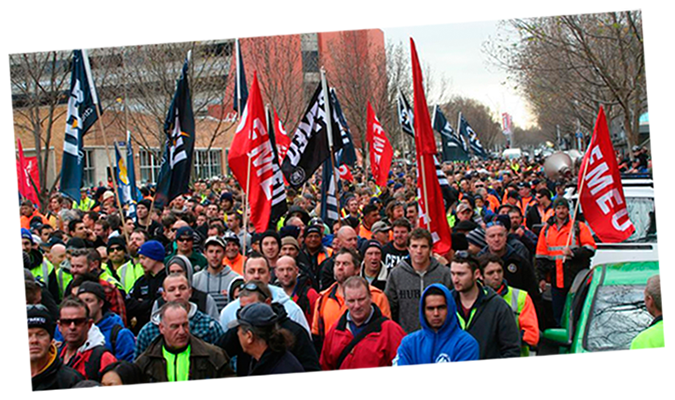 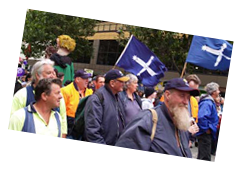 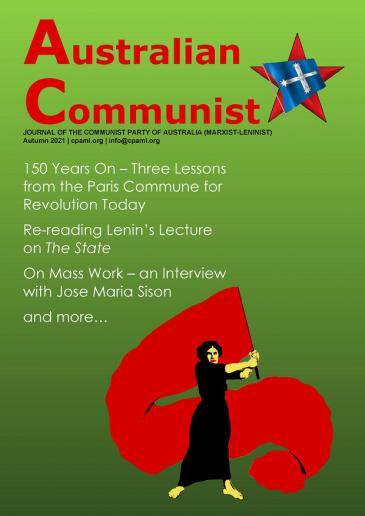 Readers are invited to submit questions for discussion. We will endeavour to provide a timely response.

The deaths of 46 aged care residents at St Basil’s Home for the Aged in Melbourne suburb Fawkner raised failures and financial and operational arrangements in the Greek Orthodox Church.
Covid deaths at other church homes in Sydney, the Dorothy Henderson Lodge run by BaptistCare and Newmarch House run by Anglicare, suggest these may not be aberrations but systemic failures. They also raise the issue whether behind this lies the ...

Revelations about huge payments from aged care homes run by the Greek Orthodox Church to the Archdiocese shocked many in the light of how hard Covid hit the residents of the church-run St Basil’s Home for the Aged in the Melbourne suburb of Fawkner.

IWAC: Rally on May Day, the international day of struggle of the working class and 28 April, the International Day for Health and Labor Safety!

The International Auto Workers Coordination has issued a call for action on April 28 and May 1. Although directed at workers in an industry that finance capital destroyed in this country, the message will resonate with all industrial workers.

Across these sovereign lands, protests mark the 470 human lives lost in the 30 years since the Royal Commission into Aboriginal Deaths in Custody handed down its report and much-ignored recommendations. They call for justice and their demands go further than the Commission.

Smash this system to the ground it’s built on

An ex-BLF mate Lennie texted on the night of Prince Philip’s death, “$14 million a year to walk around with his hands behind his back. Are you serious?
“Cheated death, ha, riding a horse carriage. Try scaffolding, knobhead.”
Yet Lennie is more than a wit. Until her death in 2009, Lennie supported Letty Scott’s fight for justice for her husband Douglas, murdered in Darwin’s Berrimah Prison in 1985. Douglas Scott ...

Say Their Names: Thirty more years of deaths in custody

For many of us in NSW, Aunty Leetona Dungay (pictured with rasied fist) has become the face of resistance to state murders of First Peoples in custody.
Militant struggle and continent-wide anger brought about the Royal Commission into Aboriginal Deaths in Custody, which delivered its report 30 years ago on 15 April. It investigated 99 deaths, men, women – and even children.

Rob McBride is a grazier and owner of Tolarno Station on the Barka/Darling River.
He and his daughter Kate have been relentless campaigners against the giant corporate irrigators whose water extraction – legal and illegal - has destroyed the Barka.
His response to proposals to turn corporate irrigators loose on Western Australia’s Martuwarra/Fitzroy River is unambiguous.

The US Far Right, Psy-ops and Australia

The demise of the Trump administration in Washington has been accompanied by moves to maintain their far-right political agenda with psychological operations (psy-ops) in preparation for a further challenge for the presidency in due course.

Former Secretary of State, Mike Pompeo, for example, was recently allowed prime media space in the Australian to articulate a number of highly questionable and misleading statements in the classic style of psy-ops.

Recently there has been a massive increase in the use of Buy Now Pay Later. BNPL allows a customer to make a purchase and pay for the goods or service over four equal instalments linked to their debit or credit card.

When the federal Labor Government under Hawke and Keating legislated in the early 1990s for Enterprise Agreements to become the main method for workers to protect and advance wages and conditions, the ACTU leaders at the time told workers it was the greatest thing since sliced bread.

IR Minister Laurie Brereton went one better and amended the industrial laws to enable employers to "negotiate" non-union Enterprise Agreements with workers on ...

The leadership of the National Party can deny the existence of Climate Change as much as they like, but there is no denying the reality of Global Warming. Worse is yet to come.

Over the Labour Day long weekend news filtered through that the ‘saviour’ of the Whyalla steelworks, Sanjeev Gupta’s GFG Alliance, was experiencing difficulty with its finances. That is, one of GFG’s key financiers, Greensill Capital, has spectacularly imploded leaving question marks hanging over GFG Alliance’s ability to continue its various operations here in Australia and overseas.

The release, in Australia, of the film White Riot has provided an important contribution toward our understanding of the forces of reaction and the ability of ordinary working people to organise effectively to combat the menace of racism.

The forces operating behind the main theme of the film are extremely historically important; they provide many insights into the age.

In 2017, as a direct response to Donald Trump’s incessant attacks on science, US citizens called for a March for Science.  The march was held on Earth Day to emphasise the link to climate change denialism. Around the world, more than a million people marched.
People organised to march in Australia too, the inaugural march occurring on 22 April. People were angered that then Treasurer Scott “Scummo” Morrison had used ...

The revelation, yesterday, that the NSW government had tried to change the work of a scientist preparing an Environmental Impact Statement (EIS) on a proposal to raise the height of Sydney’s Warragamba Dam will sadly come as no surprise to the scientific community.

New Booklet: An Overview of the History of the CPA (M-L) in South Australia

A new online booklet telling the history of the CPA (M-L) in South Australia from the Party's founding in 1964 to the present day has been published on our website.

We are pleased to publish the International Information Letter of the International Automotive Workers Coordination, which documents the continuous struggles and solidarity actions of Auto workers across the world. A former car industry comrade has provided a short introduction on the demise of the auto industry here in Australia.

TAX THE RICH TO END POVERTY

The Living Income For Everyone (LIFE) and SA Anti-Poverty Network organised a small but effective rally on the steps of Parliament House in Adelaide on Friday afternoon 19 March.

The two main banners. Poverty Is A Political Choice and Tax The Rich, Make Them Pay To End Poverty were highly visible to pedestrians passing by and to the many cars passing Parliament House on busy North Terrace.

WHO DO THE NATIONALS SERVE?

The QUAD Summit and US expectations of the Australian military

The recent Quadrilateral Security Dialogue (Quad) summit in March was given widespread media coverage. A subsequent high-level diplomatic visit to Asia a few days later, however, was given extremely limited publicity despite its importance for US-led regional alliances.

The developments take place amid an escalation of diplomatic tensions where observers openly discuss war preparations, within a context of a changing balance of forces away from US-led traditional hegemonic positions.