“Revolution and the Australian State” republished. 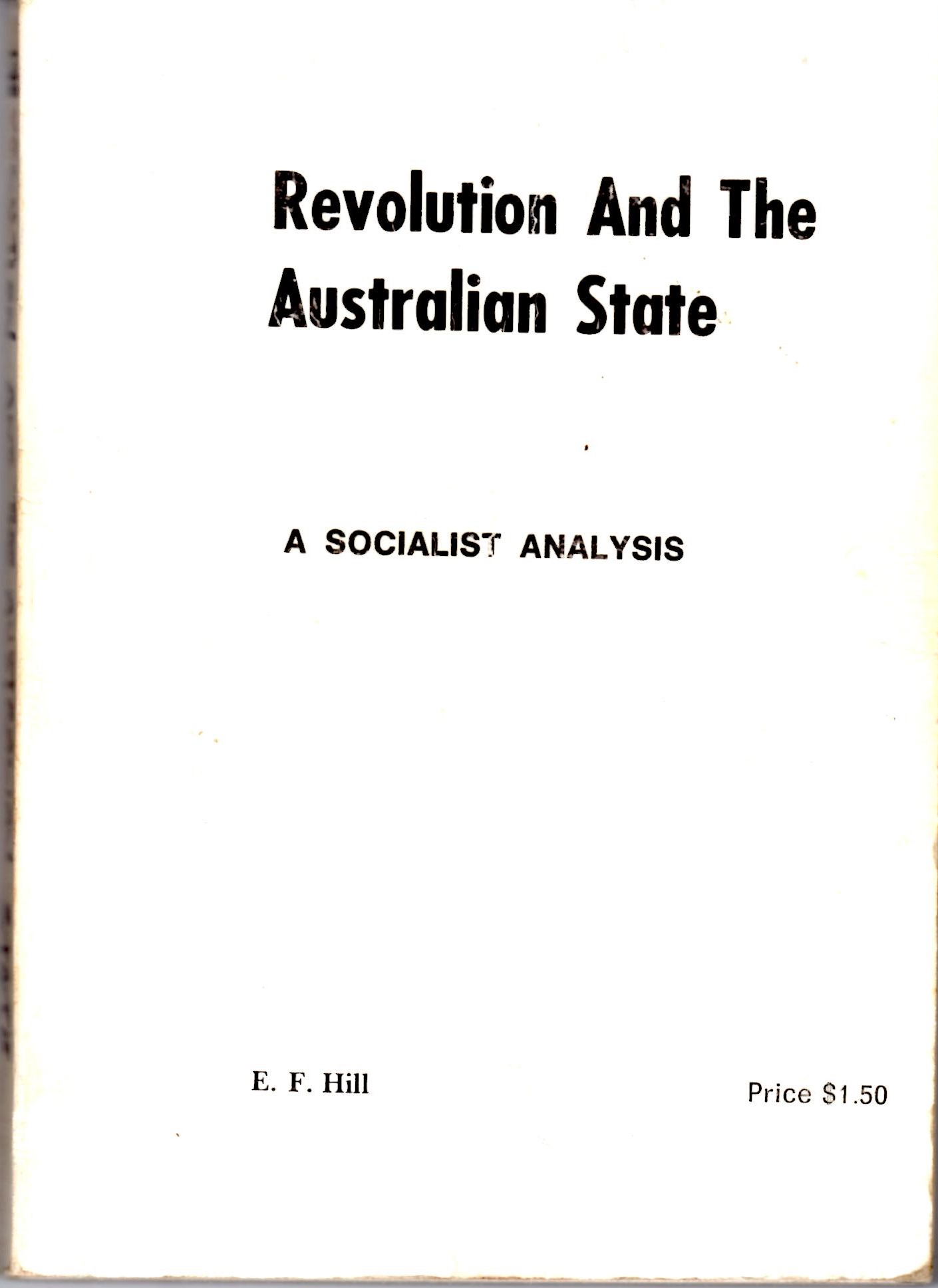 In 1974, founding Chairperson of the CPA (M-L), Ted Hill, published an analysis of the Australian Constitution and the machinery of state that serves capitalism.

This work has been unavailable for many years. We have now had it re-typed and placed on our website as a pdf. You can access it here.

A new introduction to the book follows.

The new Party was founded on March 15, 1964.  Over a number of years since that date, Hill subjected Australian reality to genuine Marxist-Leninist analysis in order to ensure the CPA (M-L) developed in accordance with the revolutionary teachings that the old Party had abandoned.

Some of Hill’s writings can be found on the Encyclopedia of anti-Revisionism Online at the Marxists Internet Archive here:  Anti-Revisionism in Australia – Index Page (marxists.org), some at the Reason in Revolt website here: Hill, Edward Fowler - Biographical entry - Reason in Revolt . A range of publications and speeches has been collected here: E F HILL .

In February1974, Hill published Revolution and the Australian State: A Socialist Analysis. It is one of his works that has not been previously archived. We have retyped it because it is an important part of his work and needs to be available for study. It is even more relevant today for both the working class and First Nations Peoples.

In this work Hill offers an analysis of the machinery of the Australian state apparatus. He modestly refrains in the sections on the law, the police, courts, from mentioning that he was an outstanding barrister, or that in his early studies in 1933, he had been awarded the Harry Emmerton Scholarship in Constitutional Law and Legal History. He could have easily tried to impress readers of this work by big-noting himself and saying “I am a lawyer, I deal with this stuff every day, so you must accept what I say.” He lets his analysis stand on its own feet, to be accepted or rejected on its own merits.

We have added as an appendix, an article Hill wrote in 1987 for the CPA (M-L) newspaper Vanguard for it does fill in that missing space of Hill’s own experiences with the police. It is now an historically valuable insight into Hill’s personal and professional life.

It should be noted too that some of what Hill has written in this publication is now out of date. For example, some of the provisions of the Crimes Act are no longer found in that Act but have been incorporated in the growth area of new repressive laws. These laws are so concerning to some that they have been described as fascist. Prof. Stuart Rees OAM is one who has referred to them in this way (see: Fascism is alive in Australia - Pearls and Irritations (johnmenadue.com) ).

We have added footnotes where we thought they might address changes since the time at which Hill was writing. Some are designed to contextualise references made by Hill.

Although Hill’s task was to analyse the Australian state as a machine for the maintenance of monopoly capitalist rule over the working class, new developments in international law provide instances where the so-called “national interest” has been sold out by a ruling class determined to keep in sweet with the major imperialist powers headed by US imperialism. Although these developments which have seen the Australian state voluntarily surrender its sovereignty and independence to international bullies are beyond the scope of this Introduction, we would refer interested readers to Clinton Fernandes’s Island Off the Coast of Asia (Monash University Publishing, 2018) for its discussion of such matters as free trade agreements, intellectual property agreements and Investor-State Dispute Settlement provisions.