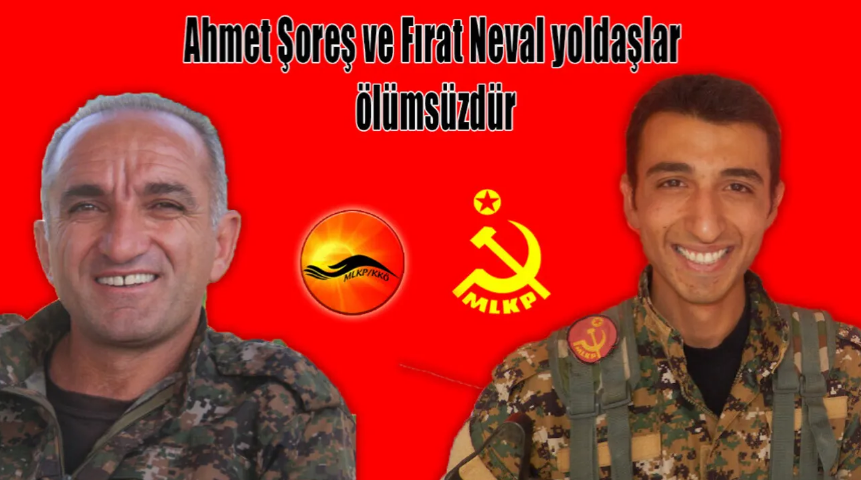 The Central Committee of our Party has sent a condolence letter to the Marxist-Leninst Communist Party of Turkey/Kurdistan (MLKP) following the murder by Turkish drone attack of two leading members in Rojava, Syria on January 3.

The Central Committee of the Communist party of Australia (Marxist-Leninist) extends its profound sympathies to all members of the MLPK on the death of Zeki Gürbüz (Ahmet Şoreş) and Özgür Namoğlu (Firat Neval) in Rojava. These are new crimes to be added to the long list of crimes committed by the fascist Turkish government.

Comrade Zeki Gürbüz was a member of your Central Committee, a tried and tested revolutionary who had withstood torture by the Turkish state for days as a young man. Reaching the mountain of Kurdistan he contributed to the growth of unity between Turkish and Kurdish revolutionaries in the Peoples' United Revolutionary Movement (HBDH).

The MLPK stands at the head of an entirely just cause. Although there will be such sacrifices, oppression by the Turkish regime will eventually be defeated.

Nothing can prevent the eventual victory of a free united socialist Kurdistan.