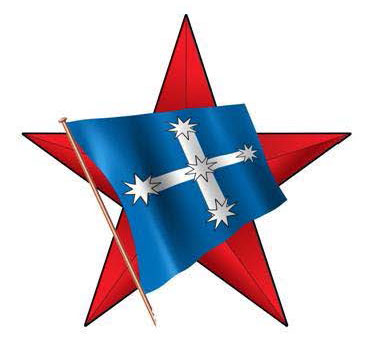 Remove the New People’s Army of the Philippines from the terrorist list for financial asset freezing.

The Communist Party of Australia (Marxist-Leninist) demands the immediate removal of the New People’s Army (NPA) of the Philippines from the DFAT terrorist list.

The NPA is not a terrorist organization, but a people’s army under the leadership of the Communist Party of the Philippines (CPP).

As an army under the leadership of a Marxist-Leninist Party, the NPA is expected to adhere to the Three Rules of Discipline enumerated by Mao Zedong for the Chinese People’s Liberation Army (PLA), namely:

(1)  Obey orders in all your actions.
(2)  Don't take a single needle or piece of thread from the
masses.
(3)  Turn in everything captured.

It is also expected to adhere to the Eight Points for Attention also enumerated by Mao Zedong for the PLA, namely:


The NPA is not a terrorist organization and does not engage in indiscriminate acts of terror.

It has been placed on the DFAT list because Australian governments slavishly follow the dictates of US imperialism.  No justification for the NPA’s inclusion on the list has been offered by DFAT except for the following statement jointly issued by the Minister for Foreign Affairs and the Attorney-General on October 28, 2002 :

The irony is that in attempting to list as “terrorist” a people’s army under the leadership of a Communist Party so as to show our support for US and other imperialisms, the Australian Government is turning a blind eye to the circumstances of the founding of the United States of America.

"The rules of war are laid down by militarily strong nations. These nations define their modes of making war as legal (although they do not always abide by their own rules), while criminalizing alternate modes of warfare rising from the limited strength of the militarily weak. During the American Revolution, the U.S. was militarily weak. It compensated for that weakness at sea by engaging in a very effective form of legalized piracy called privateering. Privateers were denounced by the British in ways that resonate with the denunciation of terrorists that we hear these days…. When privateers' men were captured, they were not recognized as prisoners of war, since they were civilians, and civilians of rebellious colonies to boot. They were held indefinitely in special camps…."

Today's disputes around indefinite detention and the use of terror against civilians should take note of the fact that American civilians were victims of this kind of detention during the Revolution, and the U.S. was born in what was seen at the time by its more powerful adversary as a form of terrorism.
(http://hnn.us/articles/915.html )

It is entirely relevant that the Philippines Government has been engaged at different times since 1992 in peace negotiations with the NPA as an army fighting for national liberation and not as a terrorist organization.

The NPA is not listed as a terrorist organization by the Philippines Government.

The Communist Party of Australia (Marxist-Leninist) expresses its solidarity with the NPA and calls for its immediate removal from the DFAT list of terrorist organizations and individuals.