Altona Refinery workers: Victims of the de-industrialisation of Australia 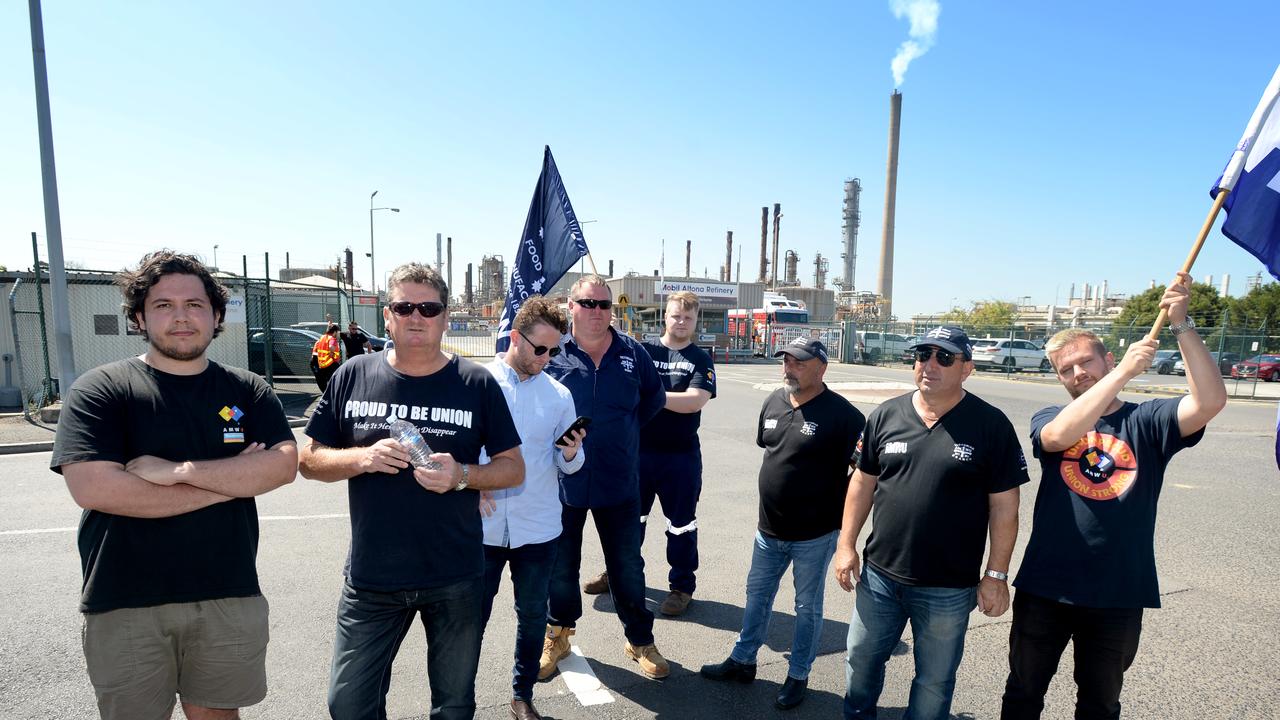 The announced sudden closure of the Altona Refinery by ExxonMobil has hit the western suburbs of Melbourne very hard, with 350 jobs to go later in the year. There are wide national ramifications for energy security.

To quote Tim Kennedy, National Secretary United Workers Union, “There is nothing inevitable about the destruction of secure and decent jobs. The Altona refinery workers are highly skilled and valued by their employer. However our domestic labour market has been hollowed out so extensively that these workers will likely not have equivalent jobs to move into once the site closes. This is a failure of vision. If we want to be a country that can ensure a secure and decent job for everyone who wants one, the Federal Government needs to invest in just transition and quality jobs of the future.

“For decades workers have been told they must skill-up for the future or be left behind. That’s exactly what these workers did. Yet this Government has failed to provide opportunities that match these skills. The closure of the Altona site, without any plan to repurpose these workers’ skills for future industries, is a terrible missed opportunity.”

Countless others in nearby foreign owned chemical industries such as Qenos, BASF, and Dow Chemical, which use product from the refinery, are also threatened. And local transport industry workers’ jobs are suddenly less secure.

For the billionaire bosses of ExxonMobil, the rate of profit from Altona Refinery was just not sufficient. This clique of unknown people in another country will have planned their announcement months ago, if not years, with no consideration whatsoever for the impact it would have in Australia.

Ten years ago there were seven oil refineries in Australia, now only the Viva Energy plant in Victoria (Geelong) and the Ampol plant in Queensland (Lytton) will continue for a while, and may eventually become storage depots for imported refined fuels. The Viva plant also has tentative plans to expand into a gas export hub to compete with US monopoly Chevron in exporting liquefied natural gas.

ExxonMobil has been making huge profits from the oil and gas fields in Bass Strait, while slashing into workers’ wages and conditions. ( See Longford workers still standing up and fighting back ) Most of this crude oil is shipped to more profitable refineries in Singapore with cheaper labour and lower environmental standards, and then comes back to Australia at high cost to customers.

The Morrison government is quite relaxed about this and has even been negotiating to store Australia’s reserves of refined fuel at depots in the United States. So much for energy security, self-reliance and national independence! And it won’t be Australian crewed ships bringing the fuels here!

The anarchy of capitalism
It well demonstrates the anarchy of capitalism, where production is carried out solely for profit rather than to meet the needs of people. So-called “market forces” dictate what is produced, not rational planning. When profit cannot be sustained and improved, capital is withdrawn, and the creators of the wealth, the workers, are thrown into unemployment.

Capitalism has evolved from its harsh beginnings in primitive workshops, mines and factories. Ruthless competition has seen the domination of whole economies and even countries by monopoly companies, and later, by global corporations controlled by a handful of super-rich shareholders. Sure, many small and middle capitalists operate as assemblers and providers, producing commodities and services which return lower levels of profit. Their continued existence is not secure, often at the mercy of the banks and the larger monopolies.

So, when we talk of capitalism in today’s world, we really mean the domination of these large corporate monopolies entangled with finance capital and supported to varying degrees by collaborating governments. This is the core of modern capitalism today – what Lenin called “Imperialism – the highest stage of capitalism”.

US imperialism is the main bastion and standard-bearer for modern imperialism, with more than 800 military bases and outposts scattered across the world, nuclear armed ships, submarines and planes on permanent patrol, all to “protect American interests” in places where profits can be made (especially oil, minerals, weapon sales) and collaborating politicians enlisted.

Australia is one such place, host to growing numbers of US Marines and Air Force looking to defend US interests here, which amount to 25% of all foreign investment. Our subservient government grants all sorts of tax concessions, and the profits derived from Australian workers are sent back to the USA, with often minimal or no tax at all.

The domination of Australia by US imperialism is reinforced and propagated by the Murdoch media, and by US agents in the Institute of Public Affairs, the Australia American Leadership Dialogue, the Australian Strategic Policy Institute and the monopoly-heavies in the Business Council of Australia.

The ‘globalisation’ agenda of US imperialism has seen manufacturing jobs and skills in Australia transferred to low wage countries. Industries that can’t compete just disappear, such as the clothing and footwear industry and domestic appliance manufacturing. Other industries are reduced to assembling imported products and providing parts, such as the car industry.

The security of socialism
In contrast to the insecurity and haphazard boom and bust of capitalism, a socialist economy is built on consultation and planning which prioritises the needs of the people, providing a measured balance of industries, agriculture, technical and scientific, trades and skills to ensure that all working people have secure and satisfying jobs. While capitalism alienates workers from their work, (and indeed the products of their work), socialism empowers workers to have control over their work and their lives, to contribute their ideas and enthusiasm to benefit the workplace and the society.

As US imperialism staggers under its crises of overproduction, endless war, obscene inequality and political decay, Australian workers can look ahead to more frequent and intense struggles to break free from US economic, political and military domination. Only then can we build a secure and decent socialist future.