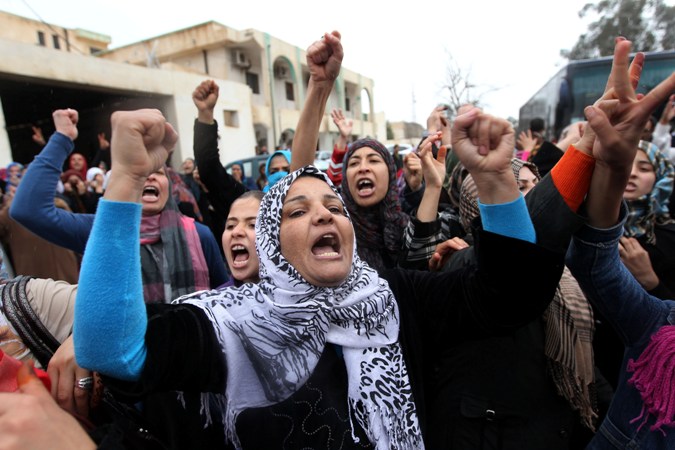 International Working Women’s Day on 8th March honours the long and tenacious struggles of women to end economic and social exploitation and oppression, in all its disguises. We pay tribute to the courageous women in all corners of the world organising and leading struggles for freedom, national liberation, to end the barbaric system of capitalism and imperialism and advance the fight for socialism and communism, the liberation of all humankind.

Working women are in the forefront of struggles protecting the livelihoods, health, security and wellbeing of all people, for workers’ rights and democratic rights, for the environment, for justice and peace.  We fight against the patriarchy, sexual abuse and violence, racism, against fascism and imperialist wars.

On International Working Women’s Day we take stock and review how far women have advanced, but also the setbacks, the deceptions, and how far working women still have to go to achieve our liberation.

The history of working women is one of long and arduous struggles for our rights, our dignity and emancipation from capitalism and patriarchy.  It is a history of class struggle and continues today in numerous ways and places.

First Nations' women
The British colonial invasion and theft of the country in 1788 brought with it the brutal oppression of First Nations women.  Resilient and powerful First Nations' women are leading the fight to protect and empower their communities and culture, for sovereignty and self-determination.

In December 2020, June Oscar, Aboriginal and Torres Strait Islander Social Justice Commissioner at the Australian Human Rights Commission wrote on the recently released Wiyi Yani U Thangani report on First Nations women and girls, “Wiyi Yani U Thangani shows how imposed western systems continuously fail to recognise the vital worth and contributions of our women and girls…..our women are the backbone of our societies and have been for millennia.  In every part of life, our women and girls are there.  They are, and always have been, integral to the making of history and the future we all want and deserve.”
https://www.theguardian.com/commentisfree/2020/dec/10/we-have-failed-to-recognise-the-contributions-of-first-nations-women-and-girls

Working women and capitalism
The global Covid Pandemic has laid bare and amplified the exploitation and oppression of women in developed capitalist and semi-feudal, semi-colonial developing countries. The Covid Pandemic exposed the lauded illusions and deceptions of equality and improvements in working women’s economic and social conditions under capitalism.

During economic and social crises capitalism has little capacity to even maintain the appearances of women’s equality and economic independence.

Many roads and struggles have been tried and tested by women to minimise or to end the exploitation and oppression of women within capitalism.  But with every step we come up against the profit driven capitalist system and its cruel patriarchy and sexism.  For the majority of working women, the few legislative improvements that promised women a few crumbs of social and economic empowerment, rights and independence have proven to be window dressing.

The commercialisation and commodification of women in the profit-driven capitalist market is as pervasive as ever.  Monopoly capitalism has turned women into a profitable market and a commodity for the capitalist class to exploit.  Women are treated as sexual objects and vessels for the reproduction and maintenance of future generations of workers to exploit for the creation of surplus value and profit.  Women carry the main burden of unpaid domestic work, caring for the children, the sick, the elderly, the family and home.  And because profit cannot be extracted from this unpaid labour it holds no value in a capitalist society. 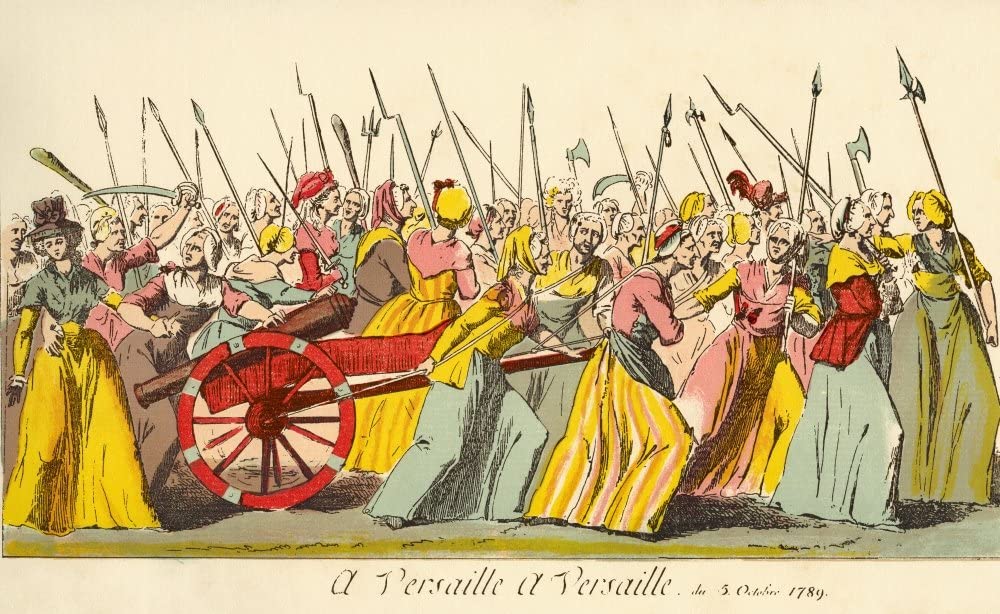 The culture towards women stems from capitalist social and economic relations.  Attitudes and behaviour towards women swing between paternalism, tokenism, patronising, misogyny and abuse.

Gender inequality, male chauvinism, and domination over women is expressed in numerous ways across all sections of society. The capitalist ideology and culture of male supremacy is endemic, often subtle and couched to deflect the root cause of capitalism.

Men are not the enemy.  Nevertheless, the conditioning of men and boys in male dominant capitalist society and culture enables men to be agents and beneficiaries of women’s oppression.  The struggle against the culture of gender inequality is constant for both men and women.  This responsibility falls especially on communists working with the people developing a genuinely revolutionary movement and Communist Party.

Today in Australia on the eve of International Working Women’s Day, allegations of rape committed by current and aspiring politicians in the corridors of bourgeois parliament have exposed the hidden day to day systemic violence against women.  The exposures of sexual harassment, intimidation, abuse and rape, the most brutal expression of violence and disempowerment of women, were thrust into the public stage for all to see by courageous women, one of whom took her life.  Women across the country cried and applauded these brave women. In spite of her horrendous sexual abuse as a teenager, Grace Tame’s strength, optimism and confidence in the collective power of women to speak out and force real change, inspired and moved the nation.

Economic class exploitation
This public outrage at violence against women must be extended beyond the corridors of bourgeois parliament and women in positions of power and privilege.

Where is the equally powerful outrage at sexism and abuse against working class women subjected every day to sexual harassment, violence, intimidation and degradation in workplaces by the bosses?

This outrage has to be extended against the violence of capitalist economic exploitation of working class women.  Where is the outrage against Jobseeker cuts to $43 per day on which many working class women depend for their survival and condemned to the lifelong existence of poverty and homelessness?

Where is the outrage against the demeaning and discriminatory Cashless Debit card imposed on women fleeing domestic violence, unemployed and with no other source of income?

Women suffer the highest levels of casualisation and insecurity living the precarious day by day existence.  Where is the outrage against the draconian anti-worker and anti-union laws aimed to crush unions that can provide even the minimum protection from workplace abuse and discrimination of women by the predatory bosses who will go to any lengths to increase the exploitation of workers and abuse women?  Where is the promised affordable child care and housing? 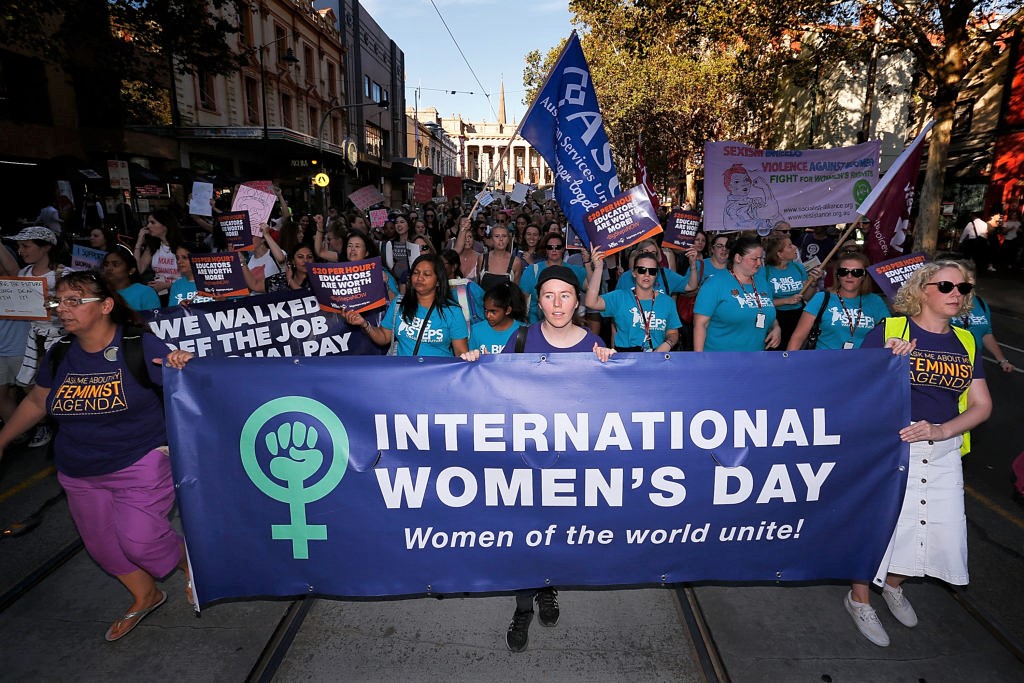 And where is the outrage and demands to end imperialist wars inflicting the heaviest burden on women in the countries attacked, subjected to untold suffering, rape, mass murder and impoverishment.

It is only through solidarity with working class women and men, and all the oppressed peoples in struggle against capitalism and imperialism, for socialism and communism, that the liberation of all humanity can be achieved.