TAX THE RICH TO END POVERTY 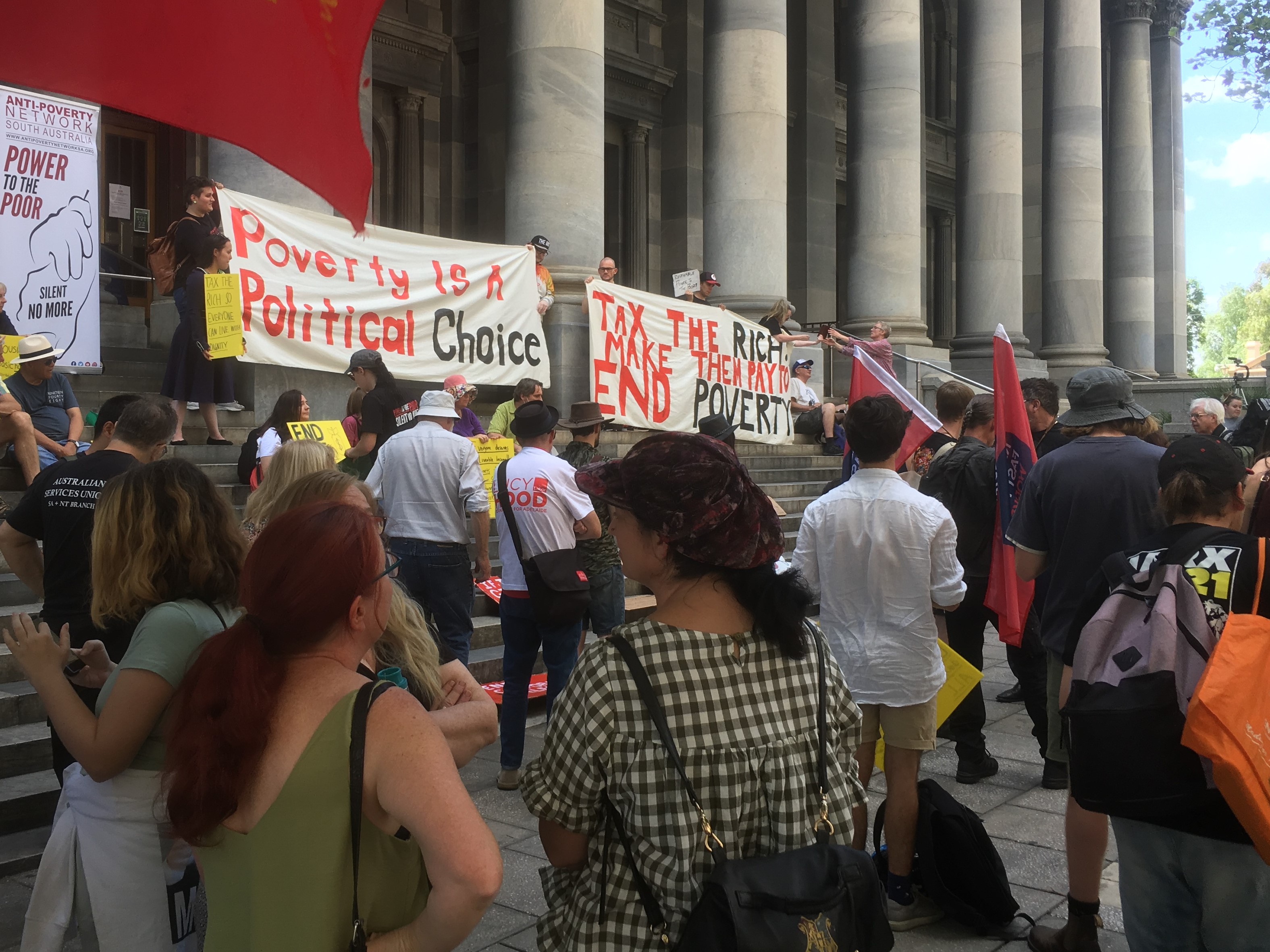 The Living Income For Everyone (LIFE) and SA Anti-Poverty Network organised a small but effective rally on the steps of Parliament House in Adelaide on Friday afternoon 19 March.

The two main banners. Poverty Is A Political Choice and Tax The Rich, Make Them Pay To End Poverty were highly visible to pedestrians passing by and to the many cars passing Parliament House on busy North Terrace.

All gave day to day examples of how difficult it  was to exist (let alone really live!) on the measly social security benefits that they received, and then only after jumping through the various procedural hoops before receiving a cent.

The rally was supported by several Union representatives including the Secretary of SA Unions, Angas Story and people from a wide range of community and church groups.

61 participants  at the rally then formed a line of 61 to symbolise that on average there were 61 applicants for every available job, a different picture than that painted by the Morrison Government and the Murdoch press in Adelaide. The latter ran an article today claiming there were 9,000 jobs that employers just could not fill!

The rally participants cheered when one speaker demanded that the Job Seeker income be raised by $80 per week for a single person to get somewhere near a Living Income for people out of work or unable to work.