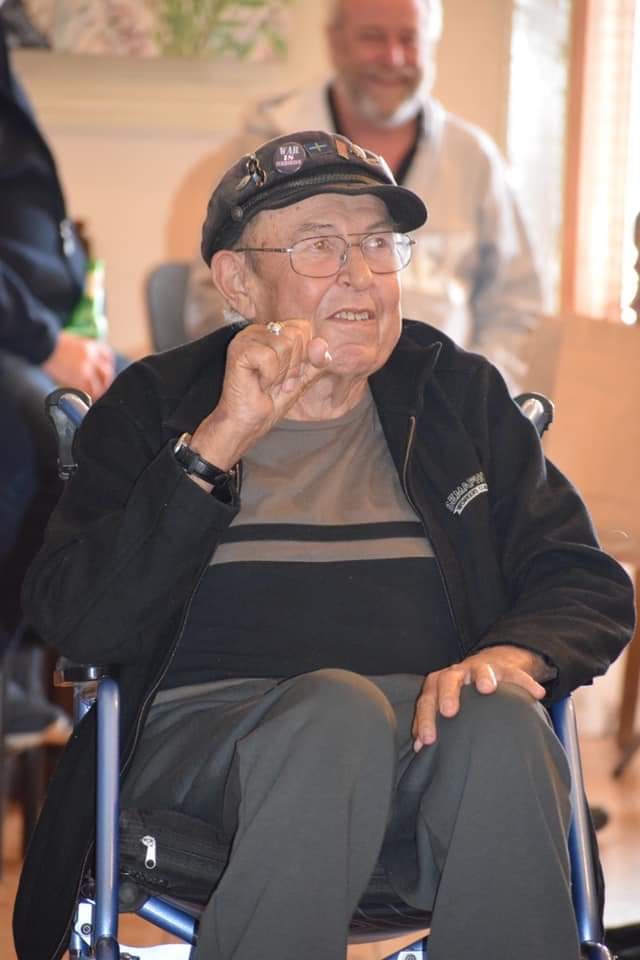 On April 30, the day before he was to be honoured with the SA May Day Collective’s Spanner award for services to the ideals of May Day, SPA/CPA member Ben Carslake passed away.

We immediately communicated our condolences to the CPA’s SA branch and its National President, Vinnie Molina:

It is with great sadness that I have just learned of the passing of Comrade Bennie Carslake.

I know that this was not unexpected and that arrangements had been made to recognise Bennie’s service to the working class at May Day tomorrow, but that does not diminish the sadness we feel.

At a critical moment in the history of construction industry unionism, Bennie saw what was required and put the interests of construction workers before anything else. He had an exemplary relationship with a number of our comrades as people with different party allegiances.

Please pass our condolences on to his family, friends and comrades.

Both responded with thanks.

I thank you on behalf of the Communist Party of Australia for your solidarity message on the loss of a great comrade and trade unionist Benny Carslake.

Benny will live forever in the minds and actions of those he mentored with his working class politics.

I take this opportunity to wish you and all members of the CPA ML a militant May Day 2021.

United we shall win!

Putting to one side political and ideological differences, a great working relationship developed on the ground, allowing us to say in our recent history of the CPA (M-L) in South Australia that “…a remarkably respectful and mutually supportive relationship between our comrade Martin O’Malley (BLF) and the SPA/CPA’s Bennie Carslake (BWIU) saw the CFMEU take its rightful place as the union for all construction workers.”

Below, one of our comrades has recorded his impressions of Bennie.

Ben was a product of Port Lincoln where he excelled at sport, representing the region in Athletic Carnivals throughout the state. With quick legs, running was his speciality.

Ben took up bricklaying as his trade but it was his mind that would define him. Benny had a passion for lifting the working class and lowering the ruling class. He took great pleasure in removing the portraits of the queen that hung in the social clubs that were soon to be regular gathering spots of the working class so that political education could be held, as well as a creating social networks for the time honoured “Drink and a Think”. He taught young comrades how good the new polymer currency was, because you could remove the queen’s face off it with a couple of quick and forceful rubs on a rough surface.

It was the capitalists that would feel Ben’s commitment to the working class like no other. He would be involved in too many struggles to name here. A few do, however, deserve a mention and as always it was the bigger picture outcome as well as the education that took place that always left an impression on members, and at times non-members, of the various occupations and unions that he represented.

There were struggles for grain handlers and fertilizer workers around the wharves of Port Adelaide, and one struggle in particular that would be spoken about many years after was when Ben was representing grain handlers in a struggle for better conditions. With the harvest season in full swing Ben rallied the rank and file to pull up and the gate was blocked. This led to a major backlog of trucks bringing in the harvest, many of which were the Cockies driving their own grain to the bulk handling facility. Ben knew that to win the struggle he would need to educate all involved, so he set about walking the length of the backed-up trucks reminding and educating the cockies/drivers about being in a co-op themselves. When several cockies also joined the picket, Ben knew the struggle would be won.

Ben also took on the Adelaide City Council when the redevelopment of the Myer building was about to take place. He attempted to gather the like-minded comrades for the protection of the although not listed historical façade. In this struggle, the eventual demolition occurred, but the struggle had educated a large cross section of the city and historical facades have since be protected.

Ben also led a struggle in relation to a local crane yard in which the solidarity that was created was so strong that the employer, relying on advice from the Employers Chambers leadership, closed the yard, only for the lure of the tremendous profit being sought, led the same employer to reopen the yard. With Ben knocking on his door seeking an increase in terms and conditions that were finally agreed to by the employer, the yard reopened, with in some cases employees reinstated to their previous roles.

Ben also had a tilt at running at local politics (Port Adelaide Council) but it was the union movement and class politics that had his heart and soul. Ben’s vision and understanding led to the respectful amalgamation of the BWIU and the BLF, among other unions, to create the CFMEU, and increased the position of its members at every opportunity.

Ben attended the August 1982 BWIU National Executive in Sydney as a visitor from the SA BWIU Branch. At that time, the South Australian Branch Secretary was Frank Gosden. Ben was elected as the SA Branch Secretary in the 1983 elections and Frank Gosden retired on 4th July 1984. Prior to the Amalgamation with the BLF Ben held the following positions: SA State Secretary of the CFMEU, and Member of the National Executive of the CFMEU.

The Builders Labourers Federation from SA, Tas, Qld and WA amalgamated with the CFMEU on March 31, 1994. So, it would be safe to say that Ben held the position of SA Branch Secretary of the BWIU and then the CFMEU from 1984 until the amalgamation with the BLF in 1994. Ben remained President of the CFMEU until the 2004 election where he became Senior Vice President again for the good of the branch as a Rank-and-File President was transitioned in, Ben remained Senior Vice President until his retirement in 2007.

In the latter years of Ben’s standing as President and Senior Vice President he would pass on his enormous amount of knowledge onto younger organisers within the CFMEU and lead many a struggle with his strategic mind always being squeezed for its knowledge, as it was one memorable night when the troops were gathered to remind a builder of the solidarity that could be created, and that it is extremely hard to move 10,000 cubic meters of concrete without a concrete pump.

Ben would always speak about where we stood in the world in relation to class struggle and one of his proudest photos that sat amongst the many memories in his office was from the US base protests. What you could note from the photo was that you could only see the backs of other protesters heads, except for a smiling Ben, or it could have been a grimace from being frogmarched backwards with the assistance of the SA Police. A gate made its way back from that protest and now sits proudly, pride of place at the Semaphore Workers Club as a reminder to all, not to accept what a government serves up to you.

Ben’s love for the working class would often be spoken about at the various watering holes that he found himself in, whether it be Fridays at “the Birk” Tavern, with an armful of Guardians to spread the word, or at the famed Semaphore Workers “Commo club” at closing, where all would see Ben on the stump holding the crowd with his words of the latest struggle, be it local national or global, and as always finishing with his famous and often said quote of “THEY HAVE IT, WE WANT IT, WHEN WE GET IT COMRADES, WE WILL SHARE IT”.

Another quote that will always sit with those that shared, respected, and absorbed Benny’s time was “C’mon Comrade it’s time for a drink and a think”.

Surely on this May Day, as with all that have gone before, we will have a drink and a long think about a great Comrade Ben Carslake.