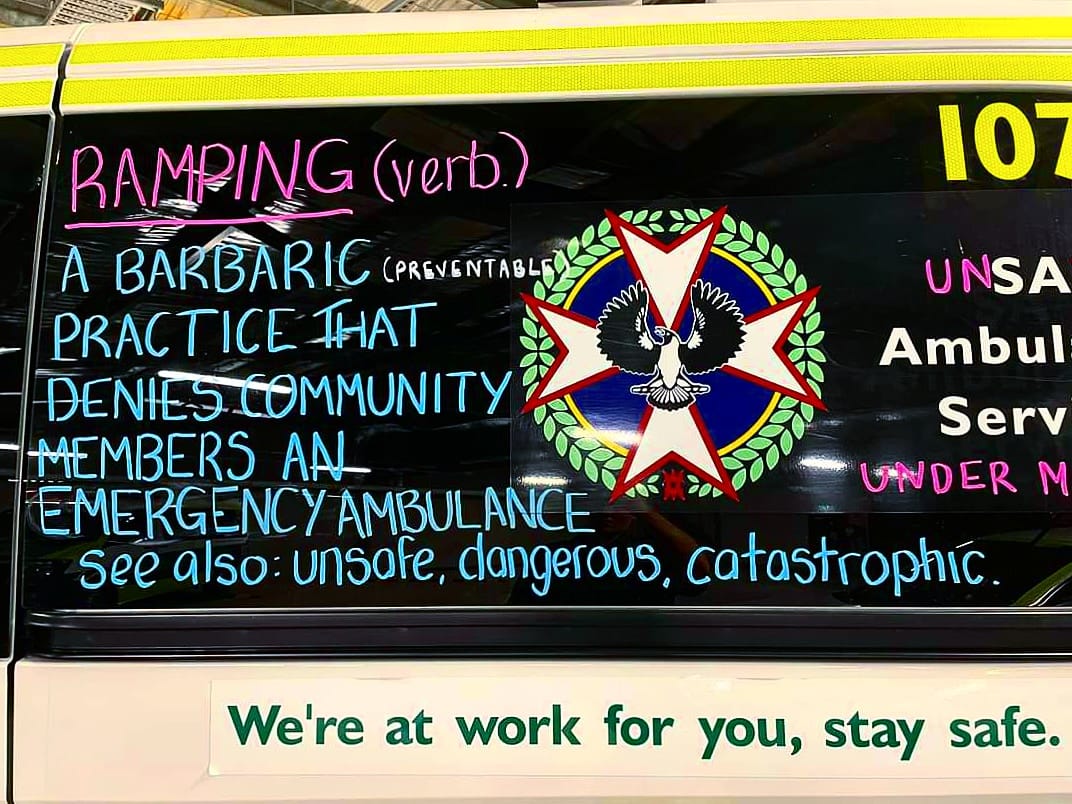 South Australian ambulance officers have had a “first round” win in their battle for safe staffing levels and increased funding from the state government.

South Australian ambulance officers have had a “first round” win in their battle for safe staffing levels and increased funding from the state government.

After months of campaigning during which ambulances were chalked with anti-government messages, and a joint stop-work, rally and march with the state’s firefighters, members of the Ambulance Employee’s Association (SA) voted by 91% to accept a government offer which would see an extra 74 paramedics trained and employed.
This follows record levels of ramping at regional and city hospitals.
State secretary of the AEA, Phil Palmer said yesterday that “the Union Executive does not for one minute discount the concerns of those who voted no”.
“Their concern is that 74 new ambos are nowhere near enough to resolve all the chronic shortages in every corner of SA Ambulance.”
Palmer said union members at a general meeting last week had “unanimously demanded that the Government commit to continue hiring more ambos until safe levels have been reached”.
During the bargaining period, the government had demanded that ambos take their messages off the sides of the ambulances.  They refused.
Now the government is again demanding that they be removed.
“It is part of employees’ ordinary duties to clean and maintain SA Ambulance Service vehicles and stations,” said Ambulance Service CEO David Place in a written message today.
“Effective immediately, employees are directed to:
• not chalk messages on, or otherwise deface, SA Ambulance Service vehicles and stations;
• remove chalk messages and graffiti from SA Ambulance Service stations as a matter of priority; and
• remove chalk messages and graffiti from SA Ambulance Service vehicles before they are driven.”
Palmer dismissed the directive as an attempt to silence his members and said union members would continue to chalk ambulances to “highlight the failings of this Government”.
Indeed, defiance in the face of reactionary authority is a good thing, and South Australians will continue to stand by the AEA’s members.