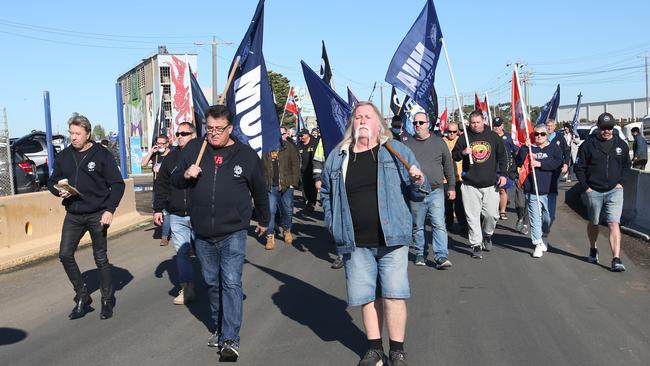 Recently over 100 maritime workers and their supporters in Geelong (Vic) held a protest against international maritime company Svitzer. They marched behind a banner which said “Svitzer Snakes.”

Svitzer was the operator of tug boats in the Port of Geelong until late last year. On the 22nd of December last year Svitzer made 18 full time masters, engineers and deck hands redundant, claiming that the operation was no longer viable. Svitzer claimed that it had suffered significant financial losses due to changed market factors and its inability to respond effectively to those changes.

This followed a breakdown in negotiations with the Maritime Union on wages and conditions. The MUA was close to finalising a new agreement with Svitzer when, using COVID as an excuse, Svitzer introduced 30 new claims which attacked workers’ rights, conditions and job security.

Now, surprise, surprise, Svitzer is back, seeking to resume operations in Geelong, with the use of contract crews supplied by a maritime labour hire company.

The sacked workers are campaigning to get their jobs back.  A Maritime Union spokesman described the company’s behaviour as appalling. He said, “We’re open to all negotiations with Svitzer to get these blokes back on the job. We’d love to get to the table and negotiate an outcome that suits everyone.” Not surprisingly, Svitzer is sticking to its position.