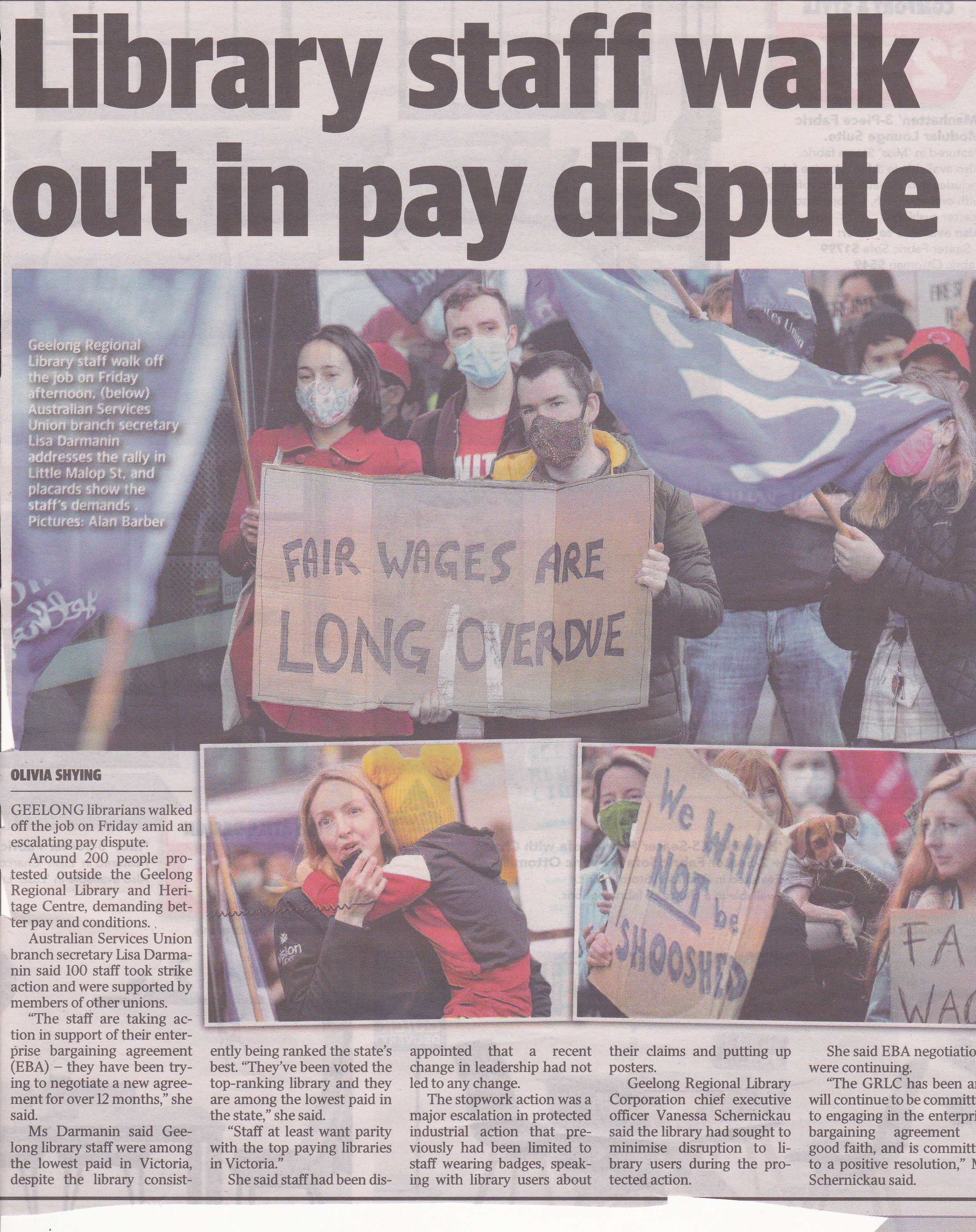 On Friday July 2nd librarians employed by the Geelong Regional Library Corporation walked off the job in an escalation of a long-running dispute over wages and conditions.

Over 100 staff joined by about another 100 supporters from other unions protested outside the Geelong Regional Library.

We wish them well!