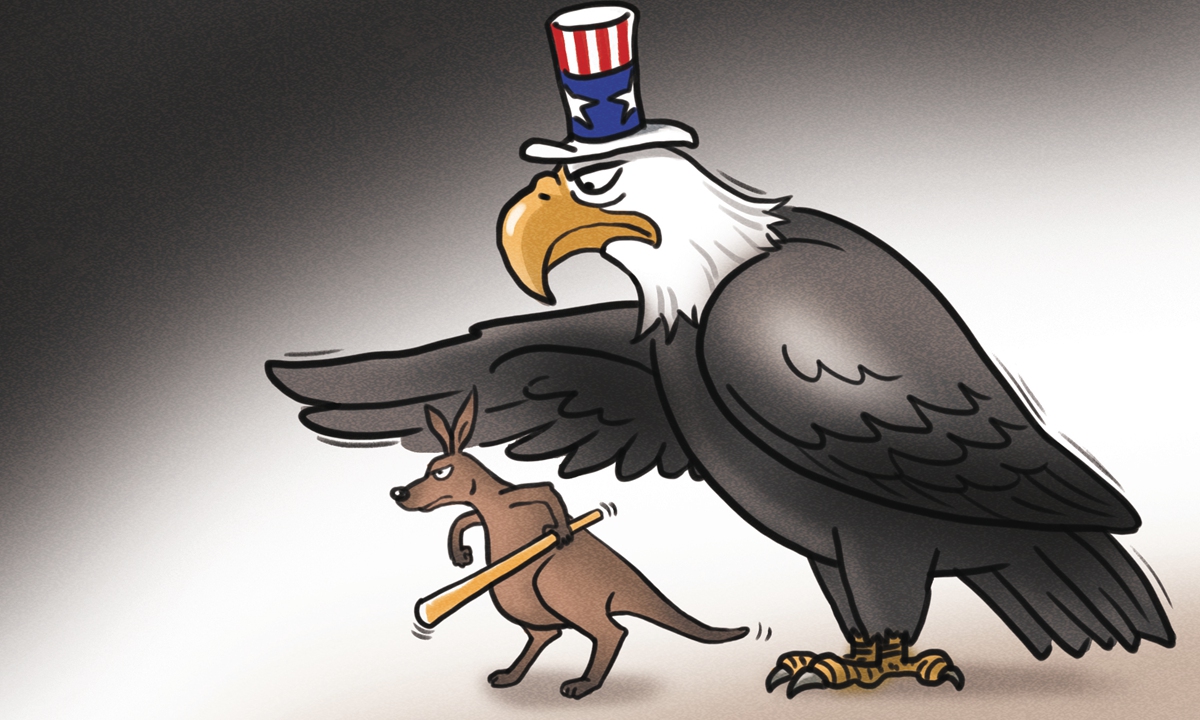 Any remaining controversy surrounding recent decisions for Australia to use US nuclear-powered submarines should be easily dispelled following recent disclosures contained in a high-level diplomatic statement.

Former US admiral and head of the Indo-Pacific Command, Harry Harris, also proved extremely forthcoming about the perceived role of Australia in US-led regional military planning, with increased responsibilities for the defence and security of 'US interests'. The US imperialists are preparing for war in the Indo-Pacific region, and expect Australia to provide a major contribution for their war effort.

The decision taken by the Morrison coalition government in Canberra to cancel submarine contracts with France and pursue others in conjunction with the US and UK, was responsible for unleashing a torrent of controversy. In mid-November Australia's most senior diplomat in Washington issued a formal statement specifying the decision had been taken 'for their ability to operate further up into the region, providing effective confirmation they are intended to lurk off the Chinese coast'. (1)

Submarines have a long history of being part of intelligence-gathering while submerged and relatively inconspicuous.

A few days later further confirmation was issued through former US admiral and head of the Indo-Pacific Command, Harry Harris, that the submarines were regarded as a 'fundamental game changer', enabling Australia 'to extend its reach to the limits of the Indian and Pacific Oceans, which is so important to all of us … and … also enable Australia to make a stronger contribution to its alliance with the US'. (2)

Previous statements had usually specified the French submarines were a better model for the defence and security of Australia. Harris, however, has left little to the imagination: the US seeks Australia to provide a bigger contribution as a southern regional hub for 'US interests'.
He stated, candidly, that the decision had been taken as 'the only way the US could prevent its military advantage from being eroded over time … and that is … why the development of a nuclear submarine force for Australia is so important'. (3)

The statement was also accompanied by further acknowledgement from US military officials that 'the nuclear submarines decision would mean much deeper interoperability among the US, UK and Australian navies and their nuclear infrastructures … this decision would bind Australia to the US and UK decisively for generations'.(4)

The decision would also appear to have been taken following the conclusion of a US Congressional Committee in 2018 that 'the US is no longer clearly superior to the threats it faces around the world and that it could struggle to win wars against China or Russia'. (5)
The study, furthermore, also recommended the US 'further relying on traditional allies, including Japan and Australia'. (6)

In recent times Australia's alliance with Japan has, therefore, been systematically strengthened: an official diplomatic statement from Tokyo noted 'military ties between Australia and Japan have been growing so fast that they amount to a 'quasi-alliance'. (7) The alliance has also included successive Japanese governments re-interpreting Clause 9 of their Pacifist constitution to enable their armed forces to participate in US-led military exercises across the wider region.

Moves, taken by the Japanese governments, have also been accompanied by decisions taken in Canberra to develop Darwin as a major hub for US-led regional operations. One proposal contained within the plan is for Australia to invite allies to locate their military units alongside 'their Australian Defence Force counterparts in the Top End'. (8)

Two further factors have been immediately brought into play.

Firstly, an announcement that Australia would be signing a treaty with the US and UK, under provisions outlined in the AUKUS strategic partnership, to formalise access to their allies’ submarine 'secrets', has also included provision for Australian military personnel to receive nuclear training in the US and UK and has shown how Pentagon war planning contains a sense of urgency. (9)

Secondly, however, the Morrison coalition government in Canberra have not had it all their own way. An advisory paper produced for a highly influential body has questioned the war-mongering approach of the AUKUS. It suggested that US-led planning for war with China 'will not work to preserve US leadership in Asia … it will likely destroy it … Australia cannot expect to preserve the regional order … once war starts that order would probably be utterly destroyed … and … America's dwindling chances of winning makes its threats to fight less credible in Beijing'. (10) Pentagon war planning would appear counter-productive.

Under circumstances such as these: