Since British invasion, First Peoples have asserted in struggle that the land is theirs and that they WILL be in charge of their own affairs. As an ally in First Peoples’ anti-colonialist struggles, we follow their lead.

The invaders say to First Peoples, “You are not who you say you are. You don’t belong here. This is not your land. You must be like us.”

“For First Peoples, decolonisation reaffirms who they are and where they belong. It places them in their Country. It affirms their identity” .

Divide and conquer has been a named strategy of invaders for nearly two and a half thousand years.

The invaders say to First Peoples, “We are too powerful. Take the scraps we offer, or we will crush you and destroy your children.”

In these lands it began with the kidnapping of Arabanoo and then Bennelong and others, to win them to the British side. Arabanoo instead died of the invader’s smallpox, after caring for his own and other clan members. Bennelong eventually turned his back on the British, and died respected among his People, counting an ex-convict as his dear friend.

But those who were able, refused the British “offer”. Using guerrilla tactics, their war of resistance spread across the continent and islands, lasting 150 years.

On 26 January 1938, when the blood from the last massacre was barely dry, a small group of leaders announced the Day of Mourning. It reverberated through the lands.

Struggles small and large, too numerous to name, show Peoples who refuse to bow to invaders.

On 26 January 1972, four young men travelled from Redfern, home of tens of thousands of First Peoples, to the heart of capitalism’s deception machine, Parliament House, bringing to life the Tent Embassy on its lawns.

They spoke of an invasion, that treated them like outcasts in their own land. Invasion Day gave a name, a name of truth.

The Embassy remains a symbol of Aboriginal unity in struggle.

In 1988, First Peoples from every corner of this land converged in Redfern, and marched to Sydney, the first point of invasion.

They announced, “We have survived.”

So, we mark a Day of Mourning, of Invasion, and of Survival on January 26

It is a day of struggle for hope against the ongoing genocide of mining and gas exploitation, of land theft, of stolen children and incarceration, of welfare cards and Intervention, suicide, homelessness and overcrowding.

First Peoples will defend this legacy of hope from any who try to claim it.

We have common enemies.

First, the colonial remnants of the injustice system, the state apparatus of laws from Constitution down, police, courts, jails. The meaningless lines across the maps of the former colonies now states, the governors and governors general, the federal and state parliaments.

Second, US imperialism and the Business Council of Australia.

US imperialism is built from monopolising capital and stolen mega trillions, using war as a weapon. It holds state power in Australia through economic, cultural, political and military dominance.

The BCA tries to unite corporate rule, learning to co-opt and divide and assimilate individuals rather than always fighting First Peoples head on. These invaders want what they wanted since 1788 – all First Peoples’ lands and waters, and everything in and on them.

We take hope and strength from the outcome of the bitter 12-year struggle against FMG and Twiggy Forrest in Pilbara, that sliced Yindjibarndi People into two warring camps. Yindjibarndi met together to find common ground and a way forward in 2021 to negotiate with FMG rather than accept the scraps it threw. (See: Title Fight: How the Yindjibarndi Battled and Defeated a Mining Giant by Paul Cleary)

We have confidence in the tenacity and determination of First Peoples and the working class, their key ally, to overcome differences and continue to lead struggle for unity against invaders, colonialism and imperialism.

We work for a day when those who rape and pillage these Lands and Waters are jailed, and First Peoples walk free, when reparations are paid and true reconciliation made.

These lands will be independent from foreign rule and serving all Peoples through a society that unites around collective interests in socialism.

United we stand. On Aboriginal Lands.

Always was. Always will be. 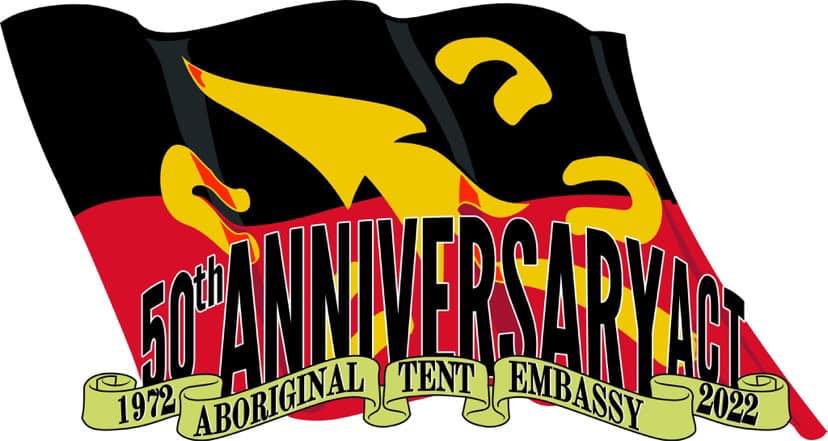