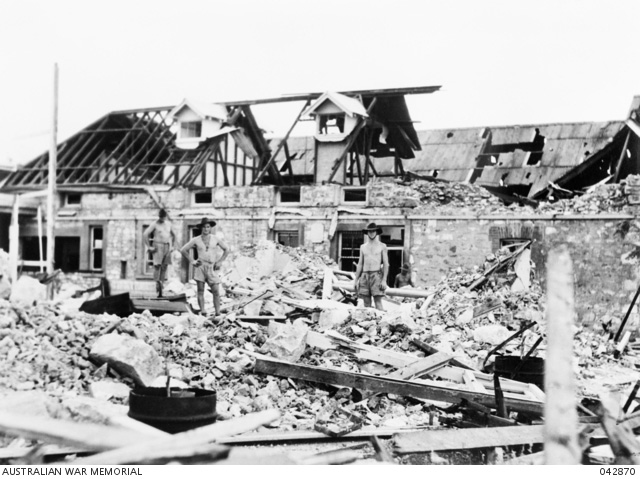 February 19, 2022 marks the 80th anniversary of Japan's attack on the Australian city of Darwin. Hundreds were killed (see Darwin Maritime Union memorial, below), and ships in the harbour sunk. A second raid the same day targeted the nearby Air Force airfield.

The Japanese had resorted to war to seize from the major European powers – England, France and Holland – Asian and South-east Asian sources of raw materials, colonial labour-power, and markets. They challenged US imperialism for control of the Pacific as a major sphere of influence.

At the time, Japanese imperialism was still engaged in an attempted war of conquest against China where resistance forces led by the Communist Party were tying down millions of Japanese troops who would otherwise have been freed to fight Australians on Australian soil.

Following the initial bombing of Darwin, raids increased and the Japanese sought other targets. Two weeks later, Japanese planes attacked Broome, killing more than 70 people among whom were Dutch refugees who had just been evacuated by flying boat from the Dutch East Indies (later Indonesia).

On 31 May 1942, three Japanese midget submarines entered Sydney Harbour. Twenty-one sailors died when the Japanese torpedoed the HMAS Kuttabul. In June 1942 a submarine shelled the eastern suburbs in Sydney and then Newcastle.

By the end of September 1943, Japanese pilots had flown 97 air raids against towns and bases in northern Australia, including a further 63 attacks on Darwin and three on Townsville.

The drums of war theme has been beaten ever since by then Home Affairs, and now Defence, Minister, Peter Dutton. Echoes of Dutton’s championing of the US military presence in Australia and the larger region are heard across the bourgeois political spectrum, from Albanese to Bolt.

Now, it is all directed at our former WW2 ally China.  China, now clearly a capitalist economy, having abandoned socialism through Deng’s “reforms”, is also trying to secure access to raw materials, cheap labour-power, and markets. The difference is that at this point in time, it is doing so by financial, economic and diplomatic offensives and not by military means. However, it is not ignorant of the need for the gun to follow the dollar – or the yuan.  According to its 2015 White Paper on Chinese military strategy, the Peoples Liberation Army now looks outside country and its mission and strategic tasks now include:  “To safeguard China's security and interests in new domains; To safeguard the security of China's overseas interests”.

US imperialism’s response to Chinese economic expansion is to gird its military loins and prepare for aggressive war to secure its continued domination of our region and the globe.

Japan, its enemy in WW2, has a vital role to play in this.

Defeated in WW2, Japan had a “pacifist” Constitution imposed on it by US imperialism so that any revival of its militarist ambitions could never again challenge the US.  The US then established military bases all over Japan directed at the liberation movements that were sweeping Asia. The Japanese island of Okinawa was subjected to full-scale US military occupation. The US still operates 13 military bases on Okinawa . They cover 25% of the island.

The post-war “pacifist” Constitution now restricts the plans that US imperialism has for containing China by threat of war.  The last three Japanese governments have all tried to amend or replace the Constitution to free the Japanese militarists for full “interoperability” within the imperialist bloc led by the US and including India and Australia - the so-called Quad. 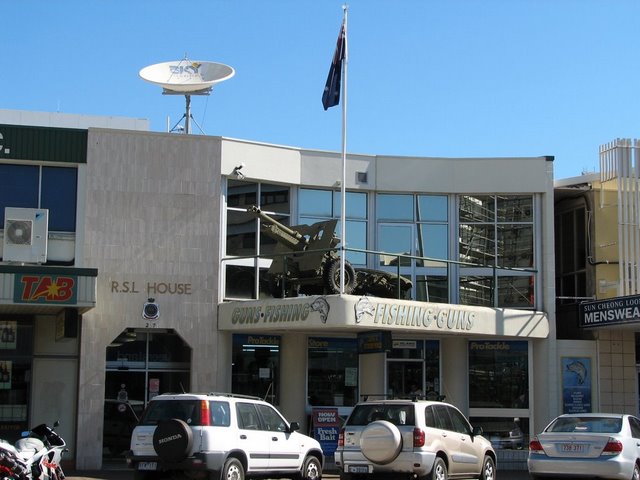 An artillery weapon is mounted on a balcony on the first floor of the RSL in Darwin.  It points directly to the North, originally as a reminder of Japan’s attacks on Australia, but now pointing to China as the enemy selected for us by US imperialism.

On the 80th anniversary of Japan’s bombing of Darwin, we resolve to intensify the fight for anti-imperialist independence and socialism.

On the occasion of the 70th anniversary of the two Japanese bombing raids on Darwin, the Maritime Union erected this commemorative monument. The words inside the circle of the wheel read: "Annually the families of the deceased, as well as wharfies and seafarers, meet here to pay their respects and to remember the workers who were killed when the wharf was bombed on 19 February 1942. We will never forget the sacrifice waterside workers and their families have made for Australia. We will never forget the hundreds of merchant seamen who lost their lives working on the ships destroyed by mines, torpedoes, shelling and bombing while carrying cargo and troops for our country."

In the plaque at the bottom are listed the names of the 23 known Waterside Workers who lost their lives as a consequence of the two bombing raids. 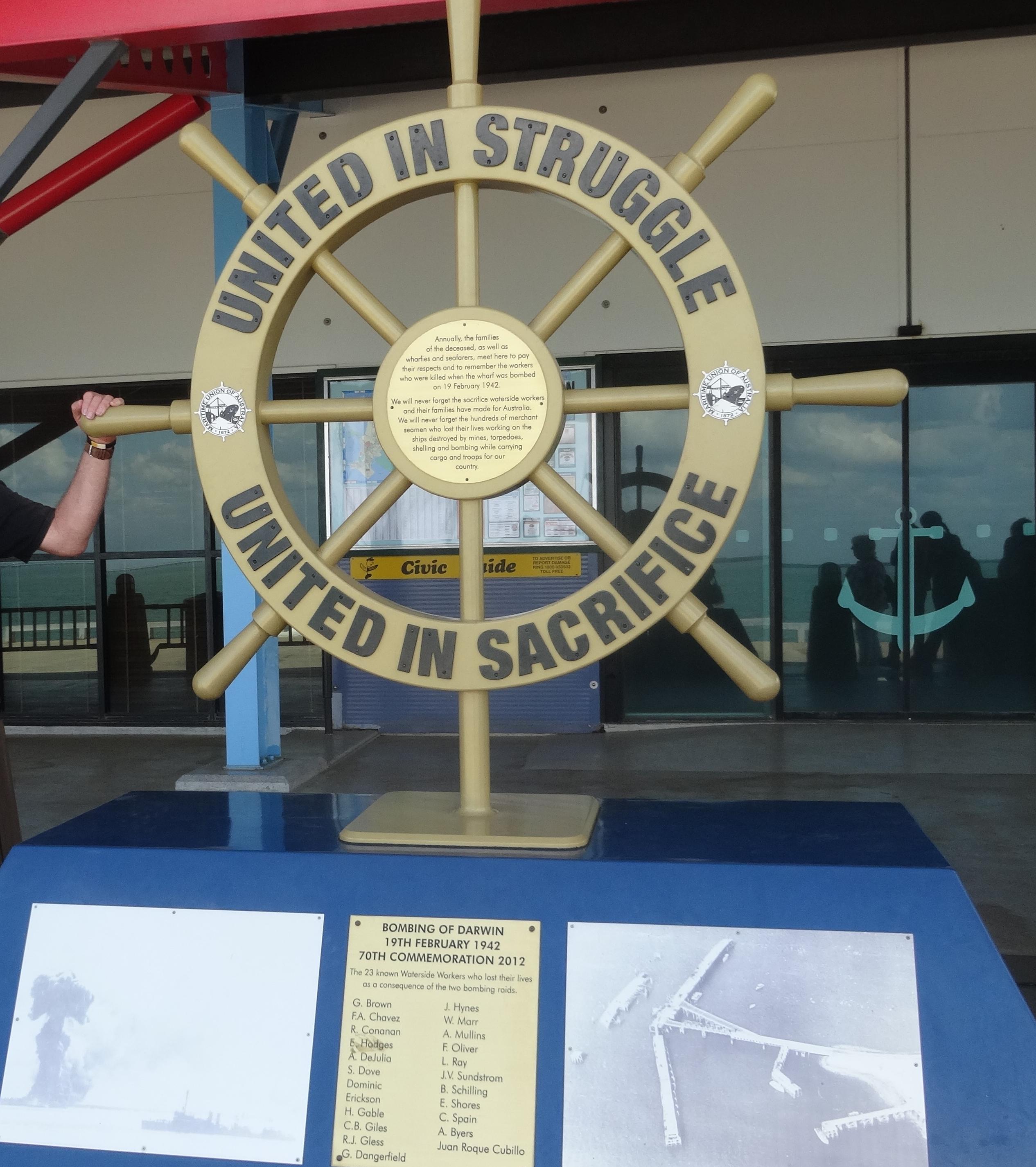