Not guilty verdict will not crush Warlpiri spirit 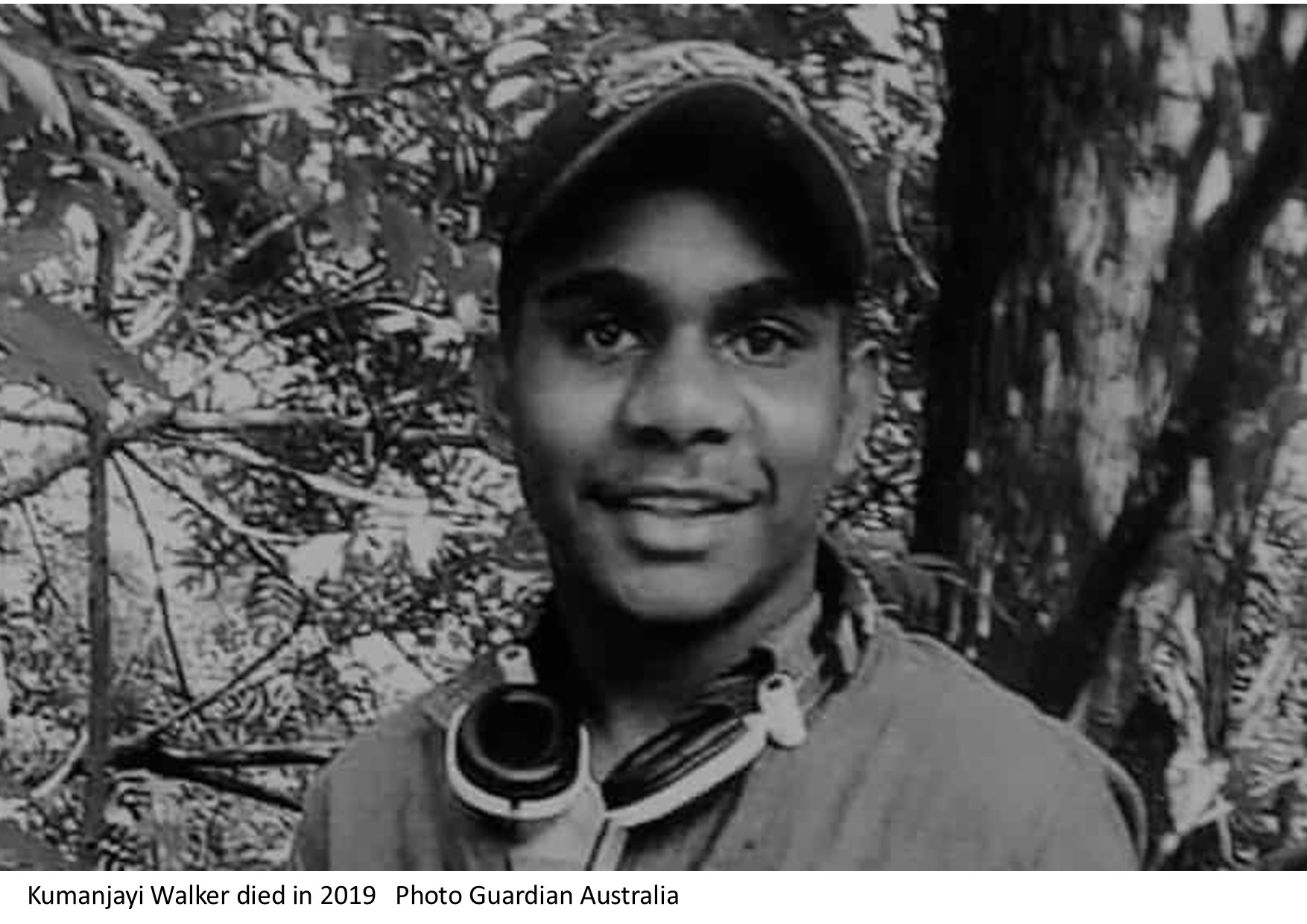 "Apology: a previous version of this article misspelled Jampijinpa Hargraves’ name. We sincerely apologise for this error. "

Grief engulfs Warlpiri People with the not guilty verdict passed on a police officer for the death of their young man, Kumanjayi Walker. The trial was in Darwin, a thousand kilometres from Walpiri homeland.

As young Samara Fernandez Brown struggled for strength outside the court, Elder Aunties moved closer, comforted her, stroked her back.

Pale, shaken, she took her given role as final spokesperson for Kumanjayi Walker’s family, for Warlpiri. And for all First Peoples who live under guns of the state forces in capitalist Australia, stolen lands held by invaders.

This not guilty verdict for murder, manslaughter and unlawful killing makes clear:

Only police are to be armed.

If attacked, killing is part of their job.

Do not silence us!

Throughout this terrible process Warlpiri have shown dignity and restraint, even on the night Kumanjayi Walker lay for hours dying alone in the police station, no ambulance called, while his family begged to see him.

The trial revealed that Kumanjayi told his family he would surrender to police after his uncle’s funeral.

Now, with this verdict, capitalism has struck another blow against Warlpiri.

Warlpiri demands are just as clear:

No guns in the rural remote communities.

Police entering community to speak with Elders and liaison officers.

Warlpiri and all First Peoples build strength in unity, and look to the coronial inquest for truth, so children can hear stories of what happened that day. They call for increased support for families and young people, not incarceration of children for minor offences.

They will never back down. They say, “Do not silence us!”

Through the eyes of a child

Kumanjayi Walker lived twelve of his 19 years under the boot of the ongoing Northern Territory Intervention.

At six and a half or seven he would have seen the army arrive and impose a deadly new order. Only for First Peoples.

Every time after that, when entering Yuendumu, Kumanjayi passed signs banning pornography. Perhaps he overheard the bewildered grief when people learned what “pornography” meant. There is no word for it in Warlpiri or any other Aboriginal language.

Perhaps he was confused, as Elder men across the Territory were stripped of dignity by the accusation they ran paedophile rings. The “evidence” was manufactured, almost immediately exposed as false. The Intervention remained.

This child, Kumanjayi, would have seen the Intervention’s apartheid policies humiliate and impoverish his Elders, his Warlpiri mob, his homeland.

And he would have seen police enter homes with no warrant needed, again from the Intervention.

The 1967 Referendum was a victory for First Peoples. The census which then included them for the first time allowed the scandalous human numbers of their suffering to be calculated and published – their early deaths, shameful infant mortality rates, levels of imprisonment and much more. Yet, after 50 years little has changed.

In 1967, brutal state governments like Queensland were stripped of what was called Aboriginal affairs. From 1967 the amended Constitution handed this power to what were then more moderate Federal Governments.

But their enemy turned this against First Peoples. As a failed election ploy, agreed to and later extended by Labor, John Howard’s administration pushed the 500 already prepared pages of the Intervention legislation through federal parliament in a late night sitting.

It barely mentioned the children like Kumanjayi Walker that politicians and some prominent media personalities pretended it would protect.

But it was full of details of roads slicing like butchers’ knives into First Peoples’ lands and communities, preparing for takeover and exploitation of the gas and minerals and precious water underneath.

Fifteen years ago, Senior Warlpiri Law Men and Women like the late Harry Jakamarra Nelson condemned the Intervention. He travelled far from Yuendumu to speak out.

Harry Jakamarra Nelson said the only building the Intervention brought Warlpiri was a $7 million police centre. $100 million was spent on NT police stations since the Intervention.

There is a direct line from invasion to Intervention to Kumanjayi Walker’s death.

When Kumanjayi Walker died these Elders and others were joined by Senior Law Woman Valerie Napaljarri Martin, a lifelong Warlpiri leader.

Protest subsided, for a time, when the police officer was charged. Warlpiri celebrated this victory.

Though it could not bring Kumanjayi back to life, they could sense the potential for progress in their protracted struggle to end police control of their communities.

Jails across the country are filled with First Peoples, with the poor, the mentally ill and people who can’t read. For capitalism which fails them without remorse, jails are where humans are to be even more remorselessly warehoused, often for private profit.

Every law from Constitution down, every court, every jail, the police, the military, every parliament, even arbitrary and invisible lines that surround the states themselves, those relics of the original colonies, “our” flag, “our” national anthem, all are part of a structure protecting ongoing colonialism and the profits of the newer corporate imperialism.

New laws and methods of oppression are tried first on First Peoples.

This is about much more than one police officer.

This barbarous colonialism merged with corporate imperialism has to go.

The current system continues to betray us again and again, overturning hard-won victories.

To overthrow this entire system and build an entirely new one in its place is an immense task. It can only be achieved step by step, uniting all the Peoples we can in support of collective justice.

To Kumanjayi Walker’s family, to Warlpiri, to all First Peoples, you are not alone. You have allies facing the same enemies across the length and breadth of these lands.

We reach out our arms in comfort and in struggle, so grief can become strength.