Written by: Ted Hill on 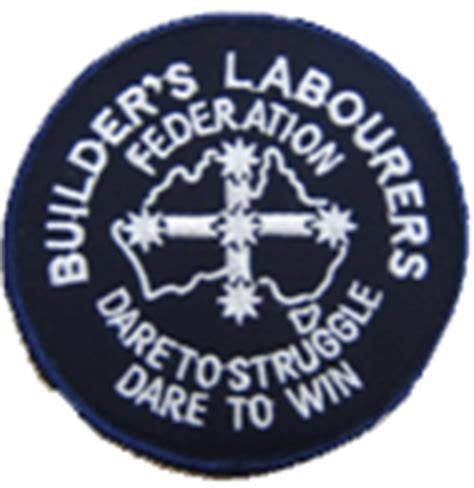 Harry Danaher, President of the BLF, who died on April 16, was a true servant of the people.

Paying tribute to this intrepid life-long fighter, E.F. Hill, who also represents a half-century of dedicated working class struggle, said apt his funeral last week “He saw the unemployment, the suffering, the humiliation, the uncertainty, the hardship that the depression of the thirties wrought on the people and on him. He found the explanation in Communism. This offered him a scientific explanation of the nature of society, crisis and the contrast of desperate poverty in the midst of plenty”. We publish below further excerpts from Hill’s speech:

He became a trade union official, being assistant secretary of the Cold Storage Union. A trade union official can go in one of two main directions – one is to conform to present-day society, to make a personal and “successful” career of it, to adapt to being part of a trade union bureaucracy which really serves bosses and oppresses workers, which keeps workers chained to existing society, and the other is to be as one with the workers of the trade union, the interests of whom lie in a fundamentally different direction.

He realised that Communism could not be achieved overnight, that it could not be artificially imposed, that the union was not a vehicle for Communism nor was acceptance of Communism by others a condition of his service to those others, but he realised that the workers who were members of his union and whom he served, did seek explanations beyond the struggle for better wages and conditions. He found appropriate ways to express the relation between that struggle and the wider social struggle and that required the utmost devotion to the cause of better working conditions and appropriate and well-judged explanation that that struggle was not an end in itself – the need to struggle arose from the nature of society.

He was one of that brand of union officials who, despite the atmosphere of getting on in officialdom in which he lived, and despite the personal temptations and inducements, the flattery, the duchessing, maintained complete integrity.

Danaher became a member of the Builders’ Labourers’ Federation. Here he served the builders’ labourers in that same devoted spirit of service to the people. He occupied various positions in that union and became its Victorian President over 30 years ago.

should like to say a word or two about Danaher and his service to the builders’ labourers. All struggles of workers, because of the very nature of society, have their ups and downs. They have victories and seeming defeats. There are those who get carried away by victories and cast down by defeats. They lose perspective. Those with the integrity and devotion of the Danahers, Gallaghers, Malone (late Federal Secretary BLF) and others, are neither carried away by victory nor cast down by defeat. They persist in struggle, they keep on keeping on. Their outlook is such that they understand the social problems and maintain working class optimism that sustains them in the knowledge and confidence that ultimate victory belongs to the workers and people. Danaher never doubted the indestructability of the workers as a whole nor the Builders’ Labourers’ Federation as part of it. That union lives and grows.

In speaking of knowledge, Dan was not of those who have an elaborate or tertiary education so much bragged about in connection with some top union officials. I venture to suggest that his knowledge far surpassed that of the most sophisticated tertiary education. That type of education has its advantages; it can be used in either of two ways – service to bosses or service to people. The Danaher education was not elaborately formal, but it was deep, rich and real and based on lessons learned from the university of service to his fellow workers. They are lessons beyond the capacity of a few who bear the title of “trade union leader”.

Harry fought in the front lines of class and people’s struggle through all the attacks on Australian people over more than 50 years. They included struggles against war and fascism in the ‘thirties, struggle in the beginning of World War II, struggles in the years of the Cold War, against trade union assaults of the ‘fifties and indeed throughout his life, against the US aggression in Korea and Vietnam and in recent years, for democratic rights and particularly the persecution of Gallagher and the BLF.

Today there is an intolerance abroad f the young. The young are this and they are that. They are abused and slandered. Like all sensible people, Harry repudiated this slander. Our young people are magnificent along with the working class and all working and patriotic and democratic Australians. Their faults are those produced by a rotten social system but their innate strength offsets even those faults.

Harry Danaher not only breathed but enriched the magnificent spirit and integrity of the Australian working class, the greatest class in our society and around which are gathered all the best of the Australian people.