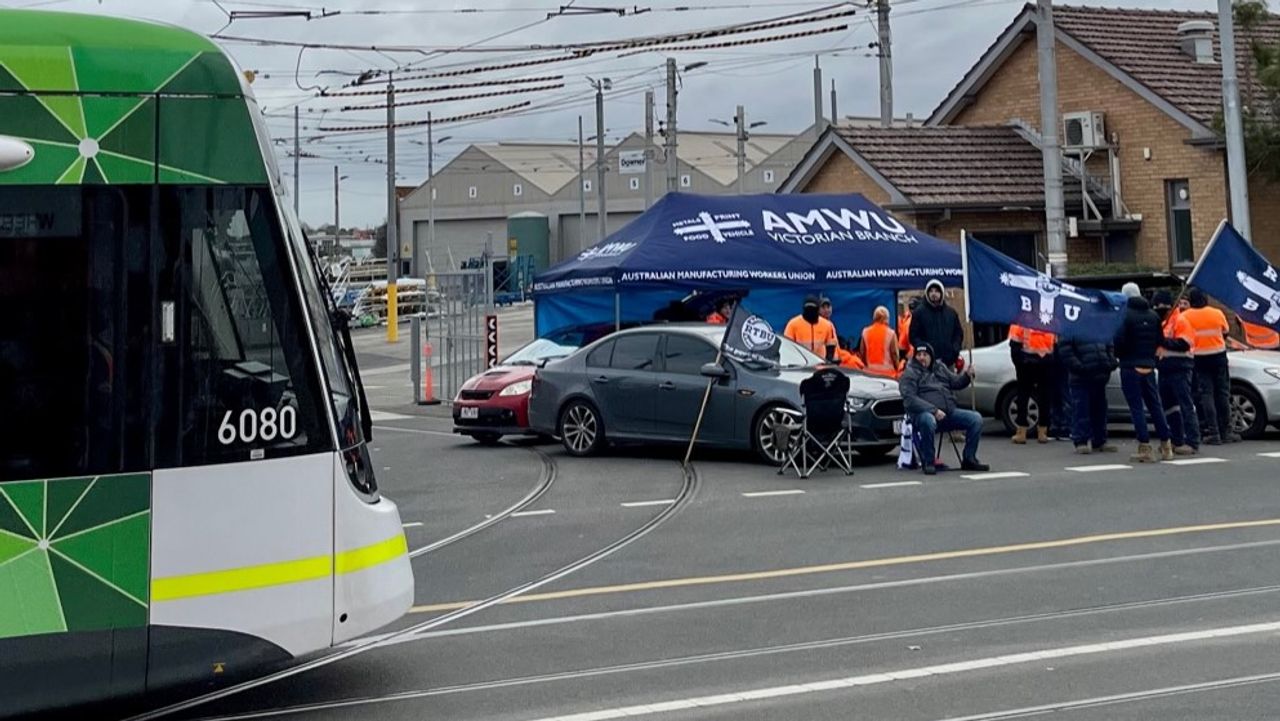 After two long weeks out on the grass, members of the AMWU, ETU and RTBU at Downer Rail’s East Preston Tram Refurbishment returned to work today after a decisive and inspiring victory over management.

Workers at the old East Preston Tram Depot site downed tools on the 19th of July, one of the coldest Melbourne mornings on record, determined not to return to the job until Downer literally backed down on their repeated insulting offers in terms of pay and conditions for the project’s new Enterprise Bargaining Agreement. Downer Rail thought they would be able to bully their workforce into accepting a well below inflation pay increase per annum for the rest of the life of the project (Only estimated at around 12-18 months) as well as workers handing back hard fought for conditions such as their Employee Free Public Transport Pass.

After two long, cold weeks off the job, Downer finally came to the table on the 2nd of August with an offer of a much healthier pay increase and indeed improvements to conditions around rostering and fatigue management which was accepted by the workforce. The new EBA is much closer to parity pay and condition wise with the standard set around the corner at the Preston Tram Workshops, where Downer Rail is carrying out essentially the same work under the guise of Yarra Trams, the 50/50 partnership they share with French transport operator Keolis, the current franchisee for Melbourne’s Tram Network.

The victory by this courageous, cohesive and united workforce should be inspiring to all workers in struggle for a plethora of reasons. First among these being the fact that the dispute was run to a large degree by the elected delegates from the shop floor, who formed a united front across all 3 unions represented on the job.

Another key reason is the way the workers were able to mobilise the local community to support their struggle, workers on site took advantage of the very public location of the site, creating a welcoming environment for locals to drop in, have a snag and a yarn and be informed about what was happening. As a result of this many locals returned again and again to offer their support, material and moral. We can all learn from how this was done, as under the Draconian busting laws still in force under the new Albanese government community support is vital to hold a picket as officials and workers are forced to vacate the scene.

Many links were made with local workers on the line, battle stories shared, this blue genuinely brought the workers of the Northern Suburbs together, many gaining a powerful first insight as to what is possible when rank and file workers band together and heed the famous battle cry ‘Dare to struggle, Dare to win, if you don’t fight you lose!’