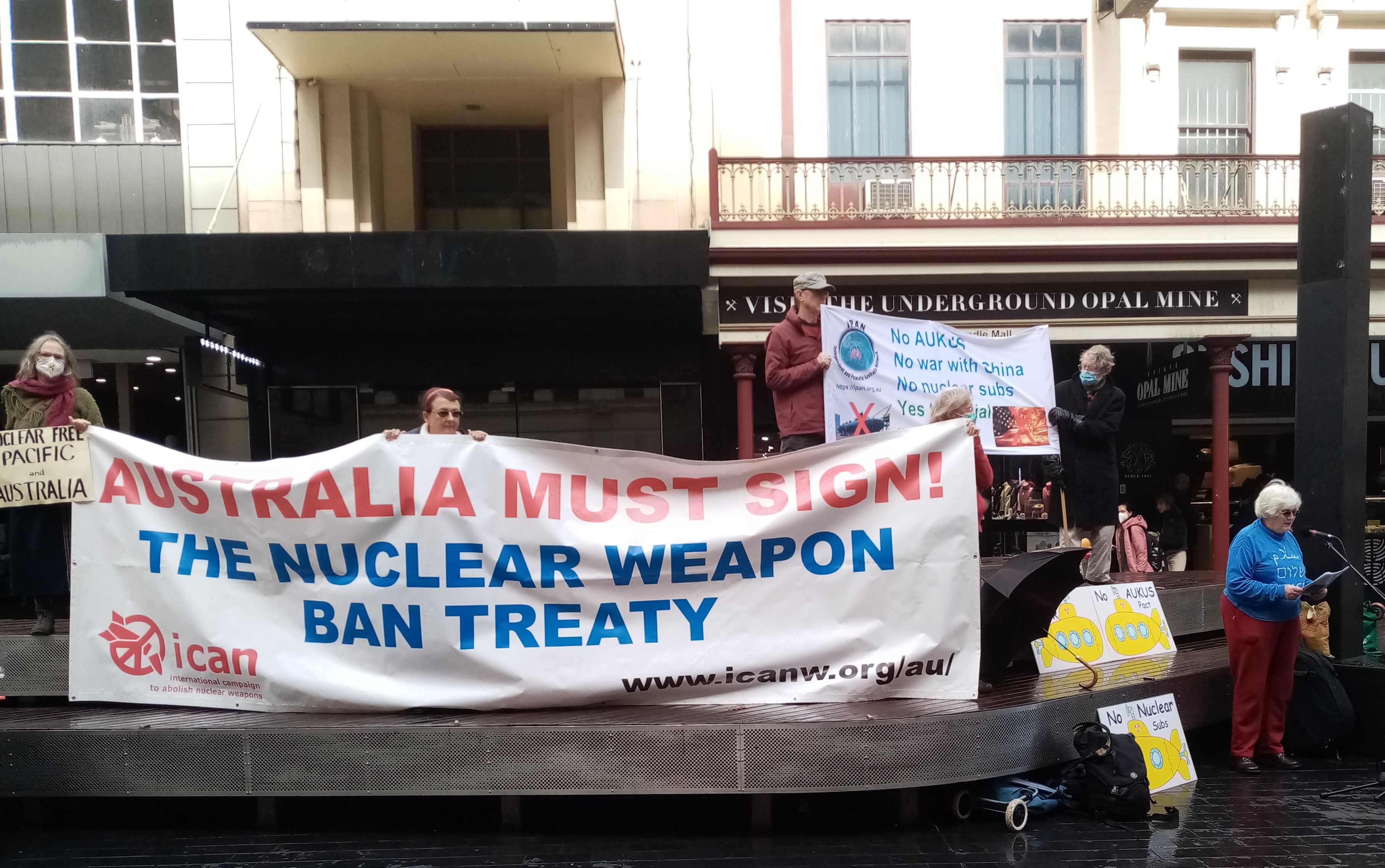 A rally was held in Adelaide at lunchtime Friday 5 August at the busy Beehive Corner, the entrance to the city's main retail pedestrian shopping mall.

"NO AUKUS, NO WAR WITH CHINA, NO NUCLEAR SUBS"

Sadly, there were no ALP federal or state MPs at the rally. However, one rank and file ALP member spoke against the use and spread of nuclear weapons and said that he knew many ALP MPs did want the ALP federal government to sign the Treaty mentioned in the banner but the leadership of the ALP was too aligned with the USA to take a stand.

Speakers also expressed concerns about Australia going down the path of nuclear powered submarines, an issue close to the heart of people in Adelaide in particular as federal and state governments want them built and maintained in the Australian Submarine Corporation (ASC) site near Port Adelaide.

There are hundreds if not thousands of SA workers employed in the naval defence industry at the ASC.  Most have no interest in building navy vessels to be used in US wars of aggression against China or some other big power. They want to be part of building navy vessels that secure the coastal defence of Australia, which after all is not only their country and home but a whole continent!

Just think of all the navy vessels that would be needed to patrol and protect the whole continent!

Why are the politicians putting Australian naval manufacturing workers in the uncomfortable position of building vessels which increase the vulnerability of Adelaide and Port Adelaide as a nuclear target and of the ASC becoming a nuclear accident disaster?

Penny Wong as Foreign Minister, Richard Marles as Defence Minister and Anthony Albanese as Prime Minister need to have the guts to put defence of Australia and naval manufacturing workers and communities first and ditch ideas of building nuclear powered submarines and finance naval ship building for local needs, not the wishes of the USA!