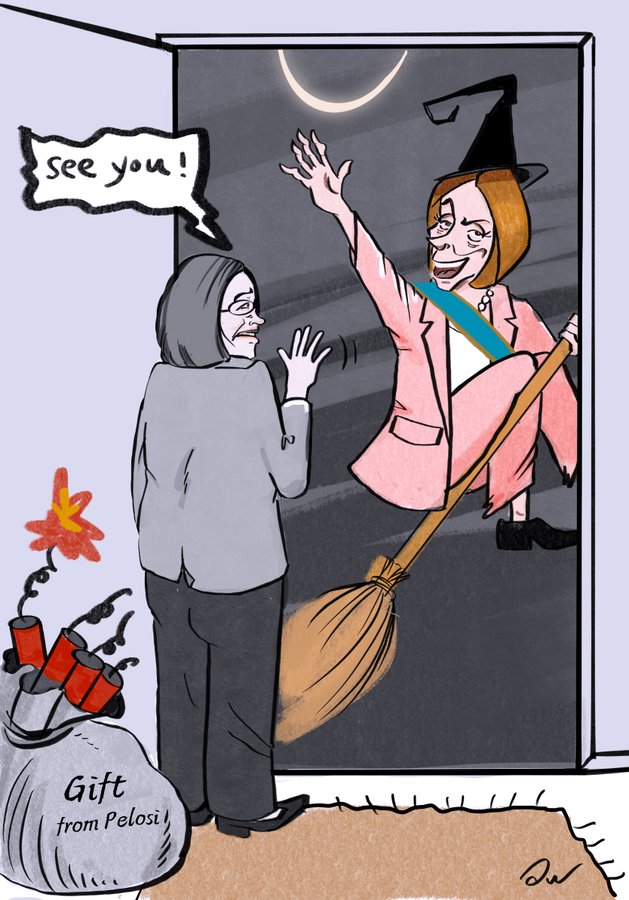 A lot has changed since the Whitlam Labor Government showed the USA the way by establishing diplomatic relations with the People's Republic of China (PRC) in the early 1970s.

The establishment of diplomatic relations with the PRC led Australia to the One-China policy whereby the sole government of China, including the province of Taiwan, was the government in Beijing of the Chinese Communist Party (CCP).

The Nixon government in the USA followed the same path soon after.

However, the USA never ceased its economic and military support for the reactionary Chiang Kai-shek KMT led Republic of China (ROC) government set up when Chiang Kai-shek and his clique fled to Taiwan in 1949. The ROC claimed to be the government for not only Taiwan but the Chinese mainland as well, ignoring the fact of the KMT's defeat by the CCP and the Peoples Liberation Army and the founding of the Peoples Republic of China (RPC) on 1 October 1949.

During the war between the reactionary so-called "nationalist" forces of the KMT and the CCP from 1945-49, the USA backed the KMT and its setting up of a government in the island province of China, Taiwan. Chiang Kai-shek as leader of the KMT in December 1948 ordered the KMT's Central Bank to transport US $500 million worth of gold, silver and foreign currency to Taipei. The KMT also transferred many trained and experienced professionals to Taiwan when the KMT (and their USA backers) could see the writing on the wall that the CCP and the Peoples Liberation Army were going to win the war against imperialism and its supporters in China. The exodus of capital to Taiwan was a deliberate attempt by the KMT to sabotage what was already a mainland economy damaged by years of imperialist plunder and war.

The Australian Governments from 1949 up to the election of the Whitlam Government went along with the position of the USA regarding Taiwan by failing to recognize the PRC.

Every Labor and Liberal Government since the Whitlam Government has played the USA game of One-China policy but in practice recognizing Taiwan as an independent state rather than as a province of the Peoples Republic of China.

Taiwanese exports to Australia in 2020 were worth $5.1 billion and included refined petroleum, telecommunication equipment, motor cycles and bicycles.

Taiwanese investment in Australia in 2020 was $15.6 billion, an increase of 50.9 % year on year, mainly in the resource and banking sectors.

There are 9 Taiwanese banks in Australia, more than from any other economy.

Australian exports to Taiwan include tourism and education. Prior to restrictions of Covid 19, 20,000 students from Taiwan came to Australia in 2019 to study and 194,610 Taiwanese visitors came to Australia on short term tourist related visas.

For decades the PRC has said it wants peaceful reunification, even at one stage saying Taiwan would maintain its own standing army!

As China has moved further away from the socialist road and as the USA has become more provocative towards China as China has grown to rival the USA on the world stage, the likelihood of peaceful reunification have become more unlikely.

In a war between the PRC and Taiwan's ROC backed by the USA, it is predictable that the Australian Government will support the latter without hesitation. This will be due to the Australian Government's subservience to the USA ideologically, politically, militarily and economically and to maintain its economic relations with Taiwan as outlined above. The main reason the Australian Government maintains the facade of its One-China policy is that the Peoples Republic of China has become such a major export destination for Australia's mineral wealth, particularly iron ore.

Millions of people in Australia have come to Australia to escape wars, oppression and abject poverty from all parts of the globe. The last thing they want is a government leading them in to an imperialist led war. Albanese Government will be short lived unless it charts a course independent from the USA and any other big powers.