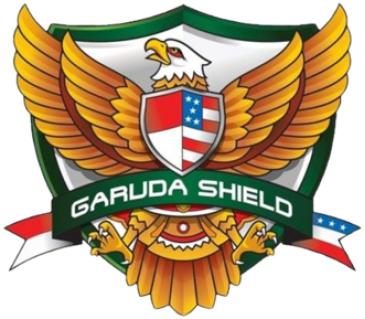 Recent high-level diplomatic initiatives with Indonesia and other regional countries, however, have revealed the predicament confronting the vast Indo-Pacific region: US-led foreign policies have been foisted upon the region without consideration for important domestic economic concerns.

The 2022 Garuda Shield US-led military exercise is the largest ever with the addition of Japan as a major regional player, with its defence forces joining the US, Australia, Singapore and Indonesia, together with Canada, France, India, Malaysia, South Korea, PNG, East Timor and the UK also participating as observers. (1) Moves, by pro-US figures in Japanese politics including the late Shinzo Abe, for the country to 're-interpret' Clause Nine of its pacificist constitution to enable it to become a fully-fledged regional hub for 'US interests' and Asian diplomacy, have now become a fact of life.

For the first two weeks of August the Garuda Shield participants will act out simulated war games in North Kalimantan and on Batam, the noted gateway to Indonesian islands and the South China Seas. (2) According to an official Defence Department media release, 'the drills were 'unprecedented in scale and sophistication'. (3)

At least 4,000 Indonesian and US troops from all defence services 'will share war tactics, simulate fighting and search and rescue operations with forces from Australia, Singapore and Japan in South Sumatra and on the Riau islands'. (4)

The military planner of the 2022 Garuda Shield exercises have also drawn on other factors: in the lead-up to the military exercises, for example, the US Navy moved the USS Ronald Reagan aircraft carrier and its strike group from Singapore to the Western Pacific toward the South China Seas. (5) The moves follow an almost continual sabre-rattling stance by the Pentagon, sending shock-waves across the vast Indo-Pacific region.

Secondly, the Garuda Shield military exercises have also coincided with a regional high-level diplomatic series of talks conducted by US House of Representatives Speaker, Nancy Pelosi, who has visitited Singapore, Malaysia, South Korea and Japan, together with a provocative stop-over in Taiwan. (6) The US diplomatic delegation has also included house foreign affairs committee chairman, Gregory Meeks, and other members of various house committees with responsibility for the intelligence services and armed forces. (7) A delegation containing such high-level dignitaries is clearly not intended for frivolous diplomatic exercises based on little other than courtesy calls.

In another high-level US diplomatic position, US Joint Chiefs of Staff Chairman, General Mark Milley, visited Canberra in late July, where he met US Indo-Pacific Commander Admiral John Aquilino alongside Australian Defence Chief, General Angus Campbell: brief media releases from the Defence Department noted the deterioration in US-China relations across the region. (8) Why it took such a high-profile meeting to note the obvious, while the main causal factors were left unanswered, is particularly revealing.

Pelosi’s visit to Taiwan has already led China to send aircraft and vessels into the Taiwan Straits as tensions between the US and China escalate. (9) China remains very sensitive about the Taiwan issue. These high-level diplomatic rivalries should, therefore, not be under-estimated: in late July, for example, Assistant US Secretary for Defence for Indo-Pacific security affairs, Ely Ratner, noted that 'it was only a matter of time before there is a major incident or accident in the region'. (10) US-led military planning and exercises are increasingly likely to become 'real-war scenarios'. There is a wealth of information to suggest that is their stated intention.

As US-led diplomatic rivalries escalate across the region, however, other factors have considerable bearing upon important allies. China has become a major trading partner of choice in recent decades, and Indonesia is no exception. From the latest economic statistics China has already become Indonesia's largest trading partner. Last year, the two-way trade amounted to US$124.3 billion, while Japan as the main US Asian hub, was only Indonesia's twelfth largest source of imports. (11) Indonesia, therefore, at the end of the day is hardly very likely to want to seriously upset China, in fear of serious disruption to its chosen trade pattern. Such developments reveal the changing balance of forces taking place across the Indo-Pacific region: in coming decades the changes will become even more pronounced.

US-led regional diplomatic initiatives across the Indo-Pacific have, therefore, not been established on a particularly strong base of support. While the Pentagon has been quick to state the Garuda Shield military exercises are intended to 'develop interoperability and modernise our militaries collectively to ensure they could meet whatever challenges that China poses', the longer-term outcome will amount to little other than wishful thinking. (12) Rather, various countries participate in US-led diplomatic ventures, as they have with the Garuda Shield military exercises, from a position of short-term political expedience.