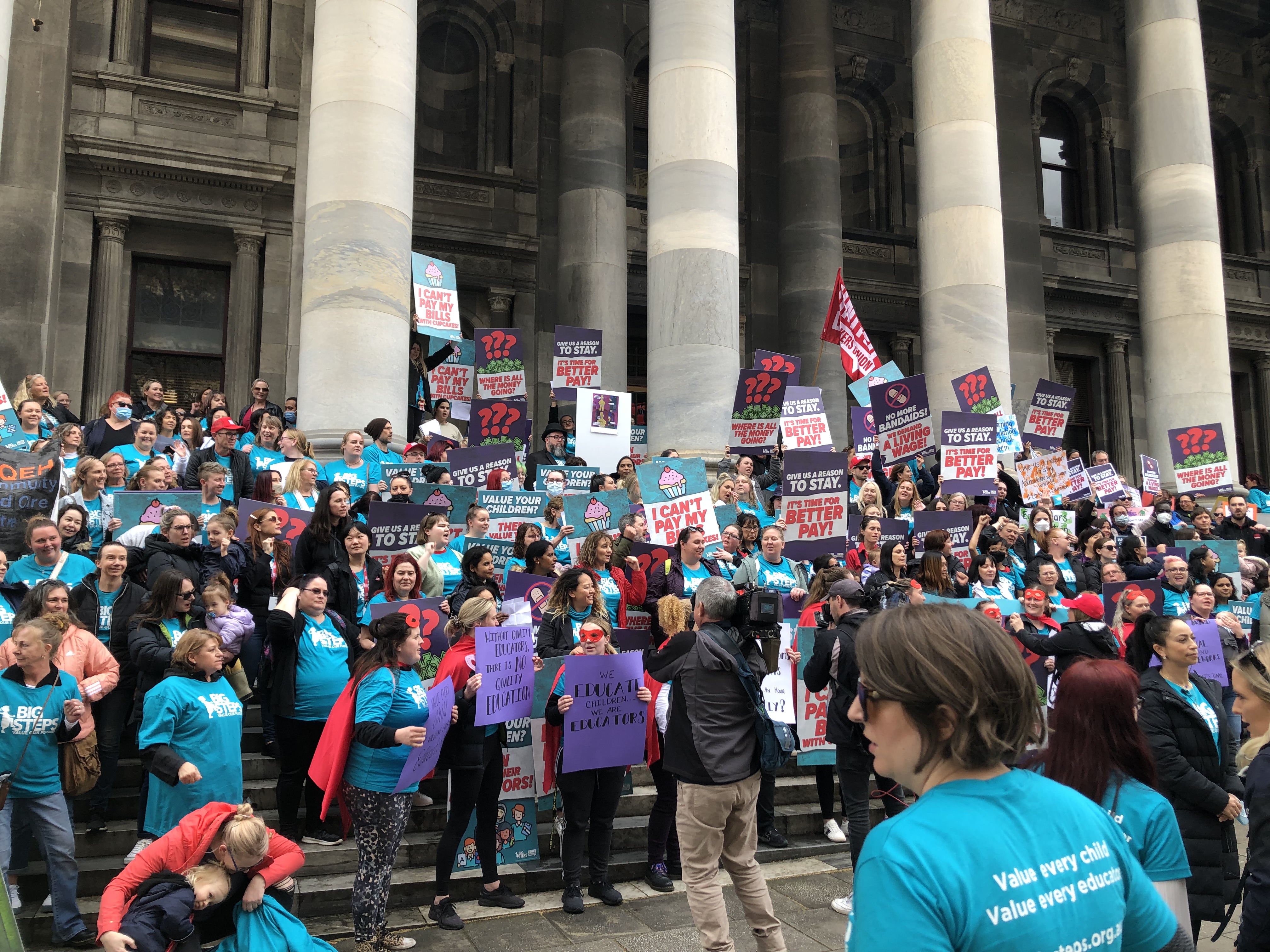 The strike action on such a large scale was an escalation of action by mainly women workers to press their claims for better staffing levels, respect and recognition.

The fact that over 1,000 Centres were shut down for the day of action showed that workers have an expectation that the Albanese Government will provide the funding for Early Childhood Educators to be paid considerably more than the average $24 an hour they receive now.

Under the Gillard/Rudd Government years of 2007-13, their Union estimated that the wage for a fully trained Early Childhood Educator in 2013 should have been $26 per hour. Nine years later, in 2022, a fully trained worker in this sector is still not at a base rate of $26 per hour!

The pressure is on the Albanese Government to "deliver" for these workers as the Government knows it will not get away with allowing an increase in wages in this sector to be funded by increasing the care cost for parents.

Historically most funding of the Centres including wages has come from government funding. However, the sector has been one of the many casualties of privatisation over the last twenty years with the private for-profit component of the sector growing at a rapid rate.

The Early Childhood Educators have developed a resilience over the years since they won their first major battle in the early 1990s which was for a distinct Award covering their sector. Prior to that they were deemed "Award free" or paid under a health sector Award at the lowest classification level the employer could find.

Not only have they developed a resilience over their years of struggle for respect, but they have repeatedly found leaders amongst themselves to give public voice to their demands and also become more and more confident in their ability to mobilize for large actions culminating in the nationwide strike action of 7 September.

They have also shown they are not shy in "calling out" federal governments of either Liberal or Labor variety who fail to listen to their demands.

Maybe Albanese should take the advice of Ross Garnaut and bring in a big tax on mining companies to fund the health, education and early childhood sectors and make the multinational corporations "fund" decent wages for these working-class women warriors in the early childhood education sector!