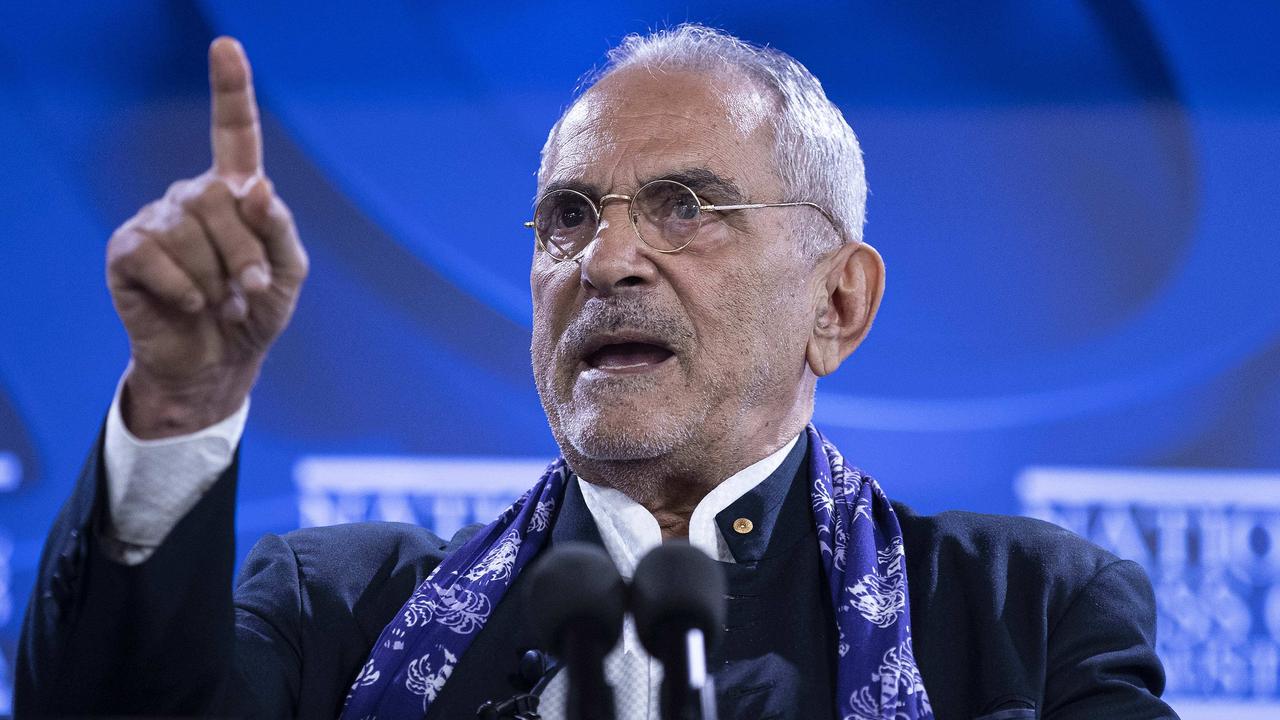 Ramos Horta’s address was well-received by the assembled journalists. This accords with the friendship that Australians have for the East Timorese.

Present at the NPC luncheon was Bernard Collaery, the courageous lawyer against whom the Australian government had conducted a legal campaign of threat and harassment. This was related to his defence of the case against whistle-blower Witness X, who had exposed the Australian government’s bugging of the East Timorese government whilst negotiations were occurring over arrangements for the development of oil fields in the seas between Australia and East Timor.

Following his talk, Ramos Horta faced questions about the environmental risks of developing the processing of oil and gas from the Greater Sunrise field in the Timor Sea.

Whilst there is much sympathy for the East Timorese, who once again are in conflict with Woodside Petroleum and Australian leaders, this time over where the gas should be piped for processing – to Darwin, 450 km away, or to Tasi Mane on Timor-Leste’s south coast (150 km away) – he shrugged off environmental concerns about developing fossil fuels.

Timor-Leste is quite poor and sees the oil and gas as a potential source of jobs and wealth. Ramos Horta even good humouredly suggested Timor-Leste could become the Dubai of our region.

He correctly accused Europeans of having "polluted the whole world with coal, with oil and everything that you can imagine. And we, unfortunately, discover oil and gas only now."

Indicating a commitment to the development of the project with private finance capital, Ramos Horta said, "We are not Venezuela with nationalised companies … no need to fear".

Prominent Australian friend of Timor-Leste, Andy Alcock, noted that "many sympathisers worry about the huge amount of the Timor-Leste national income that has already been spent on Tasi Mane and the long-term feasibility of the project as the world turns away from fossil fuels and the price of oil is likely to decline as fossil fuels are phased out."

Alcock, Information Officer with the Australia-East Timor Friendship Association (South Australia), added: "Another big question is will the Chinese provide the money for the processing to go ahead in Timor-Leste?"

Ramos Horta has dismissed concerns over China’s possible financing of a pipeline to Tasi Mane, saying that "We're not talking about maritime security. It’s just a pipeline! And China will be just an investor. Australia rented the Darwin port to China; no one lost sleep over it," he joked to some laughter. Well, we did - we do not support any Australian port being leased to or owned by any overseas interests.

Alcock also said that "even if the oil and gas is processed in Timor-Leste, it will not provide many jobs and the nation urgently needs to develop other industries to become more economically viable."

Why award a war criminal?

Alcock also drew attention to another controversy in which the Timor-Leste President has been involved and over which he has faced scrutiny at home.

"Before the Timor-Leste President came to Australia," said Alcock, “he has been in hot water from FALINTIL veterans and widows because on FALINTIL Day 20.8 2022, he gave a meritorious medal to former TNI General AM Hendropriyono who was responsible for war crimes in Timor and in Indonesia itself. And he was also involved with the murder of the courageous Indonesian human rights activist Munir."

Alcock quoted a lengthy press release from FALANTIL veterans and widows, describing the award to Hendropriyono as "heartbreaking" and calling on the President to withdraw the declaration of the award.

Developing nations should not be forced through poverty to rely on polluting fossil fuels for revenue for their peoples.  There is a strong case for the imperialist powers and advanced capitalist countries to compensate them for leaving fossil fuels in the ground.

Whether it is US imperialism through its Australian lackeys, or Chinese social-imperialism in competition with the US and Australia, no big power should finance climate-wrecking fossil fuel projects.

There are complexities when the future of an impoverished small nation is at stake, but solutions must be found which deny imperialism the opportunity to profit through further destruction of nature and humanity.