The masses can do anything 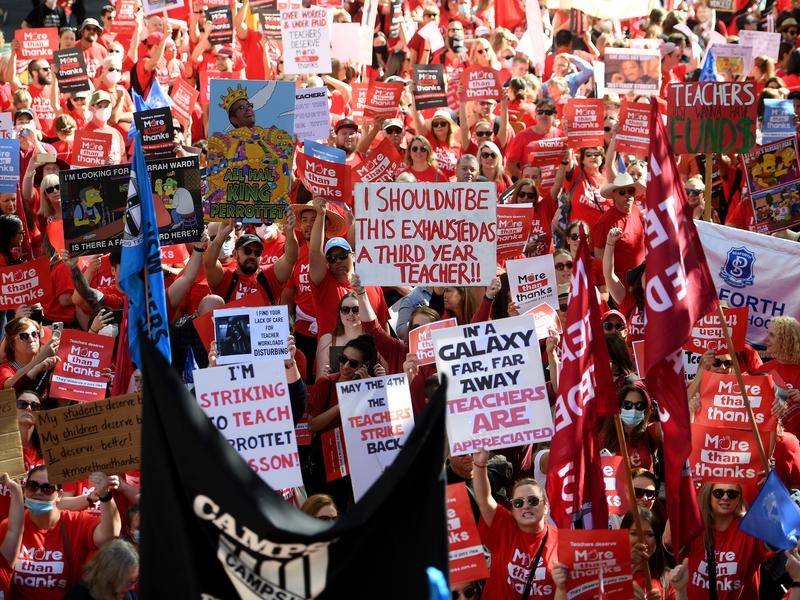 Across Australia, more and more workers are joining the tremendous upsurge in working class struggle. Teachers and nurses, rail, airport, maritime and healthcare workers, and others will have to come to terms with a fundamental truth of capitalist Australia: the ALP administration is nothing more than a committee for the ruling class that will not reverse the skyrocketing inflation imposed by the multinational corporations.

Everywhere, more and more workers are realising that they can only rely on their collective struggle. Their honeymoon period with the ALP administration will be short, because living standards and access to fundamental needs of life such as housing, dental, healthcare, food is under an all-out attack.

Only parasites attack the source of their lifeblood – the multi-national corporations are such a parasite. They feed on the wealth that the Australian working class creates, and then deny us our right to live.

The energy of working people is limitless, potentially all-powerful. Teachers and nurses marching in defiance of the law know this well – rail workers, airport workers, maritime workers and healthcare workers are rightfully pushing the boundaries. The laws of the Fair Work Act aim to straitjacket and divert them, while the forceful apparatus of the police and army, designed as a suppress them, is held in reserve.

Where force is not required, the ruling class will rely on their agents within the union movement to deny working people of their right to harness the only true power they have, which is in the hearts, mind, optimism, creativity and democratic will of their membership.

All forums with a closed door are designed to control and suppress the power of the masses to do anything. The masses have the right to smash down closed doors. The ruling class has no right to deny working people the full profits that come from their labour. Struggle empowers workers – it is impossible to deny this when immersed in the energy of the teachers and nurses marching in defiance of the law. The power of truly standing by each other cannot be underestimated.

We fight for socialism as fish in the sea of the masses. The masses are our teachers and have an endless experience of struggle. It only requires one spark for more sections of the working class to join us. The brave actions of nurses and teachers in particular leads to the questions amongst other workers ‘They’re doing it, they’re not putting up with it, why not us?’