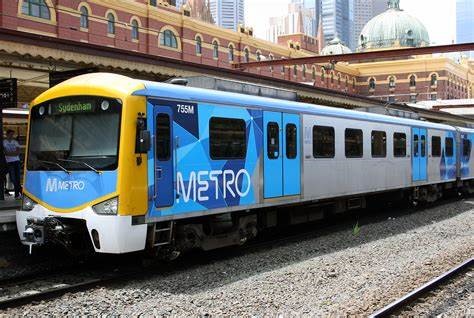 One team. One Metro. As far as Metro Trains internal corporate ‘ethos’ goes, it’s about as bland and as uninspiring as it goes, and as when most of these things come to the crunch, it’s bullshit.

Metro management has sent out an email to all staff asking them to volunteer, yes you read that correctly, volunteer their time to act in a customer service role during the Spring Racing Carnival.

The Spring Racing Carnival and the Royal Melbourne Show are two of the busiest times of the year on Metro’s network and extra staff are always needed to support local staff. The way that this has been managed since even before privatisation is that all extra shifts possible are allocated to local part timers. Any shifts remaining are then open to be filled from part timers all across the network. If a few happen to remain, full timers can be offered overtime. Finally, if all shifts still aren’t filled, labour hire can contracted to perform the most peripheral roles. This has never been required, however, due to the ever increasing part time culture of work at Metro, all hours are readily snapped up.

Spring Carnival work can be some of the most dangerous of the year for Station Staff due to the fact that packed and delayed trains and drunk and often drugged up customers are not a good mix, with staff caught in the crossfire. It is no place for a person without experience in this environment to be. Recognizing this, the Rail, Tram and Bus Union has immediately filed a dispute notice.

Metro management must be confident that they will be able to find the requisite amount of scabs (scab is not a word I ever use lightly, but doing work that someone else would be paid for is a scab), otherwise they would not have posted the ad. The question is, who would be interested in doing such a thing?
Plenty in Metro’s bloated middle management section would be happy to do so, thinking that sticking their brown nose further up their bosses arse might get them a promotion.

Sadly, some part time station staff may be tempted as well, in a misguided thought that winning ‘brownie points’ could lead to the coveted full time position. They must be spoken to and have it explained the very serious effect scabbing will have on their reputation.

There are many theories as to why such a grubby course of action has been taken. It may just be an attempt by Metro to introduce and normalise such a practice. It could be an attempt to split the workforce. The most commonly discussed theory however, is that a certain manager’s bonus is linked to the amount of public holiday penalties are paid to staff per year, the lower the better for her. With an extra holiday being introduced to celebrate (whoops, sorry) commiserate the death of a Saxe-Coburg-Gotha who married her cousin, this certain manager may be clamoring to save her bonus. We may never know.

One thing is for certain. This grubby corporate behavior from a foreign multinational in charge of a vital public services demonstrates more than ever that our public transport must be just that again, public. Rip up the contracts and give the system back to the people!