China: A revolutionary summary of the experience of the current state of the campaign in November. 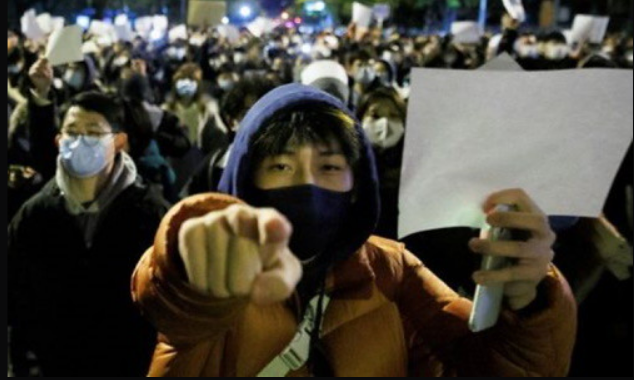 Above: "White sheet revolution" by Trong Khiem Nguyen on Flickr.

(Our Party has received the following contribution. We print it in solidarity with Chinese comrades struggling to lift the spontaneous struggles currently taking place in China to a higher level of conscious action – Eds)

I see the problem with the movement groups over there, it's always good to have movements. But there is too much liberal thinking in there, still trying to divorce the movement from politics, still thinking that this completes a completely decentralised rejection of highly organised action. This is essentially action for action's sake, a completely blind submission to the limitations of the present situation without a clear purpose and scientific judgement of future forms, or active steps towards qualitative transformation of the movement and its expansion.

Is this movement going to keep on pointlessly fighting with eggs and stones? Since we have less power now, we should concentrate on guerrilla warfare and wars of annihilation, rather than fighting the police hard. For example, we should concentrate our forces to see if we can control the jamming vehicles (1) , so that the information about the isolated and blocked frontline struggle in different parts of the country can have a chance to spread to the whole country and the movement can be sustained. We need to expand the political influence of the movement, but we also need to do other kinds of propaganda and joint work to influence other classes and other masses, to help them transform their own reality through the struggle, and to let them know that the influence of the class struggle is spreading, all in order to get more people involved and at the same time to preserve our strength.

Instead of maintaining decentralized demonstrations, how can we avoid seeking to further decentralize the energy, and only use it to consider personal safety, such as what to do if you are caught by the police? But we haven't yet given more consideration to more serious matters and to more of the problems that we need to care about and solve. This kind of erroneous thinking is still very naive. 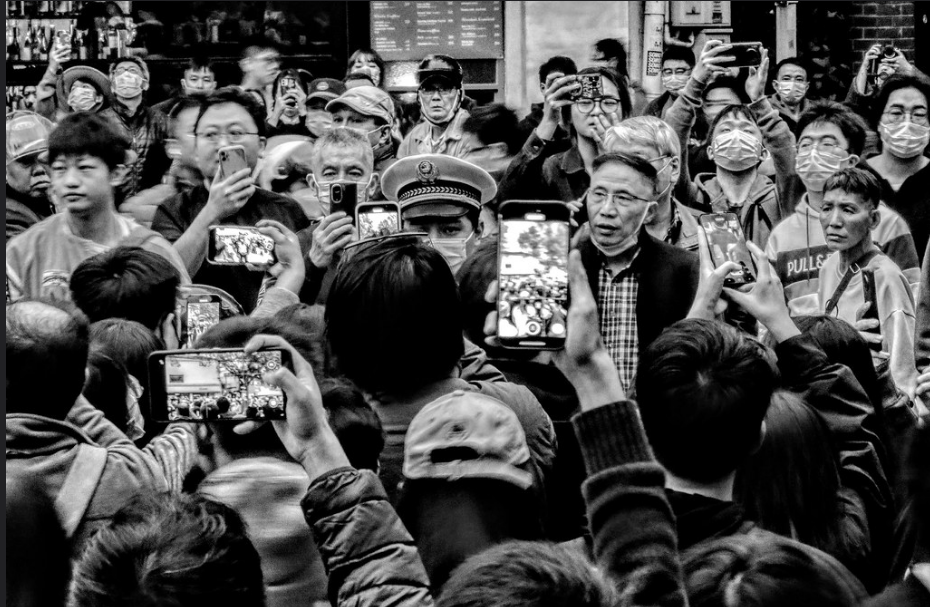 Why did the climax of the movement pass so quickly? Why is the low tide coming back so soon? Are conditions for launching the next movement more difficult with more brutal attacks and repression? Why can't the movement continue? This is the childishness of the early days of the movement, and it is something we need to grow up and correct quickly. There is no revolutionary action without revolutionary theory, and today's status quo has sounded the alarm for us! Without the use of scientific revolutionary theory to guide our actions, the realization of the revolution is completely impossible.

At the same time, the miserable existence of our oppressed class determines that our confrontational actions, armed actions, and military actions can only be carried out in the most economical way, and the people's war can only be the most economical war, and its construction will be far greater than their destruction. It can only take a thorough mass line, and must achieve the best integration with the entire oppressed masses and classes.

Therefore, we need to develop a red armed force in the movement, a small red guerrilla group composed of our comrades. It can only be armed with Marxism-Leninism-Maoism, which is currently the most scientific and only theory that can undertake the mission of the entire revolutionary history. Then a tightly knit, highly organised military force is formed. Such an independent, highly politically conscious, tightly knit and highly organised team with a scientific revolutionary doctrine would be able to extend its influence on the masses and expand our influence at the height of the movement. Such a team is also in a position to be able to do all kinds of difficult and demanding military activities, expanding the entire duration and intensity of the movement. On the other hand, this kind of team can save its strength to the greatest extent during the low period of the movement due to its rigour and mass nature so that it can act under the best possible conditions for the next movement.

(1) Electronic jamming car: An interference vehicle with electricity as the main power, which by emitting long-distance EMP rays, interfere with the people’s social and other media, causing them to lose control and enter a chaotic state, in order to achieve the state’s own goals.