US strips Australian citizen of rights 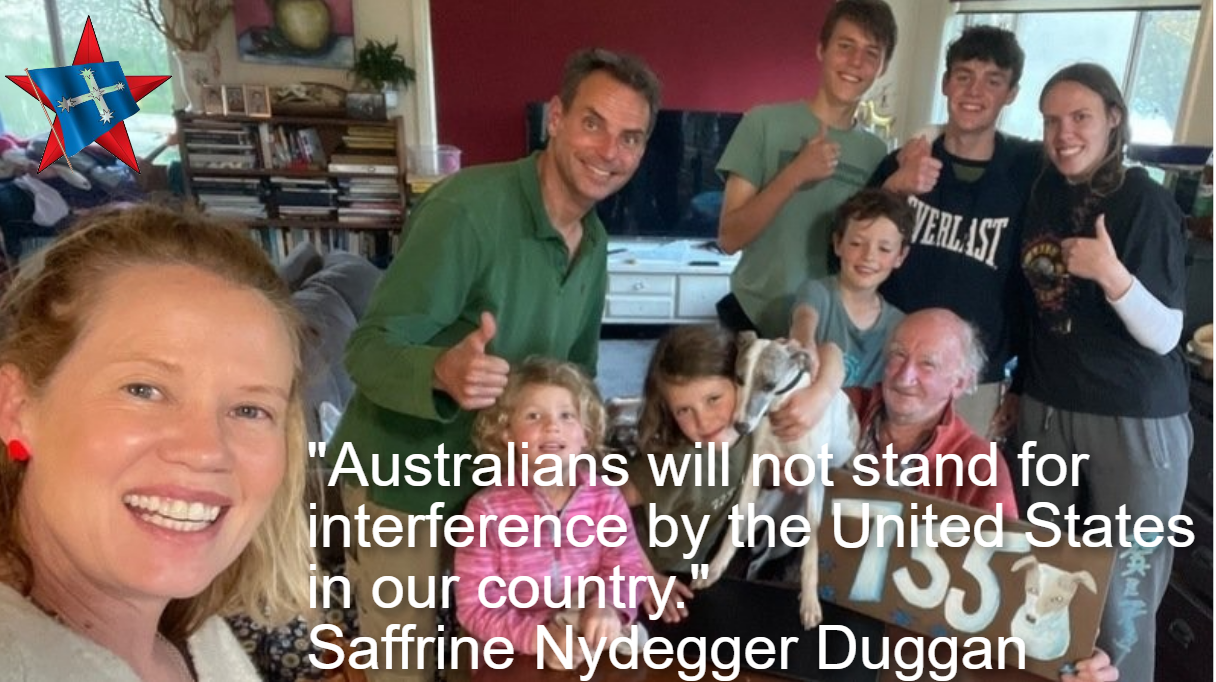 An extradition case being played out with a Cold War spy drama has raised serious civil liberties issues for all Australian citizens. The case also has serious implications for the sovereignty of Australia and the nature of its 'alliance' with the US, particularly with the South Pacific and what actually constitutes espionage.

All governments remain apprehensive about 'spy cases', which invariably reveal unintended and confidential information from within the corridors of power.

Australia is no exception: subsequent legal proceedings, if they take place in an open court, may, therefore, prove highly incriminating for government departments and officials who prefer to remain anonymous and linger in shadowy, grey areas of Canberra.

The arrest of US-born Australian citizen Daniel Duggan on 21 October following information published in the British media about thirty retired military pilots accepting lucrative contracts from the Chinese government to train Chinese fighter pilots, barely made big time reading. Coverage, in Australia, remained rather limited and heavily edited to avoid unnecessary publicity about the present US-led Cold War raging in the Pacific region. Duggan, however, was noted as a former US military pilot who had spent ten years flying, amongst other planes, Harrier 'jump jet' fighter planes.

Duggan was informed he had been 'arrested as part of a co-ordinated effort by the Five Eyes countries who share an intelligence pact: the US, UK, Australia, New Zealand and Canada'. (1) The Five Eyes possess highly sophisticated signals intelligence monitoring facilities which readily access most telecommunications systems. In recent times it has had its main focus on the sensitive areas of the Pacific where China has made considerable in-roads into favourable diplomacy with many countries. The moves led a US congressional committee in 2018 to conclude the US was no longer the dominant power in the region. (2)

It has led to a flurry of US-led diplomacy across the region which has included the Partners in the Blue Pacific in June with the UK, Australia, New Zealand and Japan, aimed to 'forge closer connections with Pacific governments'. (3) It was followed by the US-Pacific Island Country Summit in Washington in September attended by leaders or representatives of fourteen countries together with the Secretary-General of the Pacific Islands Forum and Australia and New Zealand as observers. (4) It was noted in official diplomatic media releases that the outcome was 'a new milestone in US-Pacific co-operation … underpinned by shared history and values', together with $810 million for expanded programs. (5)

The diplomatic moves have also been accompanied with widespread regional surveillance and intelligence operations which appear primarily focussed upon China's aid and trade programs and the questioning of their validity for possible dual-use for their military, particularly in the case of the Solomon Islands where the Cold War has become very hot indeed. (6) The Melanesian countries of the South Pacific are regarded as particularly sensitive, forming a buffer to protect the sovereignty of Australia's northern approaches.

China's aid programs and planning to upgrade maritime and air-fields and landing strips have, therefore, come under specific scrutiny in the case of the Solomon Islands, where the government in Honiara has a special security pact with Beijing. Prime Minister Manasseh Sogavare, a devoutly religious man, has become a 'bogey-man' and crypto in the eyes of the US and their underlings in Canberra. The leasing of Tulagi Island to the China Sam Group in 2019, for example, met with outright hostility from Washington and Canberra; it was suggested it 'could also have served a dual-use purpose for military objectives'. (7)

It is, therefore, relevant to note Duggan had been associated with a controversial South African-based company closely aligned with AVIC, a Chinese operation which had planned to establish an 'aviation hub' in the Solomon Islands as part of the recent security pact between the two governments. (8) It is also relevant to note the South African company had information on their website about facilities for training test pilots 'in an unnamed 'far-East  Asia location', without specifying where, indicating China may have planned to out-source training to other countries. (9)

An ex-Marine pilot who has known Duggan for almost 20 years said it was well known Chinese companies had been recruiting military fliers – and he struggled to comprehend why Duggan would now be targeted for arrest.

“I can’t imagine what secrets he would have, that he would pass along, that would have caused him this much trouble,” said the ex-Marine, who requested anonymity because he still worked for a commercial airline. “I think the China work was pretty well known by most ex-military pilots. I would have first heard about it well over 10 years ago … it’s just that it’s recently made the news.”

The ex-Marine pilot said Duggan had been “working for a company in China doing CRM training” – referring to cockpit resource management, a set of procedures used to improve flight safety. (9a)

Following his arrest, Duggan, was detained under what has been described as the 'most restrictive conditions known to Correction Services'. (10) It has included denial of treatment for a prostrate condition and pens to document his objections. His lawyer, Dennis Miralis, has described the repressive conditions as 'extraordinary, unprecedented, unjustifiable treatment, he believed was the result of foreign interference … in 22 years of practising criminal law specialising in extradition, I have yet to see anything as remarkable as this'. (11)

It was also further noted by Miralis that, 'as we informed the court, this is unprecedented, to have an Australian citizen being placed on the most severe inmate restrictions akin to people convicted of terrorist offences and multiple homicides in circumstances where he has never been in trouble with the police neither in Australia or anywhere in the world'. (12)

Duggan has not been charged with any legal offences, although the US government is seeking his extradition. He has been an Australian resident since 2002 and citizen from 2012, and renounced his US citizenship. The US government, nevertheless, announced in a legal hearing in late November that Duggan had three options: he could waive the extradition, consent to it, or contest the eligibility and surrender to the US'. (13) The US, it would appear, have taken a very broad definition of the term espionage in the case, where it would usually be defined in legal proceedings in a very specific and narrow manner of providing assistance to an adversary.

Duggan's alleged business relationship with Su Bin, a Chinese-Canadian businessman who was later jailed in the US on espionage-related offences in 2014, likewise, has also remained at the level of an allegation of an unspecified and not clarified nature: criminal charges and their resolution by conviction remain based in proof beyond reasonable doubt from evidence presented in a court of law, not by mere association or liaison. The fact the information was not presented in court by Trent Glover, representing the US government, but leaked to a major Australian media outlet remains evidence, in itself, of underhand behaviour designed to create an under-current of popular opinion against Duggan. (14)

It remains highly relevant to note Duggan has also denied breaking any US or Australian laws. A legal hearing in late November resulted in an official complaint being filed by Dennis Miralis with the Australian Attorney General and the Inspector General of Intelligence and Security about the 'secrecy provisions' surrounding the case, as well as the conduct of Australian security services involved in the extradition. (15)

The US have until 20 December to lodge formal legal proceedings, marking the sixty days from arrest of Duggan and his detention. It will be interesting to note their planned response and acceptance of Australian law and regulations. And whether any forthcoming legal formalities are dealt with in an open court, to enable observers to access the relevant information about the extradition request. No doubt government officials in Canberra are already undertaking possible 'damage limitation' procedures and advice about further legal hearings taking place in secret.

The Duggan case has thrown further light on the sycophantic nature of the so-called 'alliance' where the US retains the right to dictate terms and conditions to compliant governments and officials in Canberra.

These are dangerous Cold War developments which have far-reaching implications for all Australian citizens, particularly those who have worked for joint enterprises, part and/or wholly controlled Chinese businesses either in Australia or elsewhere, or as expatriates with foreign governments regarded by the US as not being compatible or in line with 'US interests'.

If the US is allowed to use its broad definition of espionage to secure the extradition of Duggan, he may be the first of many to meet the same fate. Journalists, academics, teachers and researchers, will be particularly vulnerable, together with anyone who has had access to sensitive information, either from public sources or elsewhere.

Australians historically have expected more of their governments and legal systems; the arrest and detention of Daniel Duggan is a disgrace and totally unacceptable,