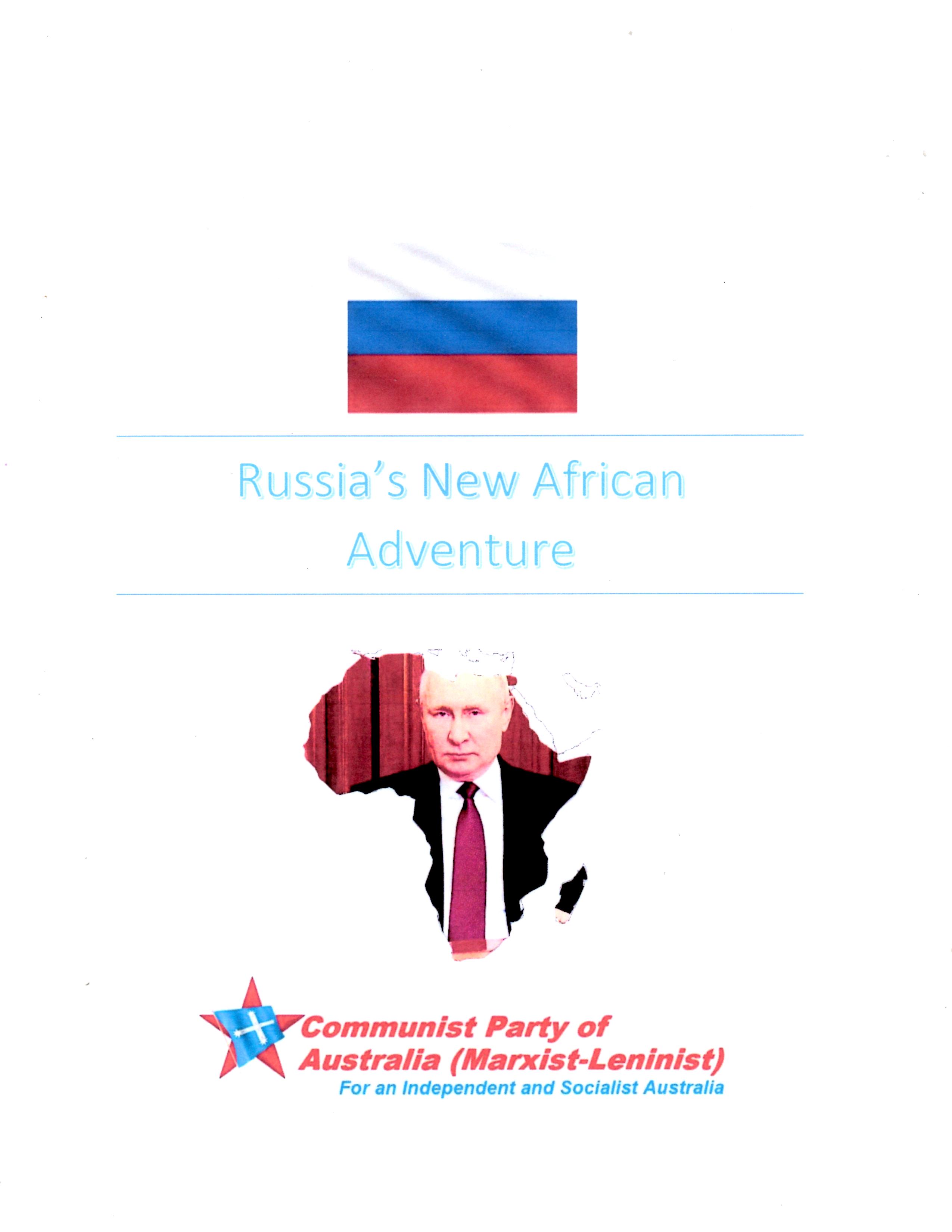 We have a new booklet posted on our website.

It is a country-by-country survey of Russia's growing presence in Africa.

This is not to ignore the greater presence of US, European Union countries, and Chinese imperialisms, but it is to try and examine the means used by Russian imperialism to build its influence beyond the conflicts on its immediate borders.

Alongside the two articles on Russian imperialism in our latest issue of the theoretical journal Australian Communist, this booklet contributes to an understanding of Russia as a growing imperialist power. Such an understanding is important given that some on the Left sympathise with Putin's invasion of Ukraine, and support Russia's actions there as a necessary response to NATO's eastwards expansion and the existence within Ukraine of a fascist element who have conducted violent attacks on ethnic Russians in Ukraine's Donbass region.

We acknowledge those provocations, but reject acceptance of Russia as something other than an imperialist power.

Greater clarity on this matter wil be required for correct responses to future instances of inter-imperialist rivalry and warfare.

Our publications can be found in the Booklets section of the Media and Archives drop-down menu on our home page.