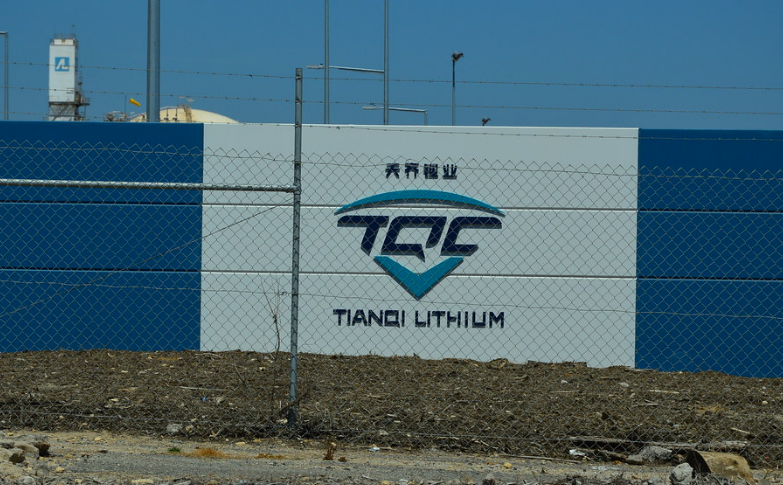 Chinese lithium miners, amongst the biggest in the world, are increasing their involvement in the extraction of this strategically important mineral.

Lithium is an essential component of electric batteries for the electric vehicle growth industry and China is a major EV manufacturer. But behind the apparently civilian application of lithium for EVs, there is also a strategic military application.

According to the ScienceDirect website, “Practically every weapon system requires a battery to provide electrical power for various functions. The lithium battery is becoming the “power source of choice” for a large number of these military systems. Lithium technology offers unique solutions to the combination of requirements imposed by military systems — low weight, low volume, long storage life, low life cycle cost, and immediate readiness over the full military environmental condition spectrum.”

The world’s largest lithium producer, China’s Ganfeng Lithium, is mining lithium at Western Australia’s Mt Marion site and owns 50% of the Mt Marion parent company RIM. It also owns a 6.86% stake in a lithium mine in the Pilbara.

Also active in Australia is Tianqi Lithium, the world’s third-largest lithium miner, which has the Greenbushes lithium deposit in WA, the world's largest hard-rock lithium mine, 250km south of Perth.

In 2021, it formed a joint venture with Australia company, IGO Ltd, founded in 2000 as Independent Gold NL. For some years, Independent Gold explored for gold, copper and nickel in Africa and Australia, but divested itself of these activities to concentrate on lithium.

The IGO and Tianqi joint venture company, Tianqi Lithium Energy Australia Pty Ltd (TLEA), is 49% owned by IGO and 51% by Tianqi. TLEA owns upstream and downstream lithium assets, including a 51% stake in the Greenbushes Operation and a 100% interest in a downstream processing refinery at Kwinana in Western Australia to produce battery grade lithium hydroxide.

Australia could establish a nationally owned company that exercised ownership and control of strategically important minerals. It would then be in a position to increase domestic innovation and support higher value-added sectors, such as high-technology research and development, advanced manufacturing and energy efficiency.

This is a sensible suggestion even from the point of view of the development of capitalism in Australia.

It poses no challenge to capitalism, except that the capitalism that has developed here is largely the capitalism of imperialist monopolies, and for generations, a class of Australian collaborators has served their interests and not those of the Australian people.

Fernandes says of this group of policy and decision-makers whose personnel are found throughout government departments:

(It) is not concerned with nation-building or increasing economic complexity but with creating a permissive environment for foreign investors to carve up Australia’s critical minerals. Its aim is to make Australia a better quarry. (p. 49)

Meanwhile, we allow the lithium itself to go to the two greatest arms manufacturers, China and the US, and the profits from this to go to private institutional investors rather than back to the Australian people.

Until we throw capitalism out and have a socialist Australia under working class state power, the most obvious and beneficial initiatives will never be brought to fruition.

As an example of what could be done by the bourgeoisie well within the limits of capitalist development in Australia, news has just come through of a discovery in Sweden of a substantial deposit of rare earths. The discovery was made by LKAB, formerly a private company nationalised in 1976. See: Sweden's LKAB finds Europe's biggest deposit of rare earth metals - ABC News