January 26 unites First Peoples. We honour them in action. 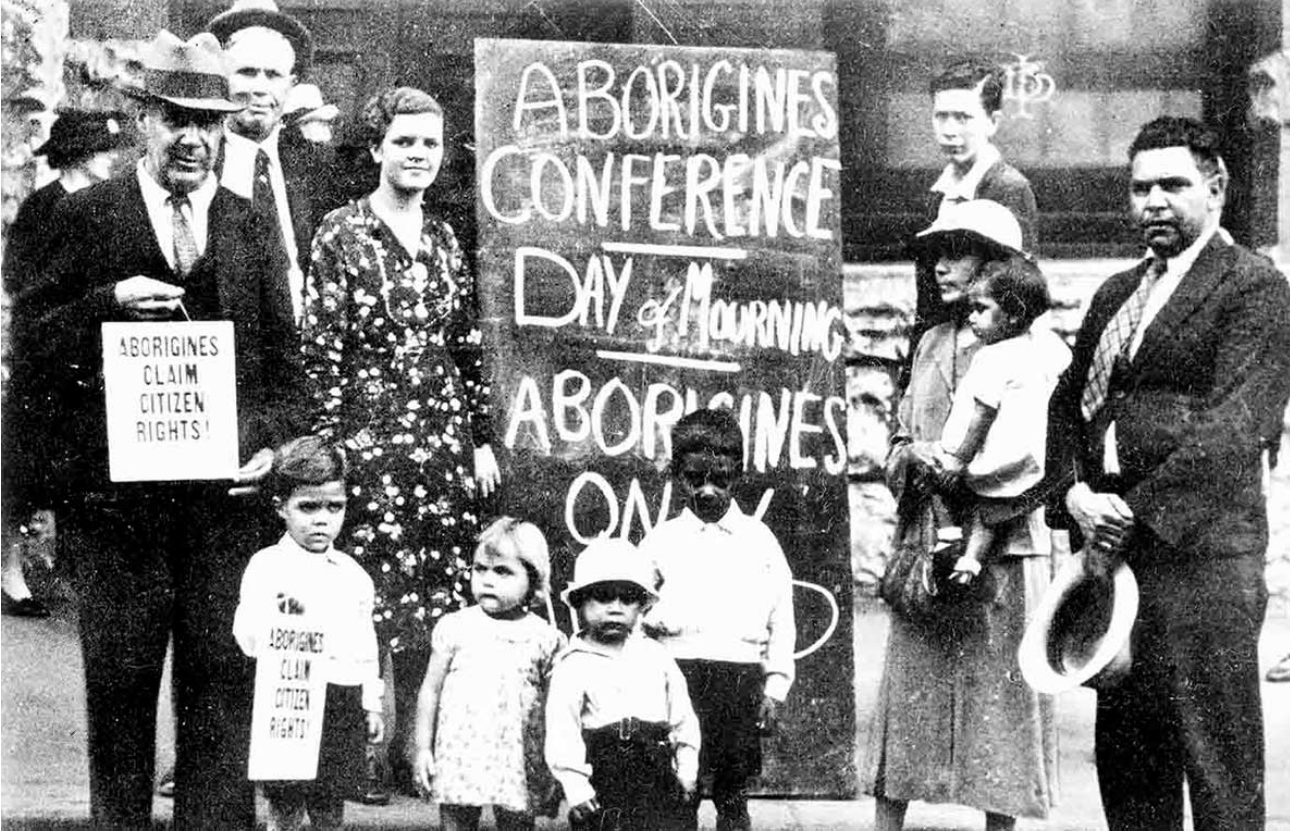 (Above: First Peoples declared January 26 a Day of Mourning on the occasion of the 150th anniversary of British invasion in 1938.  Fifty years later, the ruling class arrogantly declared the first “Australia Day” on January 26, 1988. Who disrespected whose day? Always was, always will be….) 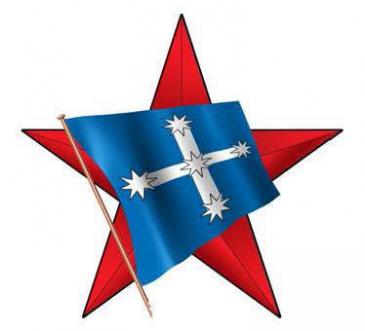 Statement by the Central Committee

“Australia’s founding in 1788” is a myth. Butchered into separate colonies under British flag and rule, Australia and its pitiful, subservient constitution was cobbled together from the divisive colonial states in 1901, still under British thumb.

Senator Lidia Thorpe’s powerful refusal and then forced pledge to the British Colonialist Queen may have offended some people. But the DjabWurrung, Gunnai, Gunditjmara woman told Australia just who parliamentarians promise allegiance to. It is not the people. It’s a foreign power.

Few have read the constitution. It’s a shameful document. It enshrines class rule in the dirty deception of so-called democracy. Democracy for whom? First the invader, then its inheritor, the corporatised ruling class. Now these imperialist overlords wear a US brand. They drill gas wells in thousands, dig, blow up or bury sacred sites under suburbs, damn and poison sacred rivers and more, in these vast and stolen lands and waters.

Deception, divide and conquer, and behind them, force of laws, courts, jails, police, military, from constitution down. Mass murders; genocide of child theft, torture, despair; suppression of culture; poverty:  all by deliberate acts or deliberate failure to act.

Out of isolation
From 1788, First Peoples forced to the edges of “civilisation” were united in poverty. They chose differing tactics of resistance. Some tried to convince the unsettlers to respect their Lore and right to live and thrive. Others sought to overthrow invaders.

Once armed resistance ended, Aboriginal oppression in isolation served the ruling class, until resistance became united across the lands through the working class. Nyamal, Nyangumarta and other Aboriginal pastoral workers in the Pilbara from May Day 1946 and Gurindji at Daguragu from 1966, began to create nationwide alliances. As years passed, their struggles and many others were supported by growing numbers including communists within and outside trade unions.

The 1967 referendum shifted focus to constitutional change. First Peoples saw it as a turning point. The Australian masses had turned towards them. Racism still existed, but 91 per cent had voted for them to be counted in the census and to transfer control from vicious state governments to the federal parliament.
Struggle everywhere ramped up. Federal funding for Aboriginal services followed.

Race powers
Dialectics teach us to look below the surface to understand something, and that a thing may become its opposite, positive become negative, in certain circumstances.

Capitalism did not change its spots. Today, the same shameful lived statistics for the majority of First Peoples, with the addition of substance abuse and child suicides.

The Gurindji waited seven more years to be “given” a piece of their own land. An Australian government had to negotiate with the invader’s Vestey Group! Who actually ruled?

“We are still here”
On 26 January 1988 at the first point of invasion, a Survival Day March brought 40,000 Elders and young from distant clans to Sydney.  Across occupied Australia, united First Peoples declared, “We have survived.”

They told the ruling class, “You tried to wipe us out. You tried to crush us. But we are still here. And we will never give up.”

Ruling class peak body, the Business Council of Australia, was jolted into action. By the year 2000, with million-strong marches of middle Australia, the BCA had already begun implementing a step-by-step strategy of divide and conquer.

Part of it was constitutional recognition.

A second, interconnected BCA policy is to win over some First Peoples. A tiny handful are simply bought off. The majority have been convinced that capitalism is too strong and must be worked with.

They’re told, “If a few get through the door, others will follow”. There are well-paid jobs as consultants, or in mines, media, the arts and so on, and millions in government contracts to privately owned Aboriginal companies.

These lucky ones live different lives, with homes and security, a tiny number in great wealth.

And don’t all people deserve not to wonder when the electricity will be cut off, or medicine be unaffordable, or stomachs empty some days a week? Whether police will jail or kill your child?

Meanwhile centres of First Peoples’ militancy like 1970s Redfern have been dispersed. Of 30,000 residents, 700 remain and more to go from nearby suburbs.
In such conditions, lateral violence breeds the invaders’ internalised genocide within and between First Peoples. Its toll is terrible.

Rolling over us
Reform versus revolution? We learn in struggle for reforms. But, while capitalism exists, compromises by the people are inevitable.

But under capitalism no victory is safe. Lands not stolen in two centuries are being stolen now.

Now, the propaganda of “brutal, failed socialism” is overwhelming.

Truth – that under socialism women held up “half the sky” and more people were brought out of poverty than ever in history – lies in capitalism’s gutter.
Reformers, overwhelmingly honest, support a new referendum, with National Voice and Regional Voices. This can’t change fundamentals.

The BCA has partially sidelined its far-right wing –  particularly sections of the Minerals Council and Murdoch media.

Using an Indigenous NT Senator, this group lies, “There’s no detail” and, “It’s a third chamber of parliament”. When again ascendant, it wants the ability to silence all voices but its own. It knows removing a body enshrined in the constitution will be impossible without upheaval.

On another side, many Grassroots Peoples say the Voice hasn’t been discussed in their communities. They often call for Treaties. Others ask whether those promoted for the Voices will “roll over us again”. They know the ruling class aims to silence their voices, their cultural projects, their efforts to survive.

When does the ruling class amplify the voices of native title applicants with empty wallets and travel costs, couch surfing to attend meetings? Or those hit with massive legal costs for daring to claim their own lands?

These fault lines of distress create struggle. They break into open conflict.

First Peoples will deal with their own people, settle their own disputes, tell their own truths.

January 26 brings First Peoples and their allies together in tens of thousands. They understand ongoing invasion.

Many First Peoples want to overthrow this system, as we do, though we are a tiny minority.

Whatever the result of suggested amendments to the ruling class’s Australian Constitution, we need to create independent forces with united demands.

The ruling class is still much more powerful than the people, but in and around the struggles of First Peoples, a groundswell is already growing.

Standing alongside them in occupied Australia, our united Peoples will one day demand real democracy in action, independence from all invaders, and socialism where profit serves the people not the trillionaires.

When that full understanding and organisation grips the masses, no power on earth will stop them.