Locals stand up to developers at Toondah Harbour 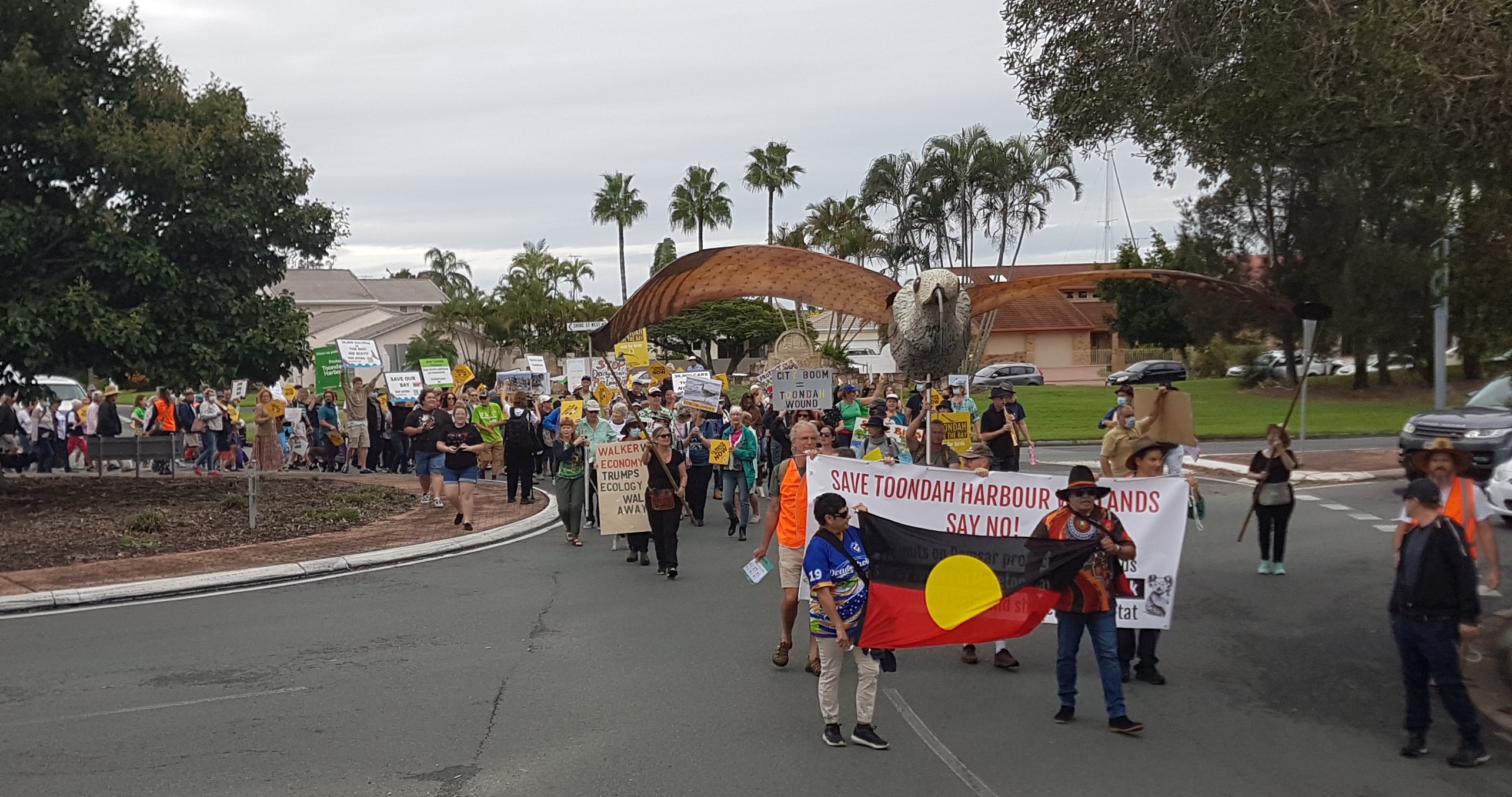 The Cleveland – Redland Bay area of Brisbane is on the shores of Moreton Bay – a traditionally working class and small farming region, it has been gradually “gentrified” over the past few decades as the market farms were sold to developers building large housing estates.

One the northern side of this region is a canal estate, Raby Bay, that was constructed -by filling in wetland and mangrove swamps-  by one of the notorious “white shoe brigade” developers during the Bjelke Petersen era.   Now one of the few remaining wetland areas of the Bay is on the Cleveland foreshore.  It consists of wide stretches of mudflats, and is bordered by mangroves.  Critical as a rest and feeding area to migratory birds such as the Eastern Curlew during their long flights from the Arctic circle to southern Australia, its importance has been recognised by previous Federal Governments as a designated RAMSAR site (the international convention on protection of wetlands).

During the short-lived term of the Campbell Newman Qld Government, this area was designated “priority development area”, so that development could be fast-tracked and any checks and balances ignored.  A large development company, Walker Corporation, has designed a major development on these wetlands, with 3600 luxury apartments.  They pumped hundreds of thousands of dollars into the LNP party at that time.

Local concern and opposition has been growing over the 10 years since this was first mooted, and a campaign has been developing in strength.

Last Sunday over 4000 people, mostly locals, joined together in a rally and march to demonstrate their total opposition to this attempt to steal even more of Australia’s fragile ecosystem for short term profits to large corporations.   The crowd gave a particularly big welcome to ABC Gardening Australia presenter Jerry Colby-Williams, who spoke passionately about the importance to all of us in preserving our environment, and rejecting the manipulations of large corporation.

The march was headed up by local Indigenous people, and a huge model of an Eastern curlew.